For many critics and fans alike, Captain America: The Winter Soldier was, and remains, a Marvel Cinematic Universe highpoint. Part superhero film, part political thriller, the film was massive success and received some of the best reviews of Marvel’s history. The film centers on the corruption and eventual disintegration of SHIELD through HYDRA’s infiltration. Throughout the film, we see corruption has expanded outward into key power positions, including the insidious SHIELD official, Alexander Pierce (Robert Redford).

It’s a film about the risks that accompany placing trust in a governing body, a skepticism that will surely carry over into Captain America: Civil War.

Coming back to it, I still have those issues, but they’re not the deal breakers they once were. It’s probably in my top five as far as Marvel movies are concerned (I’ll count them down at this rewatch’s conclusion).

One point definitely in this film’s favor has to do with the Russo Brothers. Marvel tends to keep its directors on a pretty tight leash, but they manage to allow some personality to seep through the film. In the film’s opening sequence, in which Captain America continually runs past a fellow jogger (future-Falcon, the effortlessly Anthony Mackie), repeatedly shouting, “On your left,” they’re able to show that Captain America, hero extraordinaire, remains humble, polite Steve Rogers. The film makes certain hero part of the equation doesn’t overwhelm the human portion.

Captain America exists as a charmingly antiquated superhero, with the American flag costume and military allegiance of a more idealistic time. His character was inextricably linked with blind faith in the government and authority. Placing him in the more cynical, modern day allows for a poignant disconnect between the past and the present. There’s an element of affectionate condescension even amongst those who admire him. Making him the focal point of a narrative that depicts a government agency rotting from the inside adds a layer of poignancy the film might otherwise lack. He can react to government corruption in a way that the innately cynical Tony Stark or Bruce Banner couldn’t. Rogers is practically programmed to place his trust in authority. The concept that a leadership body could be working against its people is more devastating to an individual who has lost a lot fighting against an organization that is now thriving. Aligning him with the government-abused Black Widow (Scarlet Johannson, making the most of her increased screen time) is another smart decision as it allows her to view Steve’s idealism through the same cynical lens a modern viewer would. 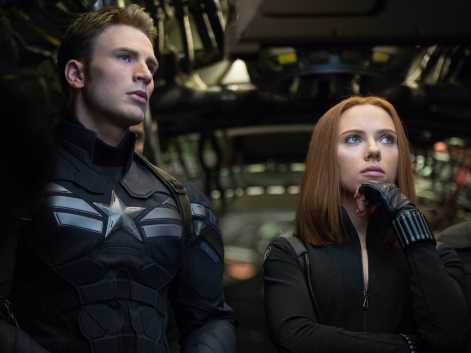 One minor flaw the film doesn’t entirely overcome involved the reveal as to the Winter Soldier’s identity. I went into the film aware that Bucky (an effective Sebastian Stan). When the film revealed his face to the audience, I heard more than a smattering of individuals whispering, “who’s that?” It wasn’t until Captain America confirmed his identity that the audience settled, but it’s clear from that way that reveal is shot, it was assumed Bucky would be instantly recognizable. Yeah, he wasn’t. The film fails at reestablishing what he even looks like, since he hasn’t been seen on film in years.

As stated above, I do wish the film focused more on Bucky than it actually does. Once he starts to remember Steve and the life he had prior to his brainwashing, I remember thinking, “okay, this is where the film’s emotional center is really going to come into focus.” Then, he has his memory erased, and the interesting path I thought the film was going to take just falls away. Bucky’s transformation from the likable protector he was into the ruthless Winter Soldier should be the heart of the film. Instead, it’s just a footnote. 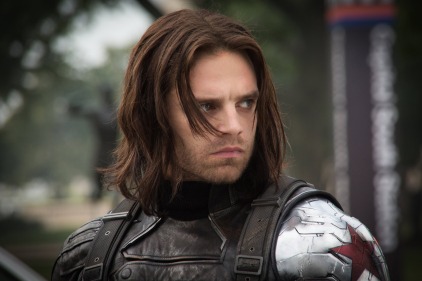 I feel let down by that narrative cop-out, but it’s not the major problem it was upon first viewing. All is forgiven once Bucky and Steve engage in their final fight. It’s as hokey and sentimental as anything, but it works so, so well. It’s poignant and lovely and everything I wanted a film entitled The Winter Soldier to be. The film is astoundingly entertaining, despite some narrative issues. The humor works, the fight scenes are well-choreographed, and the story of Steve and Bucky, his marred comrade is dealt with in a way that nicely sets up where Civil War can go.

Next, Julianne decides if she was truly hooked on Guardians of the Galaxy‘s feeling.