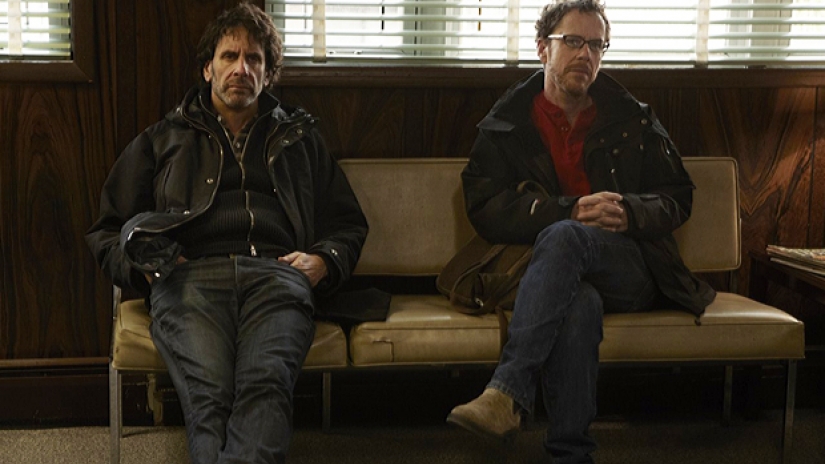 This past week brought two events which furthered the brain drain away from film and over to TV. On Tuesday, 70-year-old David Lynch made a surprise appearance during Showtime’s presentation at the Television Critics Association Winter Press Tour to field questions about the upcoming Twin Peaks revival, which he characterized as more of an 18-hour film than TV series. He, of course, directed all 18 hours (or episodes) of this film (or TV series). Later that same day, The Coen Brothers announced a deal to write and direct their first TV show, a Western anthology series entitled The Ballad of Buster Scruggs.

Lynch’s Twin Peaks will premiere May 21; Buster Scruggs might very well be several years off considering it’s only just been announced (by comparison, Lynch’s Twin Peaks revival was first announced in 2014). However, the Coens have partnered with billionaire daughter Megan Ellison’s Annapurna Television on the project, and are said to be exploring an integrated release model whereby the series would debut in theaters and then air the remainder of its episodes on TV, on whichever network (or streaming service) ends up outbidding the other for the rights.

Before the week, we already knew about Lynch’s switch to TV, which is not particularly surprising. He’s the man who made films like Eraserhead and The Elephant Man before trying his hand at TV with the first run of Twin Peaks, eventually returning to film with a classic like Mulholland Drive and then pivoting toward producing content for the internet. You really can’t just pin him down to one thing. The Coens, on the other hand, have been film purists, recently showing next to no interest in the Fargo TV series in favor of focusing on their latest film projects. However, here they are conceding defeat to progress and taking their stab at long-form storytelling on TV.

This is the part where I should probably talk about the business reasons for all of this, or attempt to re-open the seemingly closed debate about whether or not TV is better than film now (spoiler: It is). But you’ve seen the title I went with. This isn’t an article about the why; it’s about the who. If you want the why I recommend Jason Bailey’s truly stellar 2014 piece of reporting for Flavorwire, “Lynch, Waters, Soderbergh : A Generation of MIA Filmmakers.” Long story short, the entire middle fell out of the film industry, and TV has risen to take its place, turning what would have once been mid-budget, likely Oscar contending films into TV shows.

But where has that left everyone? Lynch and the Coens both predate the indie film boom kicked off by Soderberg’s Sex, Lies and Videotape in 1989, and they are now turning to TV, just as Soderberg has. What about some of the other pioneers of indie film, those names you heard about as being “the next big thing” if you grew up in the 90s into the 2000s? Or to some of the godfathers of the form?

The following is my attempt to answer those questions in the form of a partial list, using IMDB to track down the recent happenings of some of the big indie directors who jumped to mind.

QUICK NOTE: To be clear, “indie” can be a misleading term. Kevin Smith made Clerks off of maxed out credit cards, and then Miramax picked it up at a film festival. That’s indie. Spike Lee, though, made all of his first films in the studio system. However, we still think of him as being part of the indie film revolution. So, screw it. Some of the people I’ve listed? Yeah, their first or second film might not have actually been a true indie. 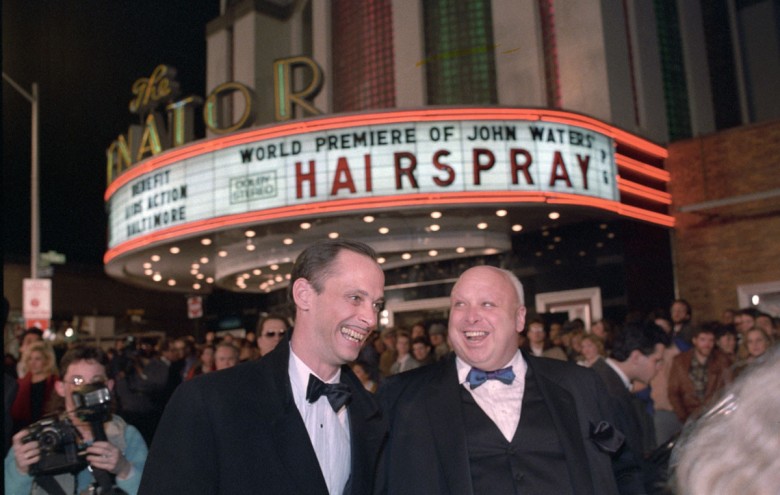 Most Recent Film: A Dirty Shame (2004), Kiddie Flamingos (2015), the latter being a hard-to-find curio in which Waters filmed young children performing a presumably sanitized table read of the Pink Flamingos script (or maybe it wasn’t sanitized at all and the comedy comes from watching their reactions to the material).

Now Directing: Nothing. Waters has traded on his own celebrity with short-lived TV shows like John Waters Presents Movies That Will Corrupt You (2006) and Love You to Death (2006), various acting gigs, speaking appearances, art festivals and books 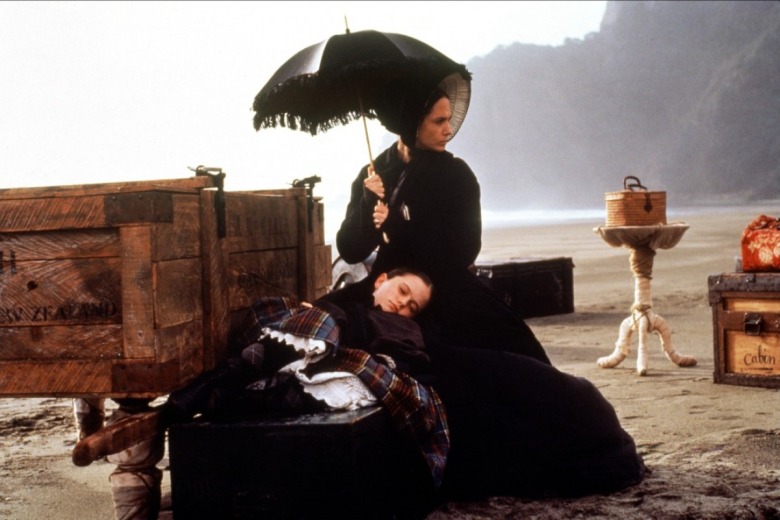 Now Directing: Top of the Lake (2013), which she co-created for Sundance TV. The second season is set to premiere sometime this year. 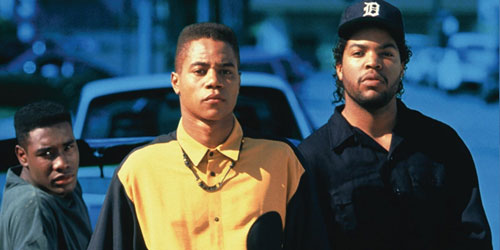 Now Directing: Episodes of Empire, The People Vs. O.J., Billions, the upcoming BET series Rebel and FX series Snowfall, which is about the crack epidemic

Now Directing (and Producing): The Get Down for Netflix 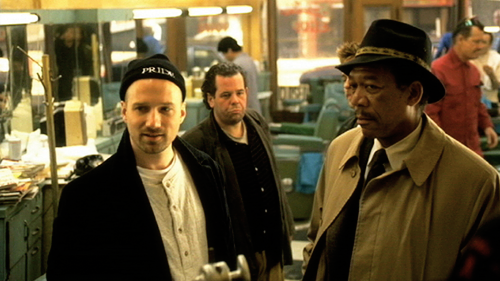 Now Directing: The first 2 episodes of House of Cards before handing off directing duties to others. He has since moved on to a new Netflix series called Mindhunter, starring Jonathan Groff as “an agent in the FBI’s Elite Serial Crime Unit [who] tracks down serial killers and rapists.” Expected to drop on Netflix sometime this year.

Now Directing: Episodes of One Mississippi (which she also executive produces), Orange is the New Black, Unbreakable Kimmy Schmidt 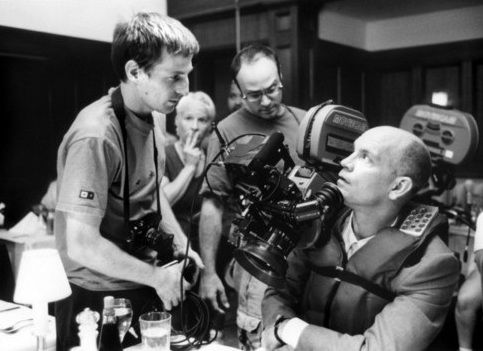 First Film(s): Music videos for nearly a decade before making Being John Malkovich (1999)

Now Directing: Nothing. Instead, he started his own TV network, Viceland which puts out high quality, left-of-center programming that no one watches or even knows about (at least based on my own social media circle, although some people do seem to at least know about Ellen Page’s reality-travel series Gaycation).

Next Film: Nothing listed on IMDB; She was an early adapter, though, directing the Sex and the City pilot at a time when no film director would have been caught dead directing TV 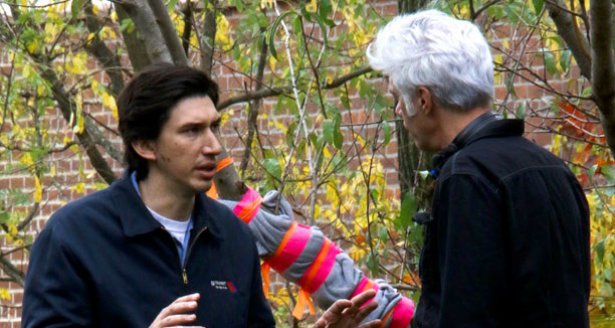 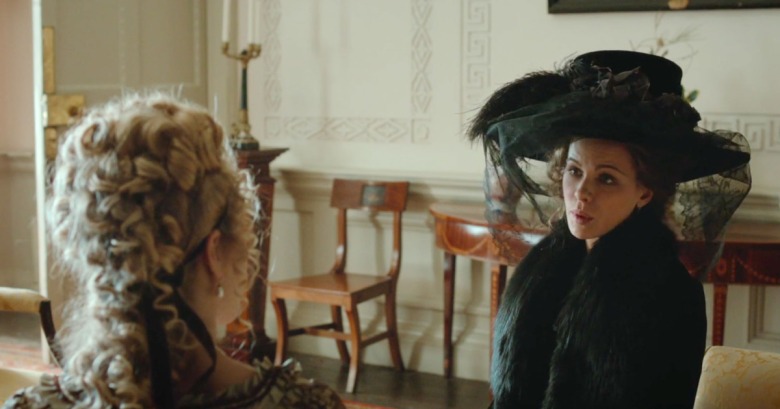 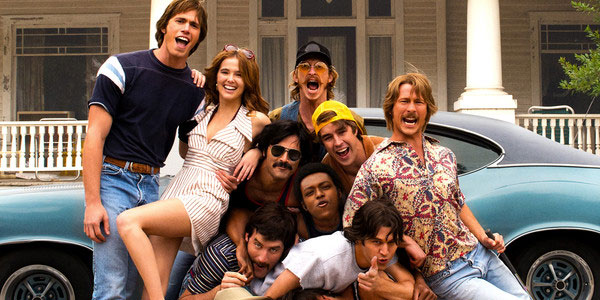 Latest Film: Everybody Wants Some (2016)

Latest Film: The Hobbit: Battle of the Five Armies (2014)

Next Film: The Tintin sequel, if they ever make it, and writer/producer of Mortal Engines, an adaptation of a Philip Reeve sci-fi novel about people in giant wheels attacking smaller cities in a dystopian futur…I dunno. This is literally the first I’ve heard of this. 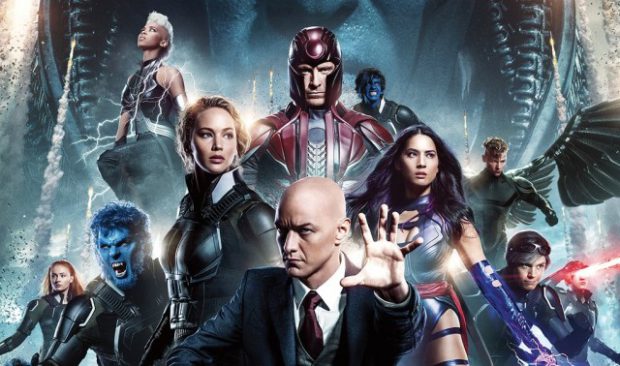 Next Film: Currently unclear. There was talk of a Kill Bill 3 at one point, and he told So, Is It Any Good? a year ago,“I do have an idea for an Australian film that would take place in the 30s. It would be a Bonnie and Clyde-ish sort of story set with a couple of outlaws in Australia. We’ll see whatever happens.” Either way, he’s made his intentions on the following point perfectly clear: after his next two movies he’s retiring from directing and shifting to writing novels and working in the theater.

Next Film: T2 Transpotting (2017), which might just exist to confuse future film fans as to whether they mean Terminator 2 or Transpotting 2 when they mention “T2” in conversation 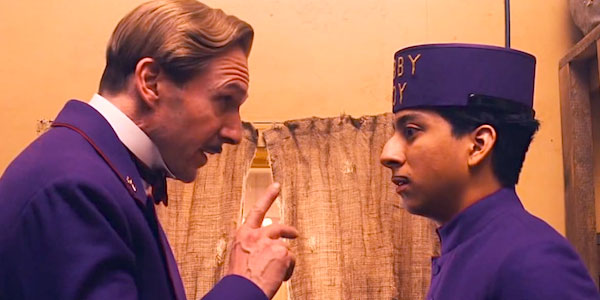 Next Film: Untitled project starring Daniel Day-Lewis, said to be set in the fashion world of the 1950s. Tentatively due out at some point this year. 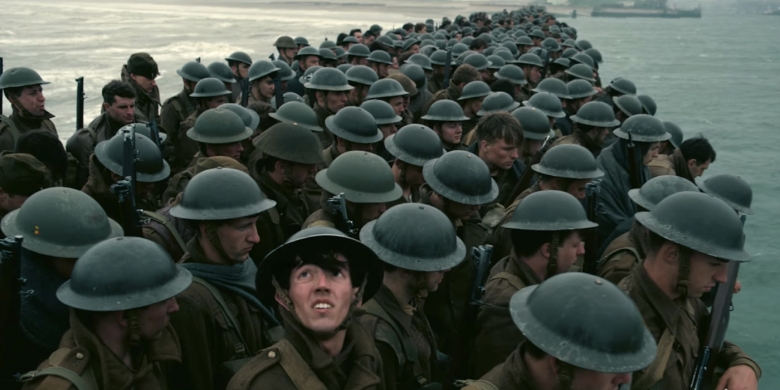 Latest Film: The Bling Ring (2013), the Netflix special A Very Murray Christmas (2015) (her one and only TV credit, something to pay the bills while toiling away on a live-action Little Mermaid film project that never got off the ground)

Next Film: A remake of the little-seen 1971 Clint Eastwood film The Beguiled about an injured Union soldier romancing the various women of a Confederate girls’ boarding school. Colin Farrell steps into the Eastwood role and will be romancing Nicole Kidman, Kirsten Dunst and Elle Fanning. Coppola’s version of The Beguiled is due out this year.

TOO EARLY TO TELL WHICH WAY THEY’LL GO 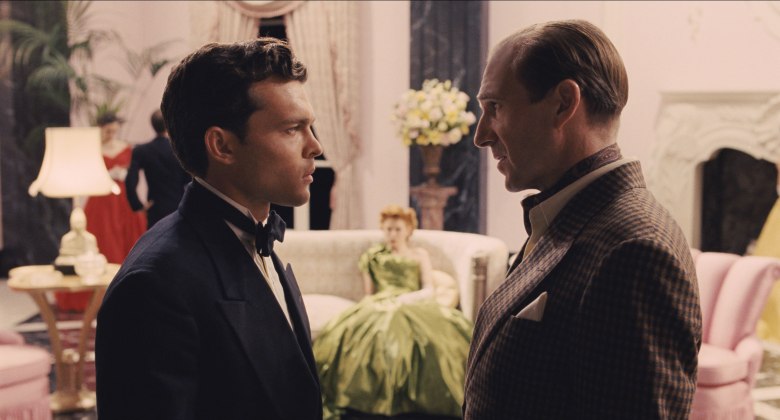 Now Directing: All 16 episodes of a currently untitled TV series for Amazon starring Julianne Moore and Robert DeNiro. Amazon paid big to win the bidding war with other networks and streaming outlets, stepping up to the plate with a two-season order, 8 episodes per season. The show is thought to be a mafia drama.

DIRECTS BOTH FILM AND TV NOW 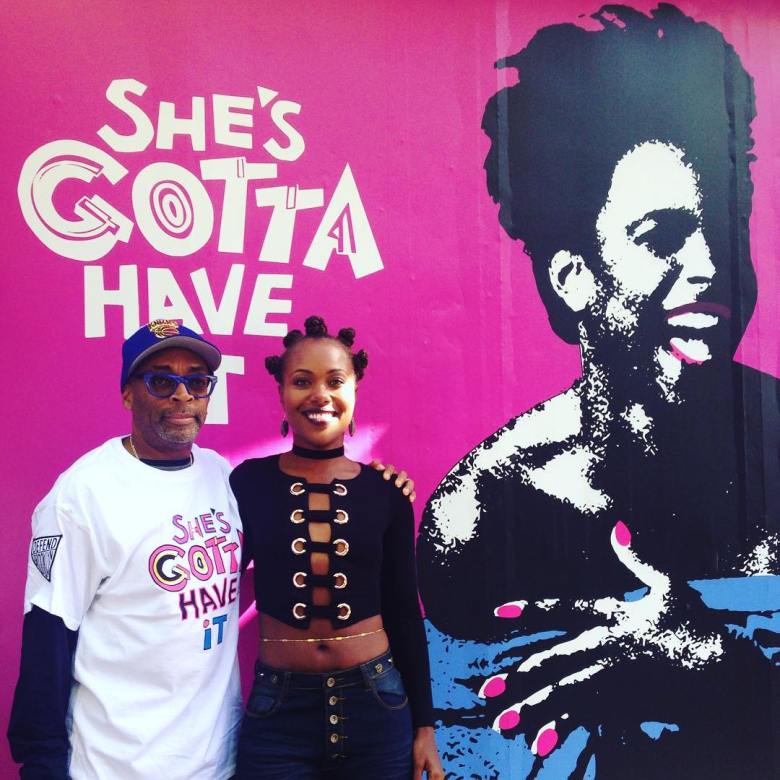 Now Directing: Every episode of Netflix’s TV adaptation of She’s Gotta Have It

Now Producing: Three TV shows (The Girlfriend Experience for Starz, Red Oaks for Amazon and Godless for Netflix) as well as the female-led Oceans Eight film 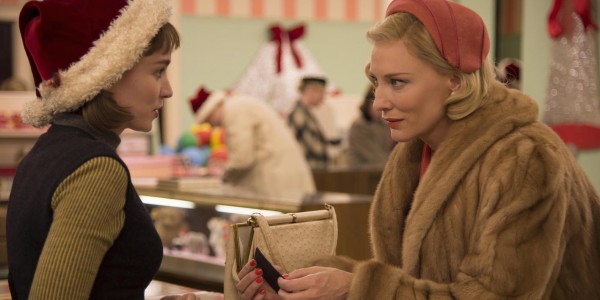 Most Recent Film: On the Farm (2016); a low-budget Canadian movie, her first since Tank Girl

Now Directing: Episodes of Doctor Who, Sherlock, The Flash, Supergirl and Legends of Tomorrow 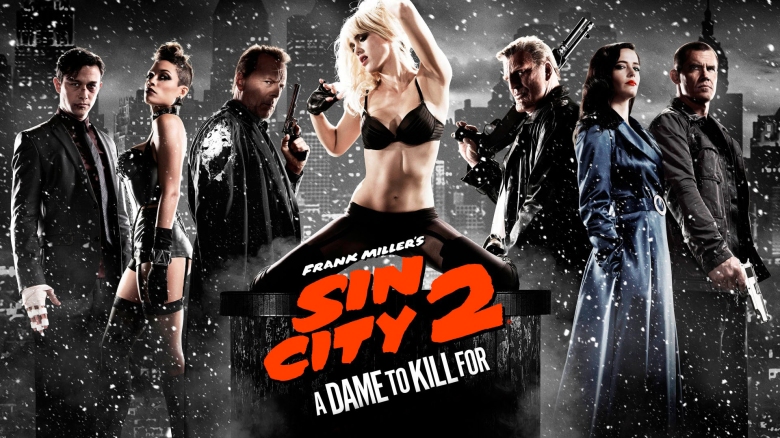 Now Directing (and Producing): He started his own cable network, El Rey Network, directed From Dusk Till Dawn: The Series for it and The Director’s Chair for it and now has two different films he might direct (Machete Kills in Space, Johnny Quest) in addition to a sci-fi movie (Alita: Battle Angel) starring Ed Skrein, Christoph Waltz and Mahershala Ali that is currently filming

Now Directing: Episodes of The Flash and Supergirl and starring/producing various geek-themed reality shows for AMC 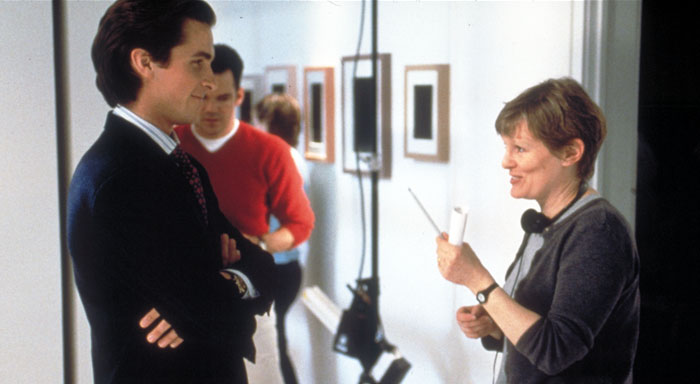 Now Directing: All 6 episodes of a CBS/Netflix TV series co-production called Alias Grace, starring Sarah Gadon as a mid-1800s Irish immigrant accused of a crime she has no memory of committing even though the evidence against her is damning. It’s adapted from a Margaret Atwood novel, and the episodes have all been written by Canadian multi-hyphenate (actress/writer/director/producer) Sarah Polley; After that, Harron has her next film lined up, The Family (2018), about a grad student interviewing members of the convicted Manson family in the years after their trail

Here’s what Steven Soderbergh told The Daily Beast about the switch to TV:

“I don’t think there’s a lot of deep philosophical debate. There are more possibilities in TV, in terms of storytelling, than there are in the movies… Movies don’t have time to find audiences anymore. With TV, it’s nice to feel like you’re part of a conversation that’s going on — as opposed to the movie business, which is only judged by one prism these days: economic.”

“What happened is, when the middle ground fell out in the movie industry, those projects or filmmakers that were more interested in character-oriented stuff, or in more complicated subject matter, suddenly started turning to television. TV has really picked up the slack there, and I think it’s also gained a kind of respectability — there was a time before HBO and Showtime, where it was looked at as not as prestigious. And if you were a director, you didn’t really want to work in TV as much; you were selling your soul a little bit. But that isn’t the case at all these days.”

Who’d I leave out, and what did I get wrong? Come on, you know you want to correct me. Let me have it in the comments.