Thanks to a recent report by Exstreamist we know Netflix is apparently leaving $2 billion on the table in annual revenue by staying commercial-free, which opens the door to all sorts of hypotheticals. But, first a brief history lesson is in order to illustrate the triumph of commercial-free programming in the streaming age:

Netflix launched its subscription streaming service in 2007, and Hulu followed suit a year later as an ad-supported website streaming the most recent episodes of popular TV shows for free. Netflix offered unlimited, commercial-free streaming whereas Hulu simply transported the traditional TV-watching experience to the internet. Thus, Netflix was the true market disrupting innovator whereas Hulu was simply something a bunch of TV studios partnered on to combat online piracy. Hulu didn’t introduce its own monthly subscription service until 2010, by which point Netflix Streaming already had 15 subscribers and was just about to expand into Canada, and Hulu didn’t offer an ad-free option until late 2015, by which point Netflix’s number of worldwide subscribers had ballooned to 62 million and Hulu’s number of US subscribers stood at a mere 9 million.

Today, Netflix generates $8 billion in annual revenue versus Hulu’s $1.5 billion, and Hulu has been leapfrogged by Amazon Prime (which is also ad-free) in market share. As such, there is a clear pecking order in the streaming market, with Netflix up top with no serious threat in sight, Amazon in second place but still growing and Hulu a distant third.

What if Hulu had launched as a commercial-free subscription service like Netflix? It’s hard to say how much of a difference that would have made. Hulu was a brand new venture which still had to explain itself to consumers whereas Netflix Streaming was simply an extension of the immensely popular Netflix DVD rental subscription service. Moreover, Hulu’s initial focus was exclusively on TV shows whereas Netflix offered both movies and TV shows. Still, I lost track of the number of times where when I talked to someone about Hulu back then their chief complaint was something along the lines of “I hate the way it makes you watch commercials.” This line of thought gaining considerable traction once Hulu added its monthly subscription service but still kept the ads.

It didn’t matter that the commercials on Hulu where shorter than the ones on traditional TV nor that ads have traditionally been the way TV networks make money. The simple fact was DVRs had exposed us to a world without commercials (or at least the ability to skip past them), and Netflix provided us more of that whereas Hulu wanted to push us back into the past. It was up to the TV industry to figure out how to make the Netflix model work for them because the consumer had clearly spoken.

And it turns out Netflix left a lot of money on the table to provide that preferred user experience. As I said at the start, Exstreamist calculated Netflix could make over $2 billion in additional annual revenue if it simply incorporated ads the same way traditional and cable TV currently do. Here’s Endgadget‘s breakdown of how Exstreamist reached this conclusion:

By calculating the amount of time a normal television show runs advertisements against the average amount of time we all spend watching Netflix every day, the report found that Netflix could sell upwards of 56 ad slots a day. The average 30 second slot costs upwards of $112,000 per ad, so multiplying that by 56 ad slots, and then extrapolating that across an entire year, you end up with $2.29 billion dollars in potential revenue.

To be clear, there’s no indication that the people at Netflix are either open to or are already exploring the possibility of incorporating ads into its programming. Your commercial-free binge of Santa Clarita Diet right now, Iron Fist next month or Stranger Things season 2 this Halloween is under no imminent threat. Netflix’s identity is so closely linked to the ad-free experience that they likely know better than to mess with that, even if it means sticking with a business model which is built on a staggering accumulation of long term debt. 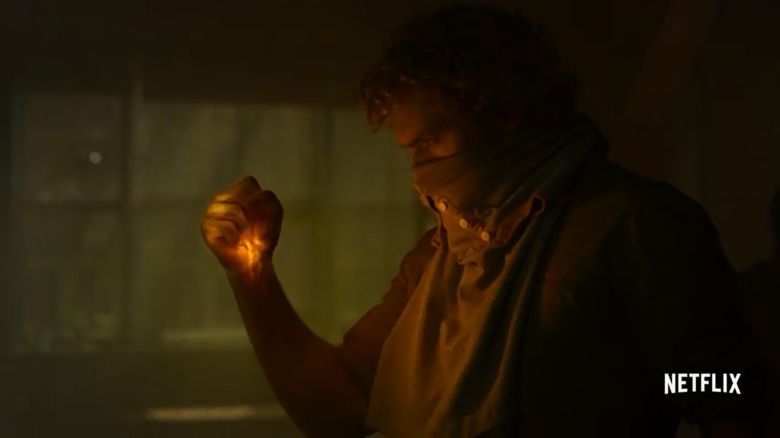 However, this discussion does beg the following hypothetical question: what would you do if Netflix added commercials? Would you instantly cancel your subscription, or is your brand loyalty to/reliance on Netflix so deeply entrenched at this point that you’d simply continue on as always?

According to a recent survey cited by Engadget, nearly 80% of Netflix subscribers would prefer to pay more per-month to continue with their current ad-free experience. This suggests that if Netflix were to mimic Hulu by adopting two pricing tiers (one with commercials, the other ad-free) nearly all of its current subscribers would pay a couple bucks more per month to keep things the same. I wouldn’t exactly be happy about it, but that’s exactly what I would do because cancellation isn’t an option at this point. What about you?