You’ve seen Wonder Woman. So have I. OMG, how good was that No Man’s Land scene, right? You probably have some questions about the plot and future of the franchise. So do I. Roll the spoilers warning graphic and let’s get on with it: 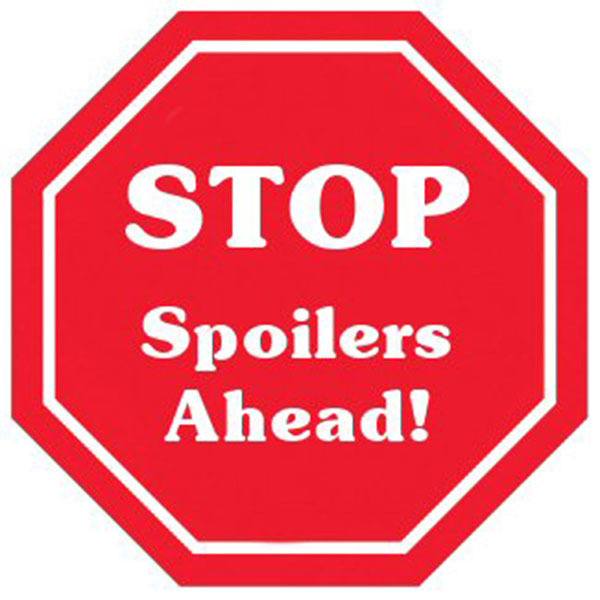 1. Were the Amazons right to keep Diana hidden from Ares by stalling her training and forbidding her from leaving Themyscira? Or was that just a bullshit roadblock the script threw up to add weight to Diana’s hero’s journey?

Answer: Ares admits the moment he saw Diana he contemplated destroying her then and there but held off to see if the weight of the war and disheartening display of man’s inhumanity could weaken her defenses to the point of inspiring her to join his side. So, Diana’s mom appears to have been right that the harder Diana trained and further out into the world she traveled the quicker Ares would be able to recognize her. Plus, the Amazons are crazy strong and determined, but they are still mortal. Ares is a freakin’ god and Diana a goddess. If he sensed her presence and simply swooped into Themyscira to kill her when she was a little girl the Amazons probably couldn’t have stopped him.

2. What is with that gas Doctor Poison gives Ludendorff to return him to his former glory?

Answer: It’s part of the script’s use of Erich Ludendorff as a red herring, a giant misdirection. We are meant to assume he needs the gas to briefly regain his full Ares powers when in fact he’s just some mortal German hulking out. Arguably, screenwriter Allan Heinberg’s intent might have been for the gas to be an early version of the same venom which will some day supercharge Bamne, planting the seed for the DCEU to use Bane should the WB bosses want to re-invite that old “no one can understand what he’s saying” drama back into their lives.

3. Did Steve and Diana…well, ya know?

Answer: Based upon cinematic storytelling conventions, when two characters enjoy a romantic embrace in a slightly darkened room only for the film to cut to the next morning the implication is they’ve had sex. That’s certainly how I read it in this particular scenario, ever so slightly lamenting that the film’s rating and need to be family friendly prevented it from truly exploring Diana’s likely dramatically rich reaction to her first heterosexual experience. Others, however, point to Steve’s earlier explanations of 1910s views on gender roles and sex as evidence that he would never have sex with Diana until they were married. I disagree with that because when she presses him for further explanation he admits he doesn’t think any of it makes any sense.

Ether way, did Diana and Steve make love? The answer is pretty much: did you want them to make love? There is an old-fashioned chasteness and charm to the notion that all they did was kiss, and perhaps director Patty Jenkins highlights the moment precisley because it is Diana’s first kiss, another facet of her femininity and a demonstrative indication of the love and heart which defines her actions.

4. Did Diana and any of the other Amazons…well, ya know?

Answer: Again, this is open to interpretation. Some have seen Diana’s declaration about her knowledge of sexual reproduction and the Amazons conclusion about men being necessary for procreation, not pleasure as an indication that she’s likely already sexually experimented with some of her fellow Amazons before leaving Themyscira. It’s certainly interesting to ponder Diana as possibly being bisexual, but it’s just as likely that the joke is simply a feminist dig at male ego and not an indication of Diana’s sexuality. Ultimately, the film is made in such a way to appeal to little kids AND adults meaning that “did she have sex with Steve?” or “did she fool around with other Amazons?” conversations are left for the adults to decide on their own and for the kids to move past blissfully unaware of any subtext or, indeed, text.

5. Why did Ludendorff seem so interested in talking about gods with Diana during their dance?

Answer: It’s just part of the script’s ultimately weak treatment of its villains, leaning so, so hard into making us believe Ludendorff is Ares before disposing of him and writing him off as just some crazy German. In the moment, we are supposed to believe Diana and Ludendorff are simply talking around the fact that he’s Ares when in fact she’s talking about Ares and he’s talking about…I dunno. Random, evil German guy gibberish, no doubt related to his maniacal devotion to prolonging the war and seeing to it that his country gains the upper hand thanks to Doctor Poison’s deadlier version of mustard gas.

6. Why did Ares simply stand there and let Diana climb on the roof, retrieve her God killer sword from Ludendorff’s body and climb back down to confront him?

Answer: Because he knew the sword wouldn’t hurt him but wanted to indulge Diana. It probably amused him. The real question is why Diana didn’t think it was weird how easy Ares was making it for her retrieve her weapon.

7. Diana has a sword in Batman v Superman, yet her sword in Wonder Woman is destroyed. What gives?

Answer: She simply got a different sword in the 90+ years since her WWI adventure. She’s become the curator of ancient and special weapons at a museum. That’s like The Punisher working at a gun store. She clearly has her pick of swords.

8. So, no one reported seeing two gods wage battle on a German airbase during WWI?

Answer: Well, Diana’s personal Howling Commandos had her back and wouldn’t say anything. All of those random German soldiers on the base, though, let’s just say they couldn’t see everything through their gasmasks, and what little they did see left their memories once Ares’ death lifted the fog of war from their minds.

As for why nobody reported seeing an Amazon warrior laying waste to German soldiers while saving that village….um, let’s just say she killed all the Germans, the only allies who saw it were her Howling Commandos and the poor people in that town were all gassed to death. So, the only survivors were her friends, who clearly chose not to say anything.

9. How much of Steve’s goodbye speech did Diana actually hear?

Answer: None. The way it is presented is the ringing in her ears prevents her from hearing Steve’s goodbye. She knows whatever he’s saying is important and dangerous and she wants to do it for him, telling him as much. However, when she later flashes back to that moment while pondering whether or not to give in to hate over love it’s not like the ringing in her ears being gone means she can suddenly understand everything she heard when the ears were ringing. So, it’s debatable if Steve’s speech is her imagining what she thought he said or if it’s his actual speech but she still didn’t understand any of it other than maybe reading his lips at the end when he clearly said, “I love you.” It’s incredibly vital to the resolution of the film that Diana understands Steve’s declaration of love, but based on the way it’s presented I don’t know that she actually heard him say those words.

Of course, the sound design might be flat out deceitful, and Diana might have heard more of his speech than we did the first time around. But that’s not the way the film plays it.

10. Why didn’t Diana at least try to return home at the end? And will we ever see her properly process the news that she’s actually a demi-god and her mom lied to her? 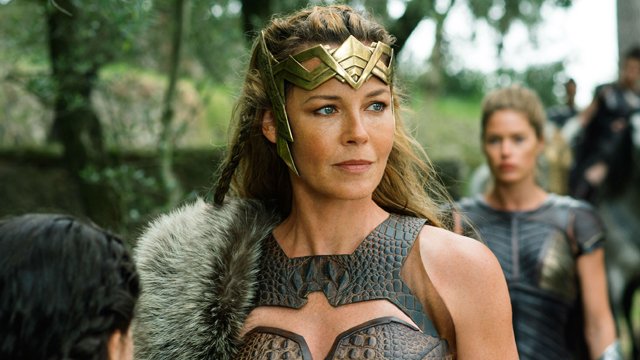 Answer: She is forbidden from ever returning to Themyscira, but I’d argue the Snyder-esque CGI clusterfuck finale could have been cut down to make time for Diana to perhaps attempt a return home to confront her mom over her lies or let everyone know she survived and that Ares had perished. This could have resulted in a wonderfully bittersweet moment of her going right up to the magical bubble barrier and not being allowed re-entry, or perhaps being able to briefly see through it and finding her mother on the beach waiting, the two sharing a wordless goodbye.

Of course, such a moment can still happen in the sequel, but any hope of them following the New 52 example whereby Diana traveled the world and was slightly rudderless while coping with the news that Zeus was her father is probably a lost cause since early talk is any sequel will take place in modern day. That leaves the near century-long gap between Wonder Woman and Batman v Superman as an awkward “then Diana did a bunch of things that don’t warrant a movie” stretch of time.

BONUS: Will they bring back Steve? After all, standard movie rules apply – if we don’t see the actual death on-screen the character is free to come back through some narrative loophole.

Answer: He certainly wouldn’t be the first Steve in a comic book movie to heroically perish in a world war-era plane crash only to improbably emerge remarkably well-preserved decades later. Plus, back when the Wonder Woman TV show changed from a period setting in its first season (WWII) to a modern setting in its second and third seasons they kept Lyle Waggoner in the cast by saying that Steve Trevor (whom Waggoner played in the first season) had a son who happened to look exactly like him and also happened to randomly encounter Wonder Woman in the 70s, decades after his dad had done the same thing. So, since a Wonder Woman sequel will likely be set in the present Chris Pine could always come back as Steve’s great grandson, and if you think that sounds creepy remember Captain America’s love interest in Civil War is the neice of his love interest in First Avenger.

But none of that is likely to happen. All indications are Steve Trevor is gone for good, and Pine was a one-and-done kind of deal.

What are some of the questions you had? Like, maybe what was up with Doctor Poison’s mask? And do you disagree with some of the answers I provided? Remember, we’re taking part in the age old art of geeky nitpicking here, but I’m doing so knowing how much I loved this movie. What about you?