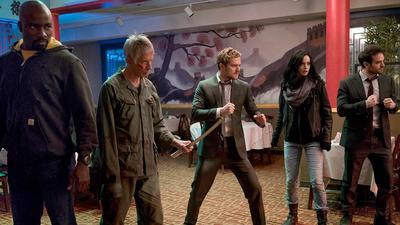 I’ve been writing reviews for these Netflix Marvel shows ever since Daredevil’s second season, and in that time the shows (or seasons) that have really worked have been the ones where it really pained me to have to stop watching long enough to finish an episode review. For example, I couldn’t finish my Luke Cage reviews fast enough as far as I was concerned, but I welcomed the breaks from Danny’s ho-hum Iron Fist adventures.

With The Defenders, that familiar pain is back. In fact, “Royal Dragon” ends in such a way that you’re really not supposed to then stop and talk about what you thought of the episode. No. You just sit back and let Netflix auto-start the next episode and binge to your heart’s delight.

As such, let’s keep this brief(ish): “Royal Dragon” was everything it should be. The heroes met and bickered. Luke and Jessica sent plenty of shade and side-eye Danny’s way. Even Matt eventually got in on that act. SPOILER WARNING Stick dropped a heavy dose of exposition on us, finally giving us a full explanation of The Hand’s history. And in the end Jessica threw a freaking car at Elektra. Good thing one of her new friends is a millionaire because the Royal Dragon has sudden need of a new, um, everything.

The episode reminded me of late-season Game of Thrones in that while there were some important conversations with other characters on the periphery the centerpiece of the episode understandably pulled focus and hogged screen time. It’s just that in Game of Thrones that usually means some monumental battle whereas in “Royal Dragon” it was simply an impromptu dinner between soon-to-be allies. So, while Alexandra’s talks with suddenly shaky Elektra and Mr. “I gut animals while talking about gutting our opponents because, um, subtlety” were perfectly fine they’ll be long forgotten when you look back on “Dragon.” You’ll mostly remember all the perfect little asides The Defenders shared as they struggled to mesh their personalities.

And watching Jessica and Luke get the low-down on The Hand is not dissimilar to Oliver or Diggle learning about The Flash’s time travel over in the Arrowverse. It’s that moment where heroes who occupy the same universe realize that their little corner of that world is nowhere near as weird as they thought given the next-level crazy shit going down everywhere else. Predictably, Jessica’s reactions were the best (and funniest), and the heroes who don’t want to be heroes (Jessica, Matt) had a harder time either understanding or wanting to participate than the heroes who still want to help the world (Luke, Danny). I don’t know that Luke’s arc to this point has been as well articulated as everyone else’s, but I’m going with it, especially since his claim about initially only wanting to help Harlem rings true.

The episode capper, i.e., Alexandra crashing the party, was not quite the monumental moment I was expecting. In my head, I fully expected her to know everything about each of the heroes and to use that knowledge to try and tear them apart. Instead, she zeroed in on Danny, which makes sense plot-wise considering The Hand’s historical relationship with Iron Fist but was a bit of let-down tension-wise since who the hell cares about Danny’s moral dilemma.

But then Jessica threw a car through a restaurant and all was right in the world. 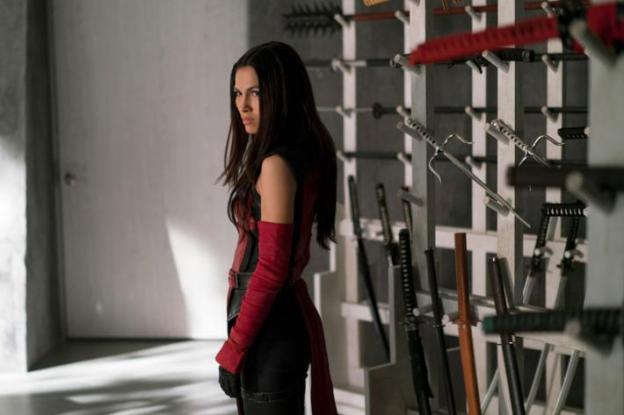 Jessica: “Jesus, am I the only one left who doesn’t know karate?”

On to episode 5. I’ll be adding reviews for each episode all weekend. You can follow along here.