Polar bears, dragons and zombie dragons, oh my. Yes, yes…our fellowship did their thing, and more of them returned alive than expected. I’ll talk about that, but first a tangent: is Game of Thrones turning into glorified fan fiction?

Season 7 has been a lot of fun, and “Beyond the Wall” didn’t really disappoint. It’s just…I don’t know. Something is starting to feel a bit off. I first noticed it last episode, and really couldn’t get away from it in “Beyond the Wall.” I’m suddenly very aware that we are in the David Benioff and D.B. Weiss era of the larger GoT saga, the two showrunners replacing George R.R. Martin as the true authors of the text. This started last season, of course, but it seems all the more apparent this season, especially considering how often the “Inside the Episode” featurettes with Benioff and Weiss include language like “we were thinking…” or “we thought it would be a good idea to…” Everything we just watched in this episode might never make it into the books, whenever Martin finishes them, that is, because most of it seems to be coming from Benioff and Weiss’s imagination.

They’ve earned that, though. No one could have possibly done a better job of adapting (and often times tweaking) Martin’s work in those first five seasons. When he proved incapable of finishing his novels fast enough they took the baton and ran with it, with Martin’s blessing (and slight consultation). They’re two guys who came to this project as superfans, and have now emerged as definitive co-authors.

But the further we get away from the last Martin novel (which roughly corresponds with season 5 of the show) the more false notes we’re starting to hit, particularly this season, which has felt rushed and occasionally frustrating due to its questionable character choices with Bran, Sansa and Arya. For example, there were moments between those latter two in “Beyond the Wall” which I just didn’t buy at all. Arya’s now threatening to cut off Sansa’s face and parade around as her? 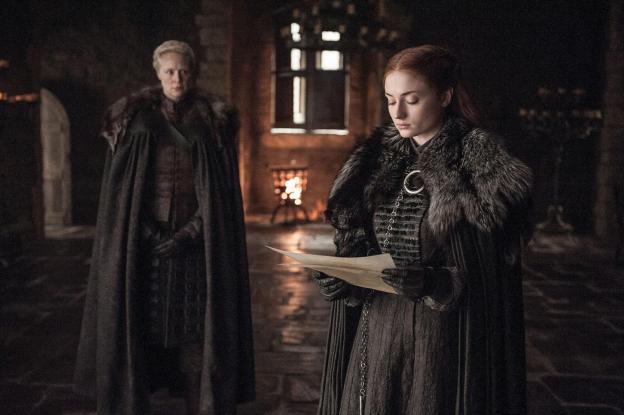 Nope. Nuh-uh. Try again. I don’t care what she’s been through with her faceless man crap. Arya would not turn her homicidal rage on her only sister after just the slightest manipulation from Littlefinger, not with how much family means to her. She’s a black & white rage monster who struggles to see the grey, but surely she’d at least give her sister a chance to explain herself and share the horrifics details of the hell she went through to reclaim Winterfell for their family (she kind of does, but not really).

Perhaps the fault is my own. Perhaps I so longed for a Stark reunion that I failed to recall the enmity Arya and Sansa shared back in the first season. And perhaps after Arya’s massacre of the Freys she really would be a sociopath with an itchy trigger finger (or stabbin’ finger…wait, that’s not really a thing, is it?), even if her new target turns out to be her only sister.

But it doesn’t feel that way. If anything, it feels more like wheel-spinning, something for the Starks to do while everyone is off having a much more interesting season elsewhere. Either that or Arya is running a counter-scheme to Littlefinger’s and playing the part he wants her to before revealing her true plans. I don’t think so, though.

One single objectionable storyline does not a fan fiction make. But how about several of them, such as Cersei’s pregnancy, Jon and Dany’s rushed romance, Bran’s new resting douchebag face, Bronn not dying, Jamie walking away from his brush with Drogon far too easily, the Night King killing and claiming one of Dany’s dragons or Jon being saved out of nowhere by his uncle? These aren’t all egregious missteps, but they’ve all given me pause, enough to make me wonder: Is this really how this story is supposed to end? Or is just Weiss and Benioff’s best guess? 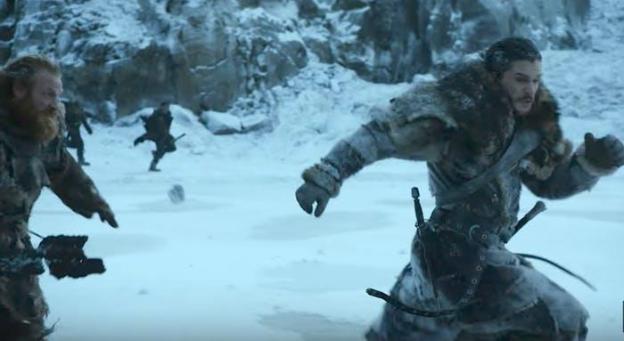 For example, is the Night King really supposed to have a zombie dragon? Doesn’t that kind of feel like a storyline from two superfans looking to do some outlandishly cool shit and not the carefully planned out “and then Jon, Danny and Tyrion flew the three dragons into battle” inevitability? Or is this exactly the kind of twist Martin would want, flipping our predictions of the three riders back on us by revealing the third dragon rider will actually be the Night King? Now if only the good guys had someone powerful enough to wharg into a zombie dragon. Who could that be.

Either way, this is the story we’re getting, even if it’s not the one that was intended. And, really, when episodes are as purely entertaining as “Beyond the Wall” who am I to complain? We were treated to hilarious banter between the fellowship, amazing fight scenes with a zombie animal, a sad death, an ingeniously staged standoff atop a frozen lake and the sight of Dany riding her dragons north of the Wall and laying waste to the damn Army of the Dead. We’d wondered who among the Fellowship would die. Turns out, just the Eye Patch Guy’s priest and a bunch of free folk, and that’s because the true, longer-lasting casualty in the battle came from an unexpected combatant. Poor…um, whichever dragon you were. Not Drogon. I know that much.

And that now leaves us with the looming possibility of dragon on dragon violence. I have no idea if that’s what George R.R. Martin wanted from the story, but it’s what we’re getting and while it might give me pause it’s still pretty damn cool.

THE NOTES I WROTE WHILE WATCHING THE EPISODE 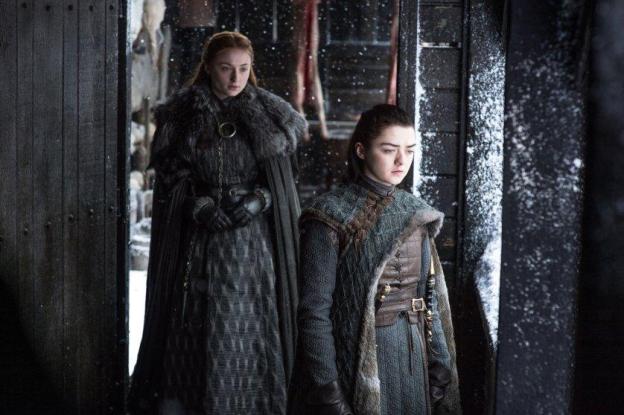 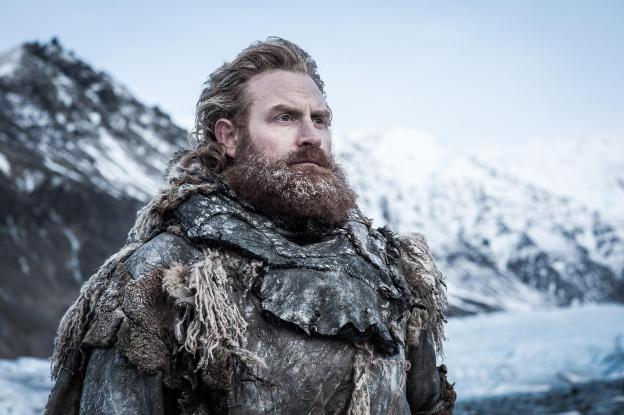 Tormund: “You have to make do.” Oh, you cheeky bastard. Love it.

What did you think of “Beyond the Wall”? And what do you think Cersei has up her sleeve for the finale? Because that gathering of all the Kings can’t go well, not when one of them is as desperate and emotionally damaged as her. Let me know in the comments.