Tales of greed, corruption, and excess in 1980s America are never in short supply, it seems since between 1987’s Wall Street and 2013’s Wolf of Wall Wall Street lies an entire subgenre of film (and TV) which seems to uniformly argue, “The 80s were messed up, man.” Some do so with an eye toward reminding us of our history so that we might not repeat it in the future, or to hold up the past as an uncomfortable mirror to our present, noting how little we learned and how little actually changed. Others seem to simply celebrate the individualistic opportunism of a decade of unfettered capitalism, and revel in the “can you believe this shit actually happened?” of it all.

As a result, you’ve probably already seen or at least heard of movies like Tom Cruise’s American Made before:

A (loosely) fact-based account of one American man’s improbable, practically farcical but no doubt meteoric rise through the drug trade? Didn’t Johnny Depp already do that in 2001’s Blow?

A history of the Medellín Cartel as witnessed by some gringo either doing business with them (ala Depp in Blow) or working undercover to bust them? Didn’t Bryan Cranston just do that in last year’s The Infiltrator?

A black comedy telling of an intricate scam primarily orchestrated by a lovably amoral huckster? I’d say Matthew McConaughey just did that last year in Gold, but a) Gold starts in the 80s but ends in the 90s and b) Come on. Nobody actually saw Gold (ditto, sadly, for The Infiltrator).

What’s new, then, about American Made? What does it bring to the familiar territory of 80s historical crime-drama/comedy?

There are various ways to answer that, such as dubbing this the “Hillbilly Wolf of Wall Street” (as Inverse did in their review) due to its setting in Louisiana and then Arkansas. You can also point to director Doug Liman, cinematographer César Charlone and editors Saar Klein, Andrew Mondshein and Dylan Tichenor’s anarchic style which uses Edgar Wright-esque cuts and montages to delightful effect. The way they mimic the style of the time with their visuals and camera tricks, apparent from the get-go when the modern day Universal logo instantly morphs into the late 70s version in old 4:3 SD, fondly recalls Shane Black’s work on The Nice Guys.

There’s also the fact that this particular true story of 80s excess isn’t just about drugs and money but also the beginnings of the Iran-Contra scandal, eventually pitting our Arkansas-based, drug smuggling protagonist against the likes of Oliver North and Ronald Reagan. 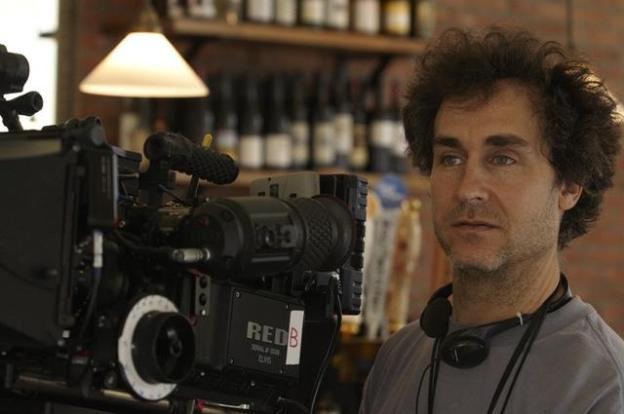 In that sense, this is a sneakily personal film since Doug Liman’s father Arthur, who was a lawyer, ran the Senate investigation into Iran-Contra, an investigation which was eventually closed for good when George H.W. Bush pardoned everyone. Liman’s likely inherited cynical view of the whole affair comes through loud and clear, although I should clarify American Made stops short of the Iran portion of the Iran-Contra affair. It instead focuses on the early years when the CIA allegedly used a former TWA pilot named Barry Seal to deliver weapons to the Contras to aid in their rebellion against Nicaragua’s extreme left-leaning government The Sandinista National Liberation Front.

What American Made has that truly sets it apart, though, is Tom Cruise delivering his best performance in years mostly because he’s actually acting again instead of serving as a glorified stuntman (Mission Impossible) or horribly miscast mega movie star (The Mummy). The trailers give the mistaken impression his Southern accent is laughable and comedy a tad over-the-top, what with one of the centerpiece scenes in the advertising being Seal, covered practically head-to-toe in cocaine powder, emerging from a crashed plane in the middle of a neighborhood and frantically making his escape on a bicycle which he buys off of a random kid while also offering up extra hush money and the parting reminder “I was never here.” In reality, his accent is passable, and that specific (entirely fictional) scene is decidedly more over-the-top than the rest of the film.

The story begins in the late 70s and ends in 1986. We meet Seal sleepwalking through his overly choreographed days as a moderately successful TWA pilot, barely ever making it home to see his considerably younger trophy wife (Sarah Wright) and small child. He smuggles Cuban cigars on the side, which a mysterious CIA agent named Schafer (Domhnall Gleeson, his character acting as a fictional composite of Seal’s various real CIA handlers) uses as the hook to rope Seal into piloting reconnaissance missions to South America to capture aerial photos. It’s not money, patriotism or fear of conviction for his Cuban cigar side hustle which seems to motivate Seal to go along with this; instead, it’s a combination of boredom and wanderlust. As he later explains via one of the confessional home videos he records (which the film uses for occasional narration and modified fourth-wall breaking), he didn’t even really think about it beforehand because he’d always been a “leap before you look” type.

The joy from this point forward in the film is observing the various twists of fate which eventually connect Seal’s story to that of the Medellín Cartel and Sandinista-Contra conflict. Liman uses Seal as a Forrest Gump-like figure bumbling from one thing to the next, improbably prospering and almost always managing to fail upward due to the incompetence of the government system he’s somehow become a part of. Except, unlike Gump, Seal is aware of how crazy his life story is, with Cruise perfectly selling the character’s bemused incredulity.

Predictably, any of the real Barry Seal’s rougher edges have been sanded off. This means he is almost always depicted in a sympathetic light, professes no real political views and only ever turns to drug smuggling to offset the decrease in salary and benefits he experiences after quitting the TWA to secretly work for the CIA. When he later complains about having so much money (by ‘83, Seal was one of the richest men in America) that he’s running out of places to launder or hide it (including in holes in his backyard) you laugh at the ridiculousness but also hold no ill-will toward Seal, thus is Cruise’s charm as this character.

Of course, there’s not as much depth to this version of Seal as there possibly could be. The same is true of the supporting characters, all of whom are capably, but somewhat forgettably performed (to be fair, Jayma Mays steals scenes as a State Attorney General in the final act). However, as a smartly produced account of a mostly well-meaning man at the center of an amazing (largely exaggerated) story, American Made proves surprisingly entertaining and returns Tom Cruise to respectability.

American Made is a better-than-average take on the “can you believe this shit actually happened?” breed of 80s crime-drama/comedies, carried by a stronger-than-expected performance from its sometimes beleaguered star.

SHOULD BE NOTED: SOMEONE SADLY DIED DURING THE MAKING OF THIS MOVIE. HEAD HERE FOR MORE INFO ABOUT THE ONGOING LAWSUIT.