Two things happened in 2013 which led to the making of Battle of the Sexes. First, PBS’s American Masters documentary series devoted an episode to the life of women’s tennis champion Billie Jean King. Second, Billie Jean King herself produced The Battle of the Sexes, a James Erskine and Zara Hayes-directed documentary which attempts to place King and Bobby Riggs’ legendary 1973 grudge match in a wider historical context and comment on the extremes women have to go to in order to combat sexism in America.

After the right people in Hollywood got a whiff of those documentaries, it was off to the races to see who could get their Billie Jean King movie finished first. As project after project fell through, Battle of the Sexes, from Little Miss Sunshine‘s directors Jonathan Dayton and Valerie Faris and starring Emma Stone and Steve Carell, emerged as the last film standing.

The Real Riggs vs. The Real King

All involved assumed their movie would arrive as a timely triumph either shortly before or after Hilary Clinton’s guaranteed presidential victory in 2016. 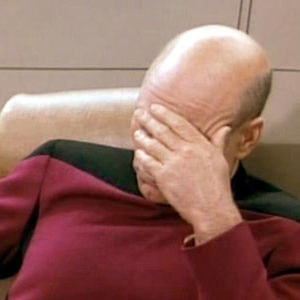 It’s nearly impossible to remove that reality from your mind when watching Battle of the Sexes. As it looks back at a time when a loud-mouthed, male chauvinist pig was served up a helping of humble pie by a younger, more determined and simply better woman, you know little has actually changed. Sure, Bobby Riggs’ blustery pronouncements about women needing to stay in the kitchen and bedroom are clearly from a different era, eliciting laughter from a modern audience much in the way Anchorman‘s exaggerated 70s workplace sexism does. However, the Hollywood ending Battle of the Sexes offers stands in stark contrast to not only what just happened in the political arena but also what is still going on in the world of professional tennis. For example, John McEnroe recently joked Serena Williams would rank “like 700” on the men’s circuit, and then when the BBC tracked down the 701st ranked player he claimed he’d like his chances against Williams.

Not that Williams cares about such hypotheticals. She’s more interested these days in battling sexism off the court. After recently being made a board member of the tech company Survey Monkey, Williams told the SheKnows Media conference, “Silicon Valley is really, really, really not open yet to having a lot of women or anyone of color, male or female. Those two barriers alone are really things we have to break down.”

Point being: there’s a lot of baggage you can bring to Battle of the Sexes. However, all of that actually makes the film a more powerful viewing experience. It works as a playbook for how to combat sexism and discrimination, and it mostly entails hard work, extreme self-sacrifice and total buy-in from both men and women. Through Stone’s nuanced performance and Simon Beaufoy’s deftly-written script, we see the story of a woman who was unsure of her own sexuality (King came out of the closet years after the match), deeply committed to a cause and annoyed to see that cause upended by Riggs. She was reluctant to take part in a lose-lose situation where beating Riggs would be seen by some as the inevitable act of the young defeating the old and losing to Riggs would be seen by others as confirmation of women’s inferiority to men. However, that was what the moment called for.

Not that Battle is exclusively about King. The film devotes more time than you might expect to Riggs’ side of the story. As King was rallying her fellow tennis players to demand equal pay, Riggs was withering away in a corporate job, drowning under gambling debts and unable to make much of anything on the senior’s circuit. Seeing women demand more money elicited a “hey, what about us old guys too?” response in him, which brought out his inner hustler. A series of matches against the women’s top-ranked players struck him as a highly marketable payday, one which could save his marriage since his independently wealthy wife had grown tired of paying his debts. The chauvinist pig persona he projected was thus a slight WWE-style affectation to sell tickets, one the film forgives far more than some audiences might. Because “I didn’t actually mean it” is not a great excuse for what Riggs’ misogyny emboldened in his fans who felt the same way.

So, when Battle reaches its inevitable finale we’ve been sufficiently prepared to realize what’s really at stake. Like most good sports movies, the actual match is secondary to what the match represents, which is absolutely crucial since if you don’t give a lick about tennis you’d otherwise be bored to tears by the volleys, match points and general back and forth.

It’s a shame, then, that the story occasionally falls back on lazy tropes like an evil-with-a-capital-“E” villain (Bill Pullman), and seems to lift liberally from the queer cinema cliche playbook to depict King’s secretive sapphic union with her hairdresser (others would vehemently disagree with me on that last point). However, each storyline effectively communicates both what King was going up against professionally and dealing with personally at the most important moment in her life. If only her victory had changed the world as much as we’d like to believe.

Battle of the Sexes is a great conversation-starter, even if the sexes are fated to disagree about the match just as much now as they did back then (i.e., a woman in her prime defeating an over-the-hill man means different things to different people, even if framing it in those terms kind of misses the point).