A superhero team-up movie like Justice League is all about memorable character interactions and inevitable hero shots. Loki and Ultron, for example, don’t ultimately matter in their respective turns as Avengers villains. The same goes for their evil plans in those films. Instead, what matters is the way their presence draws the heroes together. The plot simply needs to work well enough to convincingly put the heroes in the same room to quip and bicker to their heart’s delight before inevitably uniting in a moment like this:

There is a caveat, though. The hero shot has to feel earned. It needs to feel like the heroes were always heading for that union, that what we’re seeing is the inevitable moment a bunch of superheroic individuals get over themselves and become a team. And it needs to happen at just the right moment when the smartly choreographed and edge-of-your-seat action has built the tension so effectively that the only way for the villain to lose is for the heroes to assemble. That’s what makes it so satisfying. Otherwise, it’s no more meaningful than a kid ramming his toys together.

Justice League certainly has plenty of gorgeously photographed hero shots. Zack Snyder and Joss Whedon make sure of that. But none of them are earned. We simply haven’t spent enough time with these characters. It doesn’t help that Justice League seems to have been written by people who didn’t even see Wonder Woman and don’t understand what made Diana so great in her own movie. It’s definitely not great that the action scenes are all so uninspired. And it really, really hurts that the script doesn’t do anything interesting or consistent enough with the inter-team relationships. So, a shot like this has no real, non-fanboy dependent impact: 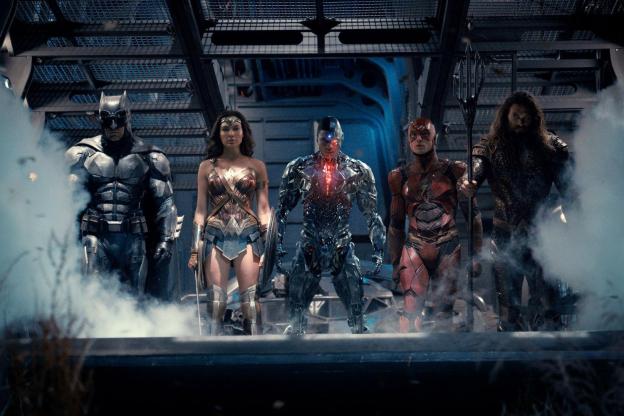 Three of the five people in that shot all have their origin stories shoved into this movie’s studio-mandated two hour running time, which makes it kind of hard to truly understand who they are or why we should care about them uniting. It’s a reflection of WB’s desire to make their own Marvel Cinematic Universe but impatience with doing it the right way.

That’s the same approach which led to Batman v Superman, and Justice League was entered into under the assumption BvS (and, to a lesser degree, Suicide Squad) would neither suck nor dampen audience enthusiasm. Yeah, they really shit the bed on that one, but by that point, they were in too deep to turn back. So, they threw more and more money at the problem, reportedly turning Justice League into the most expensive film of all time in the process.

Now, we’re left with a weird Snyder/Whedon hybrid that heavy-handedly flirts with ideas like global warming and the hopelessness of a leaderless world before dropping them entirely in favor of light and fluffy. It’s a film clearly made by two people with wildly different styles, which gives the whole affair a slightly schizophrenic feel. BvS, for all of its flaws, at least is what it is from start to finish. Justice League is still more tolerable to watch because it doesn’t take itself nearly as seriously, but BvS is the more admirable film.

Damn you, Justice League. You just made me compliment BvS!

Through the combination of Snyder’s post-BvS self-reflection, Ben Affleck and Geoff John’s promotion to hands-on executive producers, and Whedon’s last-minute effort to salvage something out of this through reshoots, Justice League is certainly more commercial. It’s still not really an actual movie the way Wonder Woman is, but as a product designed to sell toys, set all the characters up for their own solo adventures and offer parents a trip to the movies with their kids that won’t end in nightmares Justice League is sufficient. And it’s sufficient largely because it has the courtesy to not take itself so seriously. There are jokes aplenty. Not only that, some, though not all of them are legitimately funny.

As funny as Thor: Ragnarok?

Oh, God no. Justice League has one great gag involving Aquaman and Wonder Woman. Just the one, though. Ragnarok, on the other hand, is an endless parade of great gags.

In fact, it’s best to try to forget about Ragnarok entirely because Justice League does not fare well next to that odd-ball teaming of Thor and Hulk. See, Ragnarok actually makes sense; Justice League doesn’t. There’s a bland, unconvincing CGI villain named Steppenwolf who hilariously keeps yelling “Mother!” as he stomps across the globe in search of three boxes that will give him the power to reshape Earth. Spoiler, he picks up the last and most crucial box when the Justice League just leaves it lying around, completely forgetting about it while they fight double spoiler a briefly-evil-for-no-good-reason Superman. I know I said the villains don’t really matter in these movies, but, geese, they need to be functional and somewhat engaging. At least give them some kind of personal conflict with one of the heroes. Not so much with Steppenwolf. He’s about as memorable as an average episode-of-the-week villain from the Justice League/Justice League Unlimited animated series, and even that might be too generous a comparison. He makes Malekith in Thor: The Dark World look Shakespearean by comparison.

That leaves Justice League overly dependent on Batman, Wonder Woman, Aquaman, The Flash and spoiler again Superman having enough natural chemistry to make up for the narrative’s shortcomings. As if that wasn’t already challenging enough, this chemistry has to develop while the center of the team is played by a man, Ben Affleck, who seems to be in a constant state of bewilderment that this is where his career has taken him. He at least committed to the part in Batman v Superman. Here, he’d clearly rather be anywhere else doing literally anything else, likely saddened to realize he learned nothing from the life of George Reeves while playing him in Hollywoodland. 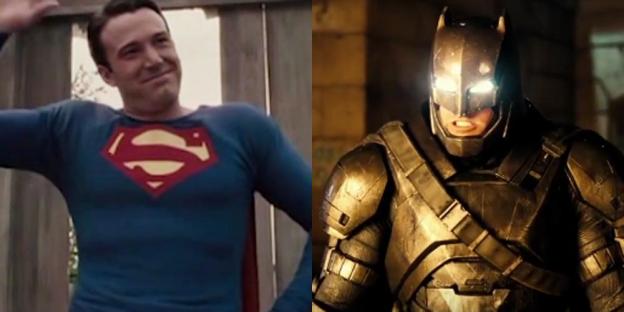 Yet the miracle of Justice League is there are times, however fleeting and mirage-like when you can imagine how enjoyable these characters would be in a better movie. Ezra Miller’s The Flash and Ray Fisher’s Cyborg have the hints of what could someday be a genuinely applause-worthy buddy duo. Damn spoiler…again Henry Cavill’s Superman finally feels like he’s been written and directed by people who actually like the character. Jason Momoa’s “My man!” Aquaman antagonizes and teases Batman and has the absolute faintest beginnings of a Thor-like path toward leaning into the comedy to undercut the insanity. Wonder Woman is their natural leader, although Batman annoyingly has to remind her of that (because, again, Justice League doesn’t really understand Wonder Woman). Seeing all of them in a room together bickering and plotting or fighting outside the likely future Hall of Justice certainly earns some fanboy cheer.

It’s just not earned. Nothing about this movie is. It’s the vestige of a failed production strategy which was stitched together by people running up against deadlines because a major film studio thought it would be possible to “fix it in post” before they even got to post. Lesson learned: You can’t just turn a Zack Snyder story, tone, direction and visual style into an Avengers movie. I understand why you’d try, but once you’re in that deep there’s only so much you can actually do.

Those poor actors deserved better. So do we.

What did you think of Justice League? Let me know in the comments.