The circle of life in Hollywood is playing out before us at this very moment. The Academy just announced its Oscar nominations, delivering the usual helping of surprises (Phantom Thread for Best Picture!) and “yeah, that’s pretty much what we thought would happen” (Shape of Water leads the way with 13 nominations). At the same time, the Sundance Film Festival is underway in Utah, offering up several films which will undoubtedly factor into the next Oscars race. Get Out, The Big Sick, and Call Me By Your Name, all Sundance 2017 films, combined for 9 nominations this morning.

However, before we can look forward we have to stop and celebrate the past, and 2017 was an especially good year for film, with uncommonly transcendent blockbusters, challenging indies, and timely dramas. The race seems to have come down to Shape of Water and Three Billboards, but is that still the case after looking at these nominations? Who knows. This year’s race is crazier than usual, and what follows is simply a snapshot of what the Academy 6,687 members thought of 2017’s movies during their two-week voting period earlier this month. Their opinions could change a lot between now and March 4th.

Note: The “snubs” I list below are generally the people who were nominated by their respective Guild, Golden Globes, and/or BAFTAs but not by the Academy; the “shoulda been a contender” choices are those films or individuals who, for whatever reason, weren’t nominated by anyone but should have been.

The Snubs: I, Tonya, The Florida Project, The Big Sick, Wonder Woman – all 4 were nominated by the Producers Guild of America. Poor Florida Project was likely seen by far too people to really register with Oscar voters.

Box Office Note: As of this writing, the average domestic gross of this year’s 9 nominees is $62.9m. That’s right in line with the $58.9m average gross for the Best Picture nominees (at the time of their nomination) in every year since 2011, which is when the Academy changed the rules to no longer mandate that there absolutely be 10 total nominees. What remains to be seen is how much of an Oscars bump these films will receive, if any. 7 of them are either still in theaters or could very easily be re-released. Get Out and Dunkirk, though, are already out on video.

Who’s Going to Win?: Shape of Water is still the most likely, but just because it has the most total nominations doesn’t guarantee anything. La La Land had 14 nominations last year and still lost. Spotlight only had 6 total nominations the year it won. The last time the most-nominated movie also won Best Picture was Birdman in 2014, although it was actually tied with The Grand Budapest Hotel with 9 nominations that year. Either way, Dunkirk, Get Out and Three Billboards seem like Shape‘s closest competition, but we were thrown for a big damn twist on the Three Billboards front in the next category.

Notes: Astonishingly, this is the first nomination for both Del Toro and Nolan, and it’s just Anderson’s second (after There Will Be Blood). In contrast, Peele and Gerwig are each nominated here for their solo directorial debut projects. Speaking of which, congrats to Gerwig for becoming just the fifth woman nominated for this award. If del Toro wins it’ll mean that four out of the last five Best Director awards went to Mexican filmmakers. Anderson is the only one here not also nominated by the DGA this year, and McDonagh getting snubbed seriously hurts Three Billboard’s Best Picture chances. It used to go hand in hand that Best Picture and Director went to the same movie. That’s not always the case anymore, but the Picture frontrunners always at least have their Director nominated. Not so this year for that movie about a quaint little racist town in Missouri. 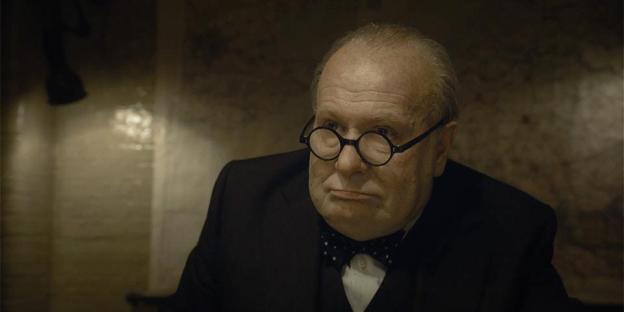 Notes: These are the same SAG nominees just with Franco out, Denzel in. Chalamet is the youngest nominee in this category in 79 years. This is only Oldman’s second nomination, the first being for Tinker Tailor Soldier Spy, perhaps one of his most understated performances. Now, he’s probably going to get his first Oscar for reverting back to his lovable, scenery-chewing theatrics. Let the debate begin as to whether Franco was snubbed because The Disaster Artist just didn’t click with voters or for, um, other reasons. Lastly, does anyone even remember that Adam Sandler was once considered a lock for this category for The Meyerowitz Stories? Where the heck did that go? You can’t really blame it on Netflix bias because an actor in a Netflix movie was nominated this year. 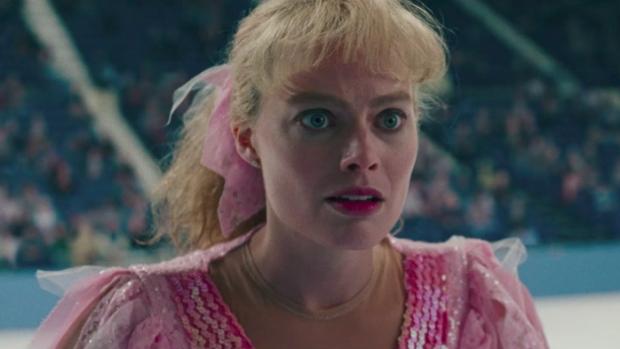 Notes: McDormand won 21 years ago for Fargo. In the time since then, Ronan has been nominated 3 times, and she’s only 23 years old. Robbie becomes the first actress to be nominated for a performance in a film which she also produced. Also, these are the same exact nominees as SAG just with Streep in for Dench. The Snubs: Armie Hammer (Call Me By Your Name), Steve Carell (Battle of the Sexes)

Note: Matches SAG exactly just with Plummer in place of Carell. At 89, Plummer is now the oldest actor ever nominated for an Oscar, surpassing Titanic‘s Gloria Stuart. Cheap joke: Mark Wahlberg probably still got paid more for All the Money than Plummer and everyone else nominated.

Shoulda Been a Contender: Phantom Thread

Note: Same nominees as the WGA just with Three Billboards in place of I, Tonya. 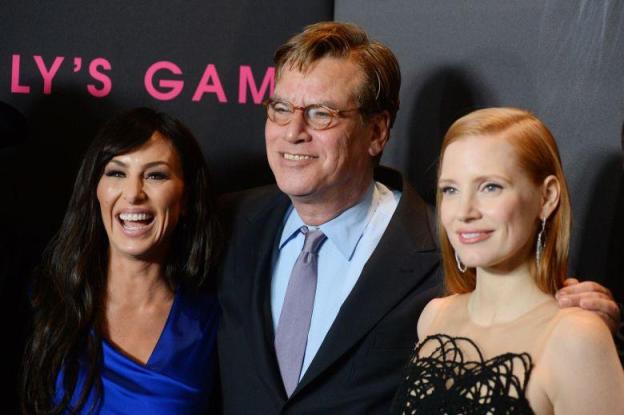 Shoulda Been a Contender: Lady Macbeth

Note: Same exact nominees as the WGA. Dee Rees is the first black woman ever nominated in this category.

The Snubs: The LEGO Batman Movie, Despicable Me 3, Cars 3, The Big Bad Fox & Other Tales, The Napping Princess, In This Corner of the World

Shoulda Been a Contender: Captain Underpants

Note: The Academy changed the voting process for Best Animated film this year, switching to a preferential ballot and inviting non-Animation branch members to join the committee charged with selecting the nominees. The goal seems to be pushing toward opening the field a little to include more mainstream movies. That understandably has animation enthusiasts upset since smaller films like The Breadwinner rely on a nomination for exposure. 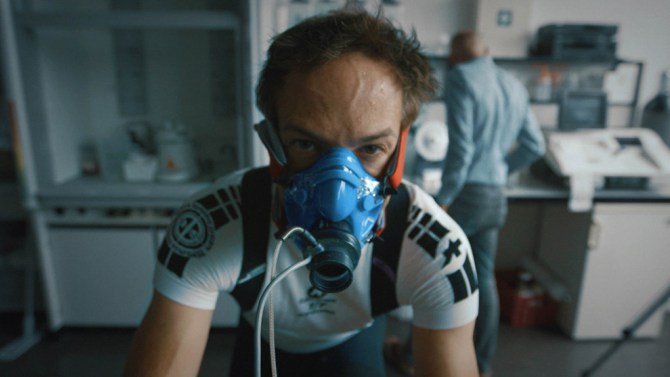 Shoulda Been a Contender: Get Me Roger Stone

Note: My “snubs” in this case all made the Academy’s shortlist of 15 potential nominees in this category. 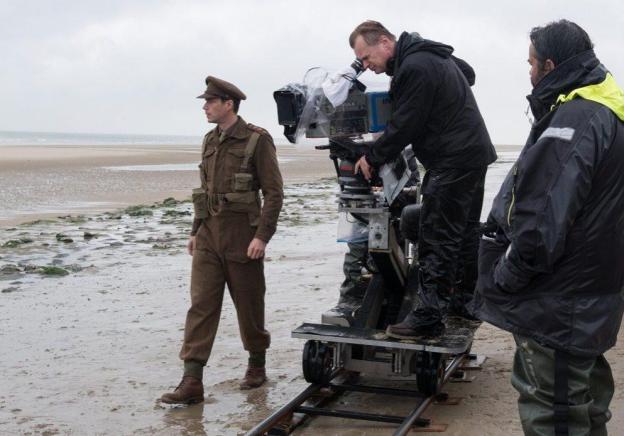 Shoulda Been a Contender: Star Wars: The Last Jedi

Note: Matches the American Society of Cinematographers’ picks exactly. Morrison is now the first woman nominated for this award. 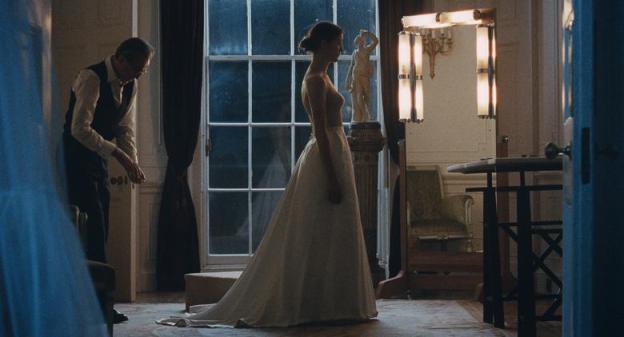 The Snubs: The Greatest Showman

Shoulda Been a Contender: Wonder Woman

Shoulda Been a Contender: Star Wars: The Last Jedi

Shoulda Been a Contender: Coco

Note: Amazingly, this is Greenwood’s first nomination despite is already iconic work in prior Anderson films like There Will Be Blood and The Master.

Snubs/Shoulda Been a Contender: In addition to the ones already nominated, any of the other songs in Greatest Showman and Coco would have been worthy choices.

The Snubs: Alien: Covenant, Dunkirk, Okja, The Shape of Water, Valerian and the City of a Thousand Planets

Shoulda Been a Contender: Thor: Ragnarok

Note: The “snubs” all made the Academy’s shortlist for this category.

Note: Your eyes aren’t deceiving you – those are the same exact 5 nominees for Editing and Mixing.

Snub/Shoulda Been a Contender: In the Fade (Germany) 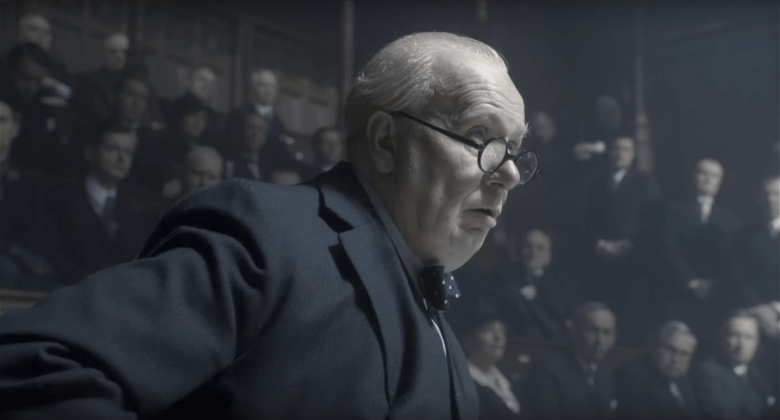 Here’s a link to the full nominees including the short film categories.

The big surprises are as follows: Phantom Thread over Florida Project, I, Tonya, or The Big Sick for Best Picture, Paul Thomas Anderson over Martin McDonagh for Best Director, Denzel over Franco for Best Actor, Plummer over Carell and Hammer for Best Supporting Actor, Lesley Manville over Holly Hunter and Hong Chau for Best Supporting Actress, and Victoria & Abdul over Greatest Showman for Best Costume. Everything else in the major categories fell in line with the Guilds or simple common wisdom, like Streep being nominated over Judi Dench.

Elsewhere, Rachel Morrison made history in Best Cinematography. Gerwig joins an embarrassingly small list of women ever nominated for Best Director whereas Peele’s nomination as a black man in the same category seems slightly less notable since Barry Jenkins, Steve McQueen, and Lee Daniels have all been nominated in the last decade. Christopher Nolan was finally – finally! – nominated for Best Director. A comic book movie, Logan, got a screenplay nomination but nothing in the technical categories. Wonder Woman got exactly zero nominations. A horror movie like Get Out was recognized in 4 categories when simply making it into 1 is normally a challenge for anything horror. And in a year with two of the biggest pieces of Oscar bait in recent memory, the Academy overwhelmingly preferred Darkest Hour (6 nominations) over The Post (just 2, albeit one for Best Picture).

What do you think of the nominations? And who are you rooting for to win? Let me know in the comments.