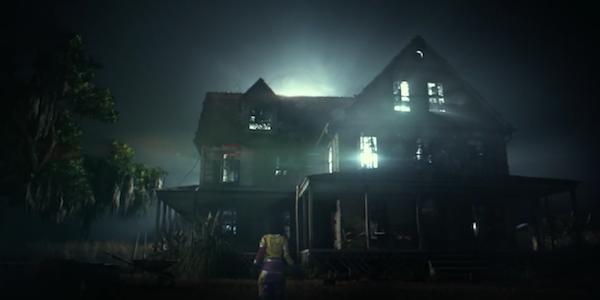 Netflix has been quiet on the acquisitions front at Netflix, and Deadline thinks it knows why – the streaming giant is working on a deal to acquire a franchise sequel from a major studio. The God Particle, the third in the loosely connected series of Cloverfield movies that have racked up $281m worldwide, might end up on Netflix in every country around the world other than China because Paramount’s new chief, Jim Gianopulos, doesn’t think it qualifies as a theatrical movie in 2018.

The God Particle stars David Oyelowo, Ziyi Zhang, Daniel Bruhl, Elizabeth Debicki, and Gugu Mbatha-Raw, and has been described as “The Thing in deep space.” More on that in a minute; first, what does this potential move tell us about Netflix and Paramount right now?

Well, with Netflix this tell us, damn, Bright was a game-changer for them, and with Paramount it means either Gianopulos has taken complete leave of his sense and his studio might as well not even exist anymore if they’re not even going to try or that he knows way more than all of us and this movie might really suck.

This feels like one of those important historical moments which will still be quickly forgotten because everything is changing so fast these days. It’s one thing for Netflix to workaround Hollywood and produce its own big-budget franchise, as it has done, regrettably, with Bright; it’s another for Hollywood to just give up and sell-off a proven (albeit low-budget) franchise installment to Netflix.

Moreover, if this means Netflix won’t have quite as much capital to spend on the film festival side of things it could also signal a slight, Amazon-like move toward more mainstream fare. Netflix has traditionally operated more like a 1970s film studio that puts its trust in filmmakers and hopes that will pay off, but they broke the bank to acquire I No Longer Feel at Home in this World at Sundance last year only to have it generate zero social media and awards buzz. Then they go and make a dumb Will Smith movie on their own and it causes their subscription numbers and stock price to soar, as even those people who didn’t like Bright still watched it to mock it with friends and on social media/podcasts/YouTube/whatever. 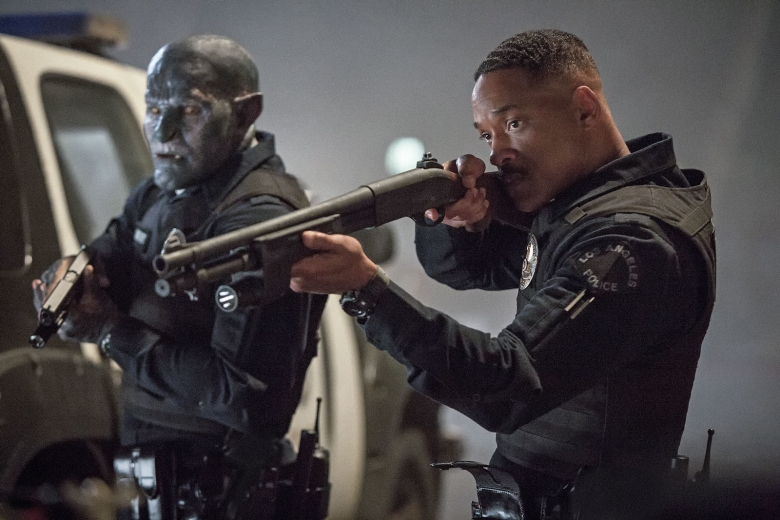 I’m not saying this means the end of Netflix’s run of quirky programming, although they have canceled quite a few quirky shows lately- RIP, Lady Dynamite. No, with the Disney-Fox competitor looming on the horizon Netflix is still in the volume business and can’t just abandon its identity as the home to everything the film studios and TV networks should be doing but won’t. However, the longer Netflix operates the more beholden it will be to its corporate need for constant growth which will cause it to start acting a bit more like a traditional studio or network. The days of flushing money down the toilet just to say they have a Baz Lurhman TV series are probably over. Ditto for the years where they vacuum up just about half of everything at every major film festival. To get those global subscriptions up Netflix is going to have to broaden its appeal and the programming will reflect that.

Of course, Netflix traditionally doesn’t give a damn if we watch something; they want us to want to watch something, so much so that we never cancel our subscription even if we never get around to that thing we signed up to see. Bright and Stranger Things, however, have shown Netflix what happens to their bottom line when millions of people actually watch one of their movies or shows. Bright drew an audience of 11 million in its first three days, according to Nielsen estimates. After Reed Hastings and Chief Financial Officer David Well touted these numbers in the company’s most recent letter to shareholders, the company’s shares jumped 7.5% on Wall Street.

On Paramount’s end, the studio should have absolutely nothing to do with this, but Gianopolus quietly did something similar weeks ago. Director Alex Garland, the visionary behind Ex Machina, has Annihilation, has a big monster movie starring Natalie Portman due out late next month. Paramount is distributing here in the States, but Gianopolus already sold off international rights to Netflix. Now he might punt completely on The God Particle. 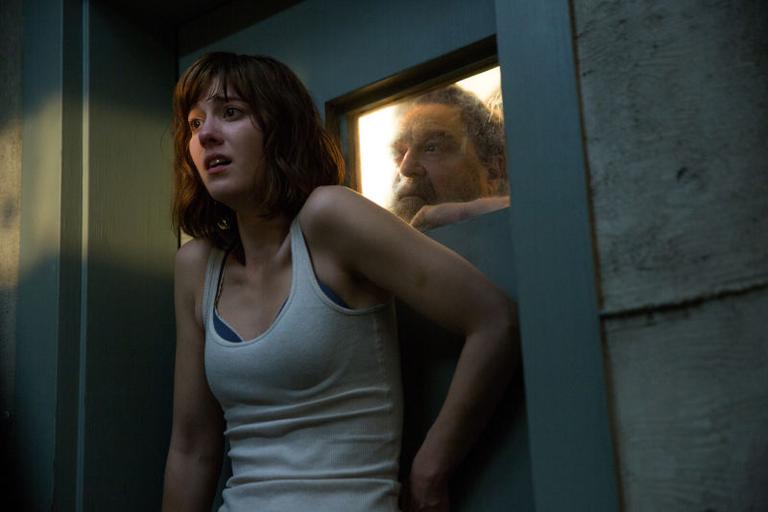 Yes. See, much of what I have discussed to this point assumes The God Particle will be of a similar quality to the original Cloverfield and its superior (in my humble opinion) sister-sequel 10 Cloverfield Lane. However, the industry spin has Paramount dumping God Particle, which has already had its release date delayed multiple times, simply because it already cost too much to make ($40m, over twice as much the prior Cloverfields) and still needs more work. Rather than engage in pricey reshoots, they’ll just cut their losses and hand it off to Netflix, which has become the island for Hollywood’s misfit toys, recently landing abandoned studio horror movies like Before I Wake. J.J. Abrams is said to have been too busy with Star Wars to properly see to his role as producer on God Particle, and his efforts to help in post-production came too little, too late.

Maybe. Or maybe that’s just the spin Paramount is putting out there through the press’s “anonymous sources.” Paramount is, after all, still pissed at Abrams for mostly reneging on the multi-picture deal he signed with them only to twice leave for years at a time to make a Star Wars movie. So, why not blame this on him?

However, Netflix doesn’t care. As The White Stripes once sang, what Hollywood sees as rags and bones, well, they’ll find a home for it, and if the success of Bright is any indication quality won’t necessarily be an issue. If God Particle turns out to actually be a pretty good movie, then all the better for Netflix and sadder for Paramount.

As of right now, Paramount has The God Particle slated for an April 20th release. We’ll see if that still happens. These rumors don’t always pan out. Remember, at one point Disney was supposedly going to buy Netflix; now, Disney’s just trying to run Netflix out of business. However, if The God Particle does end up on Netflix it’ll be because Paramount is cutting its losses and the streaming giant is in the market for another Bright-sized hit.

UPDATED: Well, holy shit. Netflix didn’t just buy this off of Paramount and debut a 30-second teaser during the Super Bowl. No, they also dropped it immediately after the game, flipping a giant middle finger at NBC’s This Is Us post-Super Bowl episode in the process.

Too bad the movie’s kinda shite, though. You can read my review elsewhere on the site, but basically Paramount had a crappy movie that was sure to be ravaged by RottenTomatoes and die a quick death. Netflix had money to spend and the opportunity to use a high profile acquisition to test out the viability of debuting projects immediately after the Super Bowl. Everyone won. Even us since, after all, this saved us from having to buy a movie ticket to see this colossal dud.