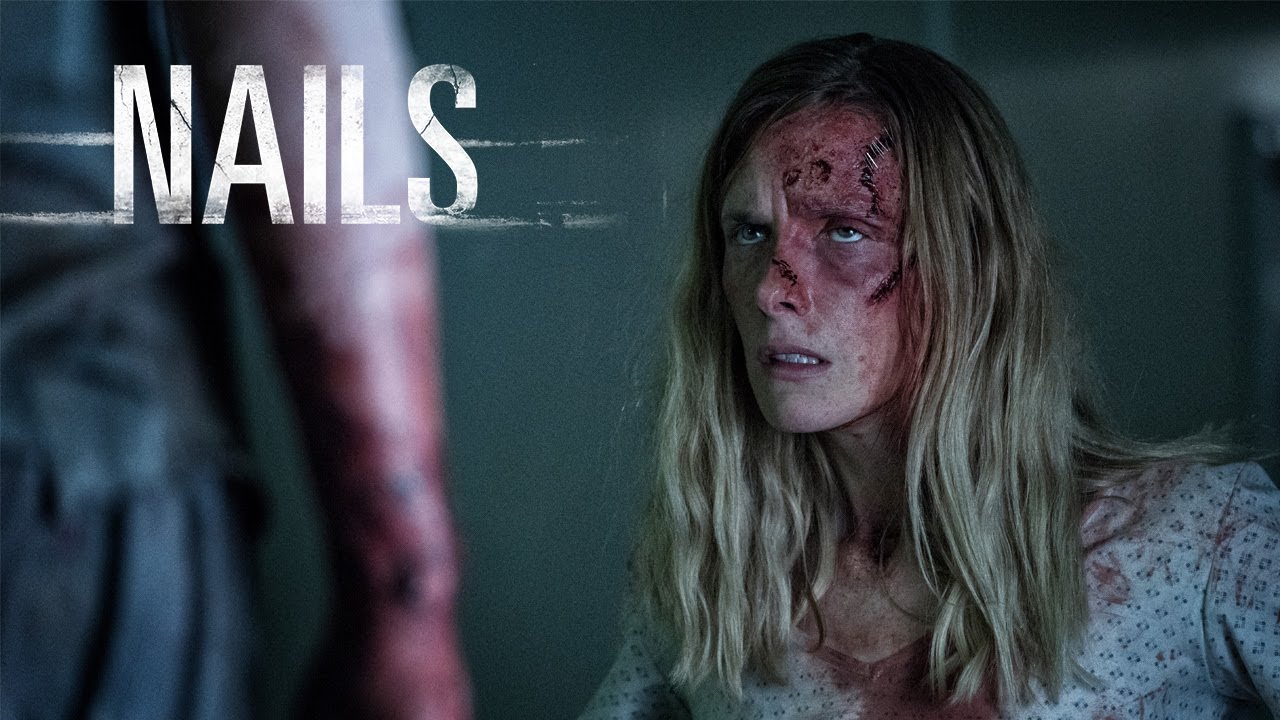 Are you in the mood for a fun bit of hospital horror featuring an ashen-faced Freddy Krueger-clone, useless side characters, a capable female lead, Irish accents, blatant Ring knock-off moments, and a random, kooky doctor who looks just like Kyle MacLachlan circa Twin Peaks: The Return? Well, have I got a movie for you. It’s called Nails, a UK/Irish co-production which played in theaters over there last summer and just arrived on Netflix here in the States. Sadly, it isn’t nearly on the same level as recent Netflix horror offerings like The Ritual and Veronica, but it’s still a very soft recommend for hardcore horror fans, especially those more forgiving of special effects which are a bit shite.

The Descent’s Shauna Macdonald plays Dana Milgrom, a track coach who is paralyzed after a hit-and-run accident. After a weeks-long coma, she wakes up in a truly sorry state: immobilized, severe scars across her face, and reliant on a ventilator machine to breath. She doesn’t yet have enough strength to talk, forced instead to communicate through a laptop app that doesn’t always work. Her older husband (she’s his second wife, a fact that does become important later on) isn’t much help and her teen daughter seems supportive, but uncertain how to behave around her. Which leaves her increasingly reliant on friendly orderly Trevor (Ross Noble).

But once Dana encounters a menacing ghost in her room no one believes her, not even Trevor. Eventually, we learn there was once an employee at the hospital who was accused of killing five young, female patients. Before authorities could get to him he hung himself in the closet of one of the hospital rooms, the very same hospital room Dana now begrudgingly calls home.

The more we learn about this mysterious presence, like why he was nicknamed “Nails” when he was alive and why exactly he’s targeting Dana from beyond the grave, the less interesting he becomes. Moreover, the parade of nobody-believes-me sequences grows a bit tiresome, even if is simply playing to genre conventions. And once the scares start coming there are a couple of puzzling non-reactions from character’s facing life and death situations.

Writer-director Dennis Bartok, however, makes good use of his talented lead actress, who communicates so much through so little actual dialogue. The inherent claustrophobia of a bedbound protagonist is toyed with quite effectively. Once we’ve seen everything in Bartok’s bag of tricks, he changes up the visual DNA by working in some Rear Window/The Ring-esque moments where characters can view the monster through laptops screens and security cameras but can’t do much about it.

The relatively slow build-up gives way to a go-for-broke finale featuring multiple deaths, ominous Elm Street-esque shots, and a battle of wills between Dana and Nails.

In the end, you get the sense they mean for this to be the start of a franchise built around Nails, in which case they have a halfway decent design for a memorable horror villain but probably need more money to make him look a little less SyFy Channel.

Predictable, painfully ordinary, but buoyed by a stellar turn from Shauna Macdonald, Nails is the type of film where part of the fun is simply noticing how entirely empty the rest of the hospital is. You imagine they rented out some soon-to-be demolished former hospital and had very little money left over. So, they did the best they could, stole from some of the greats, executed a couple of effectively claustrophobic camera moves, and continually thanked their lucky stars that they somehow got Macdonald to be their star. There are far better options on Netflix right now. 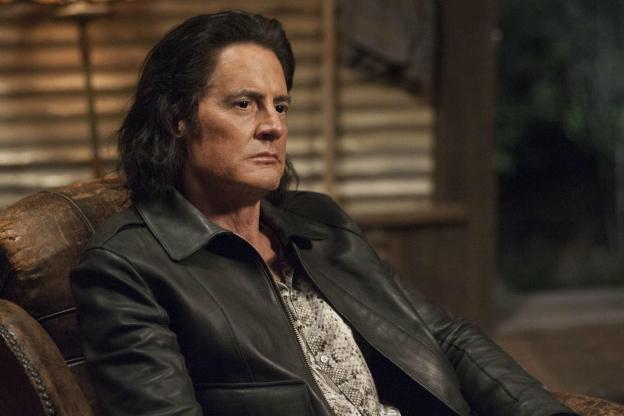 2. The opening scene depicts a male nurse clipping a comatose little girl’s fingernails. After that, those expecting fingernails to then factor into the film’s horror in any real significant way are in for a disappointment.

3. In addition to Veronica and The Ritual, other horror movies available on Netflix right now I’d recommend before Nails include The Descent, Gerald’s Game, The Invitation, The Conjuring, Hush, Under the Shadow, Creep 2, Train to Busan, The Babadook, Oculus, and even The Vault.