Rampage opened bigger in China than it did in North America and hardly anyone batted an eye. With Hollywood blockbusters, we’ve just come to expect this. Ditto for Pacific Rim: Uprising, Tomb Raider, and Ready Player One. Heck, nearly 15 other big Hollywood movies have pulled this same trick since the start of 2017. Welcome to the new normal.

Dwayne Johnson’s Rampage is based on a 1986 arcade game the muscle-bound star used to play in an old pool hall in Hawaii when he was just 13. Those days of ditching school to command a giant gorilla, werewolf, or lizard on a mission to mindlessly destroy entire city blocks holds great sentimental value for the former “People’s Champion.” So, he re-teamed with San Andreas director Brad Peyton to bring the game to the screen, and in their version, the story ends with an albino gorilla named George making a sex joke (through sign language).

That might seem like the most surprising part of Rampage. After all, how often do you see a gorilla make this hand motion in a movie?

But the truly most surprising part is that it’s an hour into the movie before an Asian character shows up. The villains of the piece – a brother-and-sister corporate duo (Malin Akerman and Jake Lacey) behind some nonsense bio-engineered DNA program – are served with a warrant by an FBI agent played by Korean-American actor Will Yun Lee, a TV regular with recent appearances on The Good Doctor, Falling Skies, and Hawaii Five-0. He looks on stoically as Akerman tries to fill his head with lies. He’s never seen again after this one scene.

Good for Lee getting that kind of exposure in such a big movie. Plus, the fact he previously provided the voice and mo-cap performance for the protagonist in the Sleeping Dogs video games is at least a nice little bonus for the seriously hardcore gamers.

But how is it the latest in an increasingly long line of language-neutral, action-heavy China-pandering blockbusters does so little to actually pander to China? There’s no actual Chinese talent on screen. The only Asian actor in the film has no more than 5 lines. Apart from a prologue set on a crashing space station, the action is kept stateside. The three super-charged creatures actually emanate from United States locales like the Everglades and a San Diego wildlife preserve (seen over by Johnson’s primatologist character) before meeting up in Chicago for a skyscraper-toppling finale heavy in 9/11 imagery (and here I was thinking we’d moved past that).

It’s not always specifically China but instead a more generalized Asia that Hollywood is increasingly desperate to appease. Understandably so – you go where the audience is. Either way, the effort is still there, and one of the most effective strategies in recent years has been to cast actual Chinese stars in supporting roles. See: Jing Tian in Kong: Skull Island, Pacific Rim 2, Fan Bingbing in Iron Man 3, X-Men: Days of Future Past, Li Bingbing in Resident Evil 5, Transformers: Age of Extinction, Meg.

Not Rampage. It’s exactly the kind of CGI-fest disaster flick Hollywood thinks China loves, but it’s really just an old-fashioned star+concept blockbuster, the type we used to get before the death of the star system and the rise of the age of IP (I know, I know – technically, Rampage is IP too, but who really remembers the old game other than Johson and Midway?). In this case, it’s The Rock + King Kong vs. Godzilla, and considering China’s deep love for the Fast & The Furious franchise there is certainly a halo effect for anything else Johnson and Vin Diesel brings to the Middle Kingdom.

However, that only goes so far, and Rampage has by no means been saved by China. The film opened to $35.8m in the U.S. and Canada this weekend, just barely inside the $35m-$40m pre-release projections. It added $114m internationally, $55m of that in China, good enough for a worldwide opening of $150m. That $55m from China is on par with what San Andreas pulled off three years ago, and it eventually topped out at just over $100m. Rampage might eclipse that because, as Business Insider reported, Johnson’s recent charm offensive in Shanghai -the country’s largest city-could not have gone better:

The movie’s press conference in the city was live-streamed through multiple partners across the country, there was a fan screening in Shanghai’s biggest theater, and Johnson extended his likability across all ages after he befriended three kids who were dressed as the three monsters from the movie during the press conference (the movie is based on a popular video game in which giant monsters destroy cities).

Still, Warner Bros. spent $120 making the movie and $140m to promote it. Now, they’re looking at a worldwide opening where two-thirds of the total comes from countries where they get no more than a 40% cut of the ticket sales. China alone accounts for a third of the film’s business, and WB’s only getting a 25% cut of that. 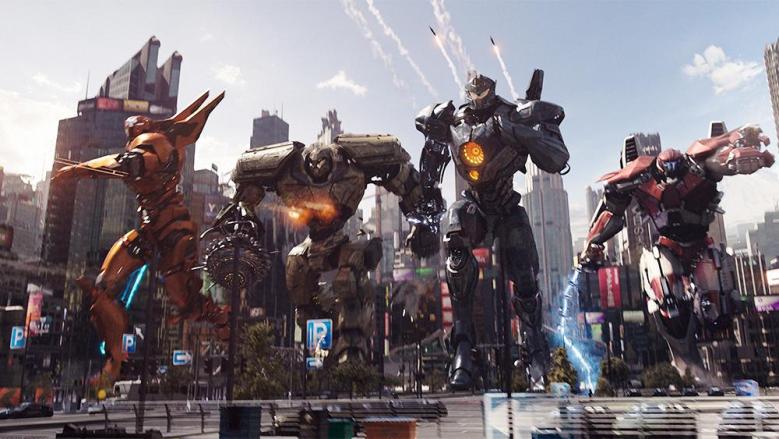 So, it would be great for WB if Rampage could maybe not rely quite so heavily on international money. Sadly, the film has the misfortune of arriving two weeks after the similarly-themed Pacific Rim: Uprising, one week after the surprising record-breaker A Quiet Place, and two weeks before Avengers: Infinity War, a sure bet to be one of the biggest films of all time. Things could be better.

But it’s not all bad. Infinity War doesn’t come out in China until the second week of May. Plus, The Rock is, well, The Rock. He’s a relentless promoter, which is why he gets paid $1m a movie for “social media support.” His non-stop tweeting over the weekend seemed to add as much as $7m to Rampage’s domestic haul after a disappointing Friday total. He’ll surely keep at it, and to this point, Rampage has a surprisingly strong word-of-mouth (A- on Cinemascore).

Like San Andreas before it, Rampage is a stupid movie, but a watchable one, a reliable option for family audiences since other than the aforementioned sex joke and one or two s-bombs it’s only a PG-13 because of the action. Unlike Jumanji, though, it’s oddly self-serious and rarely ever lets on that it’s in on any of the jokes or absurdities. So, other than the book-ending scenes of Johnson joking around with his pet gorilla there isn’t much fun to be found beyond standard disaster movie thrills, and recent disaster movies (and big monster movies) have tended to fade quickly after big openings.

WB is surely hoping for something closer to San Andreas, which cost almost exactly as much to make ($110m) and ended up with $473m worldwide, $155m domestic, and $103m from China. Rampage’s not going to do that, but can it at least come close? Maybe. No one saw Jumanji’s huge business coming, but Jumanji didn’t have an Avengers movie to battle. Good luck, WB.

One final note: Johnson’s next movie – the Die Hard wannabe Skyscraper – is set entirely in Hong Kong. I have seen the trailer three times and am still not entirely convinced this isn’t a fake Crocodile Dundee sequel Super Bowl commercial situation.

Rampage is currently playing just about everywhere. Skyscraper is due July 13.

The Bigger-in-China Club, Since the Start of 2017, Opening Weekend Only 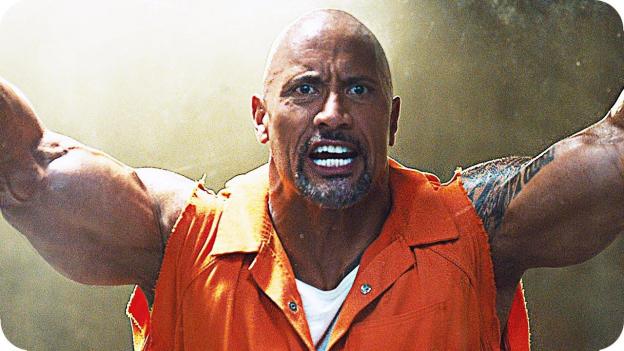 1. The Fate of the Furious

Note: San Andreas enjoyed a nearly identical $52m opening in China three years ago, but that was along with a $54m domestic opening.

10. Valerian and the City of a Thousand Planets

Note: It’s debatable if Valerian should even be listed here since it’s really a French film, not Hollywood. It was financed independently by Luc Besson and released all around the world by different studios, STX in the States.

13. War for the Planet of the Apes

14. Jumanji: Welcome to the Jungle

15. Pirates of the Caribbean: Dead Men Tell No Tales

Notes: Kingsman: The Golden Circle’s U.S. debut was higher in the US than China by a margin of just $10,000. Also, not all of the films listed here prospered even with their oversized Chinese openings. Several of them (Ghost in the Shell, Life) still flopped overall, led to layoffs (Valerian and Luc Besson’s now-shrinking and for-sale EuropaCorp) and/or hasty leadership changes at the parent studio (Tomb Raider at MGM).