It’s just you, a damaged boat with quickly dwindling supplies, and the unending vastness of the ocean. Good luck.

That’s the feel-good hook of Shailene Woodley’s new survival thriller Adrift, a loose adaptation of Tami Oldham’s book detailing her ordeal at sea back in 1983. I say “feel good” because although this story drops Woodley’s version of Oldham into some of the direst straits imaginable it is, at its heart, a love story. Woodley’s I’ll-ride-life’s-wave-where-it-takes-me Oldham ends up in Tahiti, where she meets and falls in love with Richard (Sam Claflin), a kindred soul seeking to conquer the horizon. Their adventures together eventually put them right in the path of a quickly-developing category 4 hurricane, leaving them adrift and Richard with cracked ribs and a broken leg.

Except that’s not quite how Adrift approaches things. 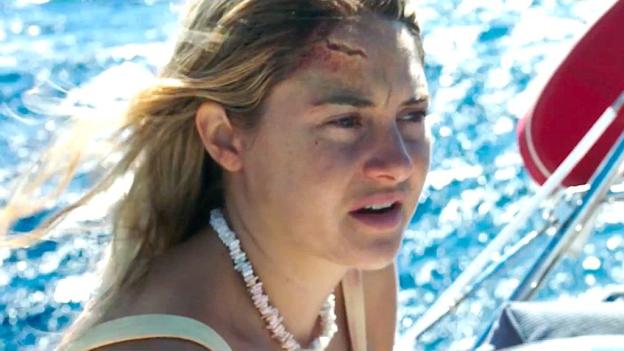 We actually start on Tami in the immediate aftermath of the hurricane, her head bloodied and her spirit defeated as she searches in vain for Richard. Then, like many a TV show episode to have used this same framing device over the years, Adrift cuts to five months earlier to show us how Tami got to that point and explain who exactly Richard is.

The script, from David Branson Smith and twin brothers Aaron and Jordan Kandell, maintains this structure to the very end, constantly cutting between Tami’s ongoing efforts to right the ship, find land, and keep Richard alive and their whirlwind romance that would almost be nauseating if it wasn’t so supremely genuine. After a meet-cute, the young, gorgeous, and spectacularly well-tanned pair sail from one paradise to another in a boat he built from scratch. Today, they would probably be Instagram influencers sharing their enviable exploits for all to see. Back then, they were just free spirits with their own personal baggage, both revolving around their respective parents. We track their relationship at the same time we track their fight to survive, with the script holding back depicting their battle with the hurricane until the very end.

If the script had chosen to instead present the story in a more linear fashion the Cast Away and Titanic parallels would likely be more obvious and annoying, and the question “Didn’t Robert Redford just make this same movie – All Is Lost – 5 years ago?” far more nagging. As is, though, Adrift manages to feel fresh by virtue of having a female lead and utilizing its fair share of narrative tricks, showing us not just the mechanics of survival but the motivating force behind it. It’s a simple tale of woman vs. nature that is spun an ode to young love, through idyllic beginnings to a potentially rocky end, and the combination of the harrowing cinematography, one truly terrifying simulation of a hurricane, and real open sea filming with the perfectly selected cast adds up to a powerful viewing experience.

That’s all you need to know, spoiler-free wise.

But Adrift steers into dramatically murky waters in its third act, which means this is where I discuss spoilers.

If you’ve read any of the recent articles detailing the history behind Adrift and the real-life story of Tami Oldham then the following will come as no surprise. However, if you know nothing more about this movie and its story beyond what’s contained in the trailers then brace yourself for the following reveal: the real Richard didn’t make it. As you watch the movie, you suspect that might be the case. After all, he rather accurately declares he is dead weight and urges Tami to save the rationed food for herself. But there is a third act twist which reveals he was never even there in the first place.

Well, “never there” might be overstating it. He existed. Their romance was real. And he was steering the boat when the hurricane hit. However, he was thrown overboard and his body was never found. Tami was knocked unconscious for 27 hours and ended up adrift for 41 days. She contemplated suicide multiple times, going so far as to place a loaded rifle in her mouth. An “internal” voice, which some like to believe was the voice of God, motivated her to keep going, and contrary to what’s presented in the film she didn’t hallucinate Richard for the majority of the time she was adrift.

“Actually, while I was in the survival mode, the grief was fairly low,” she told the Chicago Tribune after her book was published. “It wasn’t as intense as when I got to shore and the survival was over, and I could see people together and everything kept reminding me of him.” 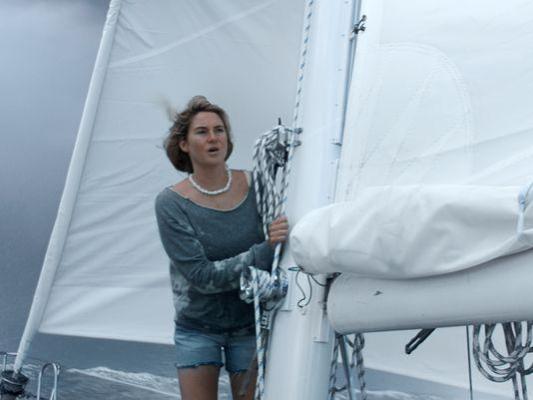 A more accurate adaptation of her story would indeed be a female-led version of All Is Lost, likely with little dialogue and similarly emerging as a tribute to the triumph of the human spirit. Except there’d be less of that movie’s old man at sea and more about a 24-year-old woman’s bitter defiance of the odds.

That’s not the movie they made. Director Baltasar Kormakur (Everest), producer Woodley and film distributor STX instead made a love story. As Woodley told KPCC’s The Frame, “Yes, Adrift is about survival, strength, human will, and desire to survive, but it’s really about the love these two people shared and how that love aided survival.” 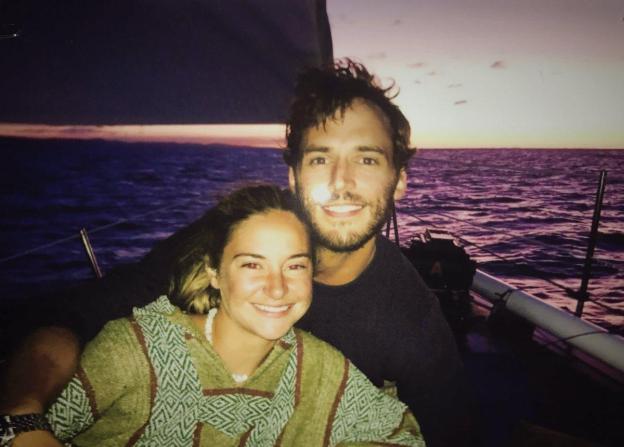 And it totally worked on me. I was in tears by the end of the film, even as another part of my brain was tallying just how many films have done the Fight Club that-character-was-never-really-there trick by now. As I’ve previously described, most survival films thrust a thematically relevant backstory on characters to metaphorically speak to their precarious predicament. Adrift takes it one step further by folding the narrative in on itself and takes that one scene with Sandra Bullock hallucinating George Clooney in Gravity and stretches it across an entire movie, yet I totally ate it up despite my more cynical impulses.

It’s like Titanic meets Cast Away meets All Is Lost, and I loved it.