Patrick Stewart’s career has been blessed. Just last year, he said goodbye to the beloved sci-fi character, Charles Xavier, he played off and on for nearly two decades. Now, he’s returning to that other beloved sci-fi character he played for 15 years. Yes, Captain Picard, first introduced to us in Next Generation’s pilot episode “Encounter at Farpoint” in 1987 and last seen in 2002’s Star Trek: Nemesis, is coming back.

The press release (via CBS):

“With overwhelming joy, it’s a privilege to welcome Sir Patrick Stewart back to the ‘Star Trek’ fold,” said executive producer Alex Kurtzman. “For over 20 years, fans have hoped for the return of Captain Jean-Luc Picard and that day is finally here. We can’t wait to forge new ground, surprise people, and honor generations both new and old.”

It is an unexpected but delightful surprise to find myself excited and invigorated to be returning to Jean-Luc Picard and to explore new dimensions within him. Read my full statement in the photo. #StarTrek @cbsallaccess Photo: @shervinfoto pic.twitter.com/8Ynuj3RBNm

This new series, which will join Star Trek: Discovery on CBS All Access, promises to “tell the next chapter of Picard’s life.” No reboot. No alt-timeline. Just the Picard we remember having adventures we’ve never seen before. Time will tell who exactly goes on those adventures with him. Details aren’t exactly overflowing at the moment.

Will any of the other Next Gen crew members be involved? Dunno, but several of them were on hand to watch Stewart’s announcement:

So glad I witnessed this extraordinary moment 🖖🏾 pic.twitter.com/Z5F4XmQBW6

And we do at least know who two of the producers are going to be:

According to Variety, the following people are known to be involved: “Alex Kurtzman, James Duff, Akiva Goldsman, Michael Chabon, and Kirsten Beyer. Kurtzman, Duff, Goldsman, and Chabon will also serve as executive producers on the series along with Stewart, Trevor Roth, Heather Kadin, and Rod Roddenberry.”

Logan, of course, is one template for how to take a character – Hugh Jackman’s Wolverine – born as part of an ensemble and close him out mostly on his own, with hardly any of his old co-stars (just Stewart) coming along for the final ride. However, just because Patrick Stewart was involved in that particular project doesn’t mean this new one will be remotely similar. Plus, Wolverine already had two solo movies prior to Logan; Captain Picard has never had a movie or TV show to himself.

It’s debatable if a Star Trek show can or even should attempt to be more of a solo showcase. Picard is my personal favorite of all the Captains, mostly because he was my first, but so many of those Picards memes you all love so much only happened because he was reacting to someone else in the cast, be it Wesley Crusher’s latest last minute save, Data’s perpetual misunderstandings about humanity, or Q….well, Q just being Q:

Not that I’m suggesting this new Picard series will be a one-man show. Even if Stewart is the only returning Next Gen member, there will obviously have to be other actors on the show. Still, if that ends up being the case won’t we miss all of Picard’s old friends?

Bridge. Cross. When get there.

For now, what might this show actually be about?

Jean-Luc as a Starfleet Academy teacher. We already know CBS All Access had a new Starfleet series in development. Maybe it morphed into watching Picard, once the face of the Next Generation, helping to mold the minds of the new next generation. Worst case, we get something akin to that forgotten final season of Scrubs where J.D., Turk, and Elliot were suddenly teachers at a medical school. Best case, someone might at some point stand on a desk, declare “O Captain! My Captain!” and literally mean it.

Riker should have long since taken charge of the Enterprise by now. Perhaps Picard has moved on to a new ship with a new crew.

3. The Enterprising Lives of Starfleet Admirals

Or perhaps Picard is an Admiral specializing in diplomacy. IndieWire’s Liz Shannon Miller spelled it out:

While the era of “Trek” that theoretically would be depicted in this series is relatively peaceful, there are no shortage of intergalactic political issues that might need the steady diplomacy that a seasoned officer like Picard could offer.

“The West Wing” in space, is basically the idea here; in fact, Picard’s career trajectory here could essentially mirror that of Spock’s own path, who shifted from serving actively in Starfleet to becoming an ambassador and diplomat.

Considering everything Stewart has said about why he wants to come back to Picard and the Star Trek universe, this particular story pitch might have the most legs. It most obviously speaks to Steweart’s desire to “research and experience what comforting and rewarding light [Picard] might shine on these often very dark times,” and would also quite easily open the doors for guest appearances from any and all interested/available Next Gen cast members.

Picard never had kids, and his one brother, sister-in-law and nephew each died in a fire. The bloodline stops with him. There will never be another Picard.

Way to bring us down, Star Trek: Generations.

That’s so 1994, though. What has Patrick Stewart done since then? Oh, just continued being a father to his two sons while going through two different marriages, first to a former Next Generation producer 15 years his junior and then to a New York singer nearly young enough to be his granddaughter. Picard, of course, simply never made the time for a family, prioritizing his career instead, and Generations was his moment to contend with the dramatic consequences. That man who plays him, though, has had quite the eventful family life over the past quarter-century.

It’s 2018 now. People are having kids much later in life than they used to. Why not take these modern trends into consideration and give us a Picard who, after losing the original Data, i.e., his obviously surrogate son, in Nemesis, opted to start a family, perhaps with Vash (although, didn’t she become a Q?) or someone new. He could have tweens or full-blown teenagers by now. When did pairing Picard with kids ever go wrong? 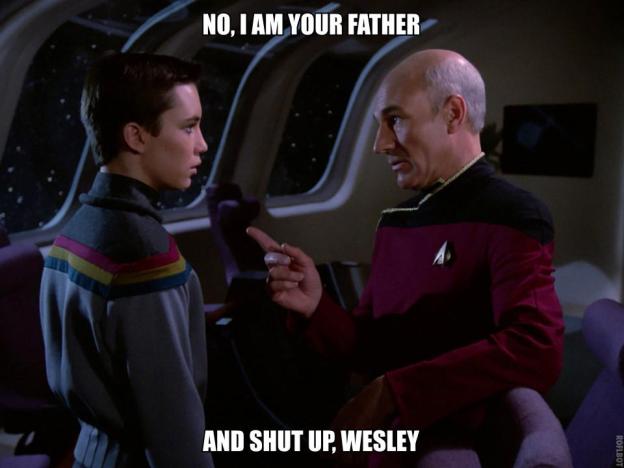 If they do give him a family, maybe make sure that it doesn’t look so oddly Dickensian this time:

5. Just When He Thinks He’s Out, They Pull Him Back In 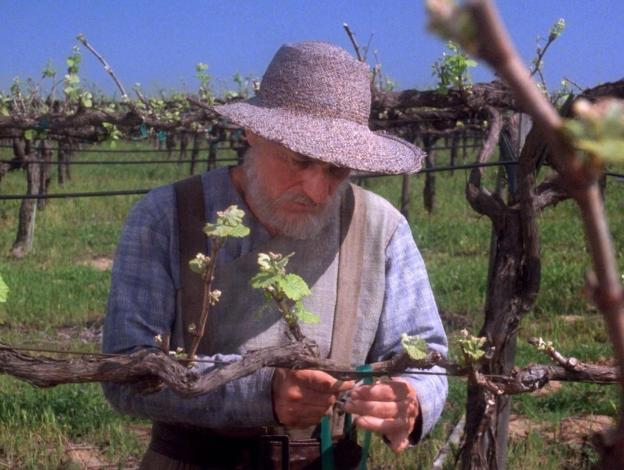 As impossible as it might be to swallow (and as much as it would be at odds with Stewart’s own work proclivities), what if we start on a Picard who is genuinely attempting a life of retirement. I’m not talking picking-grapes-retired-Picard from the Next Gen finale either. He’s also definitely not just sitting around thinking about all those times the Borg nearly destroyed the universe or lamenting what could have been with Beverly. No, I imagine a still very active Picard, perhaps going on archeology digs as he was so fond of on the show. Except, somehow he discovers something which leads him back to Starfleet, rubbing shoulders with a few old Next Gen friends along the way, and into an intergalactic conspiracy.

6. Something something Time Travel?

I don’t know this would work or what story they could tell that they haven’t already. Through Next Gen, Picard’s already experienced the “if you could change one thing about your past” time travel story as well as the “investigate the same mystery occuring at three distinct moments throughout your own personal timeline” and “the bad guys went back in time and changed history” time travel stories. However, I’m open to anything here.

What about you? Do you have any ideas for what they might do with a Picard show? And if you haven’t already will this be enough to get you to subscribe to CBS All Access? Let me know in the comments.