A morning of historic firsts and puzzling snubs. That’s how I’d summarize today’s Oscar nominations. You can see the full list of nominees at THR, and I’ll include a listing of the biggest categories at the bottom of this article. First, though, here are my 5 hot takes about what just went down. 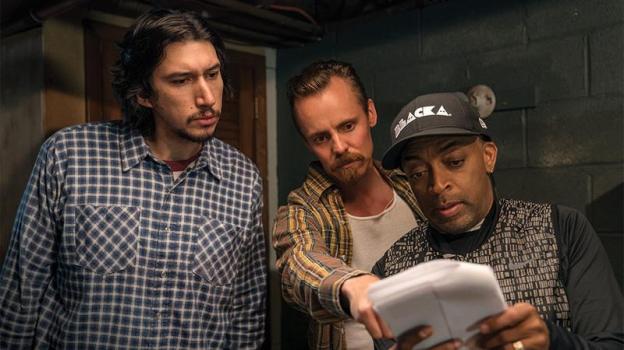 At long last, Spike Lee is finally in the running for Best Director and Best Picture. When recently asked about the chances of this happening this year, he quipped that Do the Right Thing wasn’t nominated the year it came out, yet it’s in the Library of Congress now. Translation: Fuck the Oscars. He might say something different today, but maybe not. He is Spike Lee, after all. Perpetual outrage is kind of his thing. Well, that and colorful glasses and Knicks games.

Dammit. There I go trivializing the man down to the most superficial elements of his celebrity. Truth is, BlacKkKlansman is one of his best movies and he deserves all the recognition he’s getting for it.

Joining Spike Lee in either celebrating a long overdue nomination or simply trailblazing as the first of their kind to be nominated:

2. The Dark Knight Rule finally worked. If only it could have worked last year for Logan. 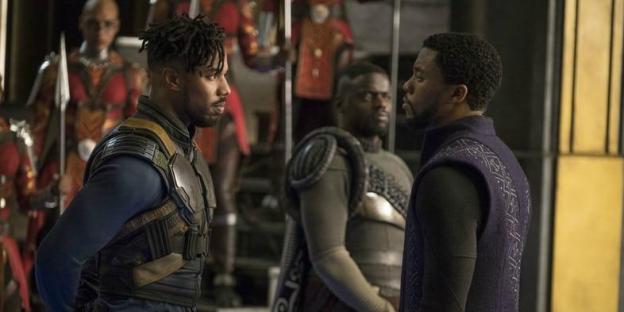 Black Panther and Roma are now the firsts of their kind – first superhero movie and first Netflix Original to be nominated for Best Picture. Not that either nomination was a particular surprise, especially based on how things had been going at all the precursors awards shows. Still, it’s nice to see Academy voters adjusting the Oscars’ historically rigid definition of what really constitutes Best Picture material. Plus, hey, it only took a decade but The Dark Knight Rule finally did its job – a critically acclaimed and insanely successful comic book movie is finally up for Best Picture.

Quibble if you want over whether Black Panther was even the best comic book movie of 2018. I’d honestly give the edge ever so slightly to Spider-Man: Into the Spider-Verse. However, Black Panther was inarguably the most transcendent, something not even the Academy could ignore.

Still, as per usual this is but a half-step. 6 of Black Panther’s 7 total nominations are in the below-the-line categories, which means that while various visual effects and crafts artists are newly nominated none of the actors, writers, or the film’s wunderkind director Ryan Coogler are. With all due respect to the 5 men actually nominated for Best Supporting Actor, Michael B. Jordan’s Killmonger will easily outlive every single one of their characters in the average film fan’s memory. So, Heather Ledge remains the last actor nominated for a performance in a comic book movie.

3. Ted Sarandos will feast on the tears of his enemies.

As I explained last year, Ted Sarandos has wanted Oscar validation for so long he could taste it. So, with Roma he wasn’t leaving anything to chance. Various industry trades have reported Netflix spent more on its Oscar campaign for Roma than just about anyone in decades, going back to when Harvey Weinstein perfected the art of buying an Oscar. Moreover, Sarandos caved into industry pressure and put Roma into theaters for three weeks, at a complete loss to the streaming giant. That, it appears, was enough of a bone to throw to the traditionalists (ahem, Steven Spielberg) in the Academy to get them to recognize Roma’s greatness instead of writing it off as merely an excellent TV movie which should be in the running for Emmys, not Oscars.

Remember, it wasn’t that long ago that the Academy entirely rejected Netflix’s Beasts of No Nation on principle. Since then, Sarandos has repeatedly tried and failed to talk his way into a position on the Academy’s Board of Governors, but still managed to chip away at the Netflix bias, picking up nominations and eventually a win in the Best Documentary category. Then, last year Mudbound broke through into supporting actress, cinematography, adapted screenplay, and song nominations. It eventually lost all of those, but considering the way The Meyerowitz Stories was snubbed entirely it truly was an honor for any Netflix Original to just be nominated.

As Sarandos told Vanity Fair, “I think it’s really important to our filmmakers to know that if they’re doing the best work of their life and it turns out to be the best film of the year, that they can compete fairly for that Oscar. The Academy should be celebrating the art of moviemaking in all of its forms, not the art of distribution and what room a movie may or may not be seen in.”

The Academy’s response, much like the Democrats’ current position in the government shutdown, was pretty stern: put your movies into theaters and then we can talk. In fact, some members felt so strongly about this they tried to pass new eligibility rules which would instantly disqualify any movie which premieres on streaming either first or on the same day it hits theaters. No such rule passed, but Sarandos finally blinked, putting Roma, The Ballad of Buster Scruggs, and also Bird Box (for some reason) into theaters weeks prior to streaming.

The result: 10 nominations for Roma (including 2 acting nominations, which is 1 more than expected) and 3 for Buster Scruggs even though most expected it to get none, maybe 1 tops.

There is a fair counter argument that too much is being made of the distribution bias. Instead, Netflix had been snubbed simply because it had yet to actually make its first masterpiece. Roma changed that calculus considerably. Putting it into theaters certainly simply helped get the point across.

Either way, Ted Sarandos is responsible for more movies and TV shows at Netflix than all other traditional studios combined. Given that volume, it was only a matter of time before something broke through. Roma happened to be the movie to do it, and we might be here again next year if Martin Scorsese’s The Irishman lives up to expectations. 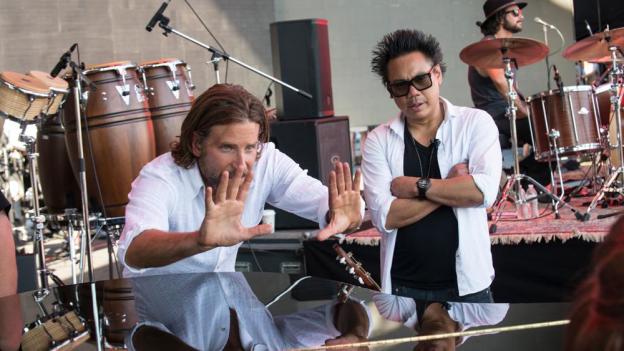 No other film awards entity has a membership body quite like the Academy’s, with its complete grab bag collection of prior nominees, industry legends, and diverse new voices who’ve been invited to join in recent years despite seriously suspect resumes. It’s not just women and people of color who’ve been asked to join in light of #OscarsSoMale and #OscarsSoWhite; it’s also a lot of international voices.

All of this guarantees the Oscars will break with the precursor awards shows in surprising ways. Of course, that’s always been true. Remember the Academy’s puzzling love for Extremely Loud and Incredibly Close? However, now some of the shocks will come from the Academy favoring more esoteric choices which though surprising are hard to argue with. Phantom Thread, for example, disrupted last year’s awards race by overperforming with 6 Oscar nominations, but damn if it isn’t one of Paul Thomas Anderson’s best movies.

This is my best explanation for why the Academy shockingly snubbed Bradley Cooper for Best Director, nominating Yorgos Lanthimos (The Favourite) and Pawel Pawlikowski (Cold War) instead. You could not find a better example of a perfectly directed, old-fashioned studio picture this year than Cooper’s work on A Star is Born. Snubbing Peter Farrelly for Green Book is more understandable, but ignoring Cooper feels entirely reminiscent of when Ben Affleck was snubbed for Argo because the director’s branch simply didn’t like an actor moving in on their territory.

But I haven’t seen Cold War yet. Hardly anyone has. It’s only playing in 39 theaters. I’m willing to bet that once I do see it I’ll have to concede I don’t know who I would take out of the Best Director category to make room for Cooper. They all seem really worthy.

Except Adam McKay for Vice. Actually, yeah, leave him out and put Cooper in. Or maybe leave him and needless-whip-pan Lanthimos out and put in Cooper and You Were Never Really Here’s Lynne Ramsay, Eighth Grade’s Bo Burnham, Leave No Trace’s Debra Granik or Black Panther’s Ryan Coogler. (Not that any of them have a shot against Alfonso Cuaron.)

That’s not how it works, though. The Academy voters make the choices and there’s no haggling with them to change their mind. If so, you’d have a damn good case that:

5. Not a good year for small movies, apparently

Every Oscar season has an odd momentum all its own and December surprises which disrupt what we thought we knew. This year’s story, however, is mostly about how few actual December surprises there were. Those movies which were meant to either define the Oscars race or change it at the last minute – First Man, Widows, The Front Runner, Mary Queen of Scots, Welcome to Marwen, Mary Poppins Returns, On the Basis of Sex – disappointed. Only Vice seemed to transfer a true end-of-the-year release into a successful Oscar campaign. Green Book and The Favourite did the same with late-November releases.

Still, with more misses than hits out of the traditional Oscar bait, there was some hope that extra consideration would be given to smaller films which came out earlier in the year. Eighth Grade, Sorry to Bother You, Hereditary, You Were Never Really Here, Leave No Trace, The Rider, First Reformed, and A Quiet Place (which made a ton of money but still had a small budget) all seemed to have legitimate shots. Other awards bodies, especially, but not limited to the Indie Spirit Awards, seemed to agree.

Not the Academy. Between those 8 movies, they end today with a total of 2 Oscar nominations: Best Original Screenplay (First Reformed) and Sound Editing (A Quiet Place).

Don't get why you nominate Amy Adams and Sam Rockwell for so-so work in #Vice when Eighth Grade, Leave No Trace, Widows, If Beale Street Could Talk, Hereditary, and A Quiet Place all had more worthwhile candidates. But that's what everyone's been doing this season #OscarNoms

(This is why the Academy should really bring back the Best Newcomer/Best Breakthrough Performance category. Academy voters just can’t help themselves sometimes. You need to give them an outlet to celebrate the Elsie Fisher’s and Thomasin McKenzie’s of the world.)

Crazy Rich Asians was also completely snubbed, though. So, the smaller movies don’t have the exclusive on justified disappointment today, and The Favourite is hardly a world-beater, grossing a mere $21m despite consistent awards buzz. However, we started this knowing the Academy wanted a Best Popular Film category, and now it has mega-hits like Black Panther, Bohemian Rhapsody and A Star is Born competing for the right to lose to Green Book or Roma.

Best Actress in a Supporting Role

Best Actor in a Supporting Role

Full list of nominees, including the short film categories, here.