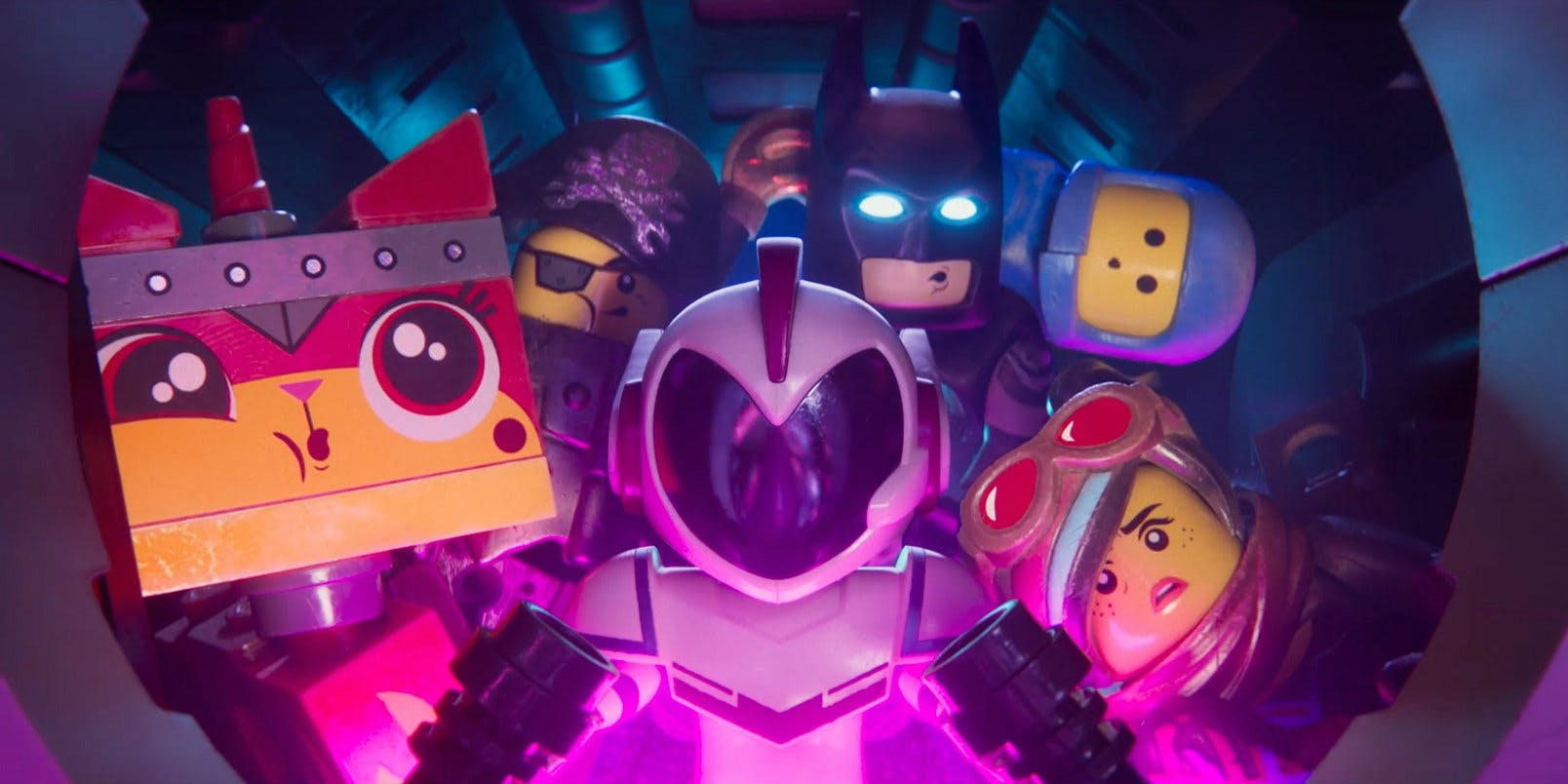 If you’ve seen the Lego Movie 2 trailer and think you have the basic subtext of the movie figured out, keep reading. I’m going to talk about that while also trying not to spoil too much. If not, maybe come back after you’ve seen the movie or jump to the very bottom for my spoiler-free conclusion.

The Lego Movie meant more to me than it did to the kids in my life. I suspect the opposite is going to be true for The Lego Movie 2. Before I get to that, I need to set the stage a bit:

How We Get Here, or, Five Years is a Long Damn Time to Wait for a Sequel

It’s mildly stunning to me that five years have passed since the release of The Lego Movie. Five. Years! In an age in which some superhero franchises can be completely recast and relaunched in just three years, stretching the gap between sequels to a half-decade seems like career suicide, especially when your target audience includes toy-buying little kids who won’t be so little anymore when you take so long between movies.

WB would likely agree. Lego Movie 2 was never supposed to arrive so late. It was meant to be a 2017 movie. Then, reluctantly, a 2018 movie. Now, it hits us in 2019. Given that prolonged production process, director Mike Mitchell (Shrek Forever After, Trolls) understandably joked in a Total Film interview, “I’ve been working on this film for so long that my real life is turning to Lego: I’m almost traumatized with seeing bricks everywhere!”

Audiences can’t totally relate to that kind of everything-looks-like-The–Matrix-to-me-now delusion, but we have at least seen some Lego bricks on screen in-between proper Lego Movie installments. There was, of course, The Lego Batman Movie, which, huzzah, because it’s a bonafide masterpiece of superhero deconstruction. Also, The Lego Ninjago Movie happened.

The box office for these spin-offs, however, didn’t come remotely close to equaling The Lego Movie’s. The franchise as a whole has now amassed over $900m in ticket sales worldwide, but that’s likely a far more modest return that WB was hoping for when it anointed LEGO as one of its core pillars alongside DC comic book movies and Harry Potter continuations.

Sleeping with the Enemy, or, Seriously, How Amazing is Spider-Man: Into the Spider-Verse! 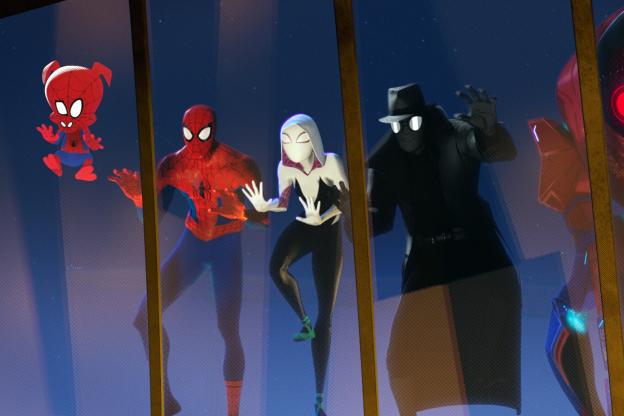 It had to hurt the higher-ups at WB to see LEGO Movie directors Phil Lord and Chris Miller spending their time between sequels flirting with Disney. Of course, then Disney fired them. Come back, home, boys. The water is warm. But then they managed to replicate their Lego Movie-esque game-changing success for a rival studio’s fledgling animation wing (Sony) by helping create Spider-Man: Into the Spider-Verse.

After all of that, hopefully, Messrs. Lord and Miller aren’t creatively spent. Surely they have some genius left for The Lego Movie 2, which they declined to direct but did at least produce and write.

Picking Up Where We Left Off

This is a sequel which picks up literally one second after the prior installment ended. I’ll let the director explain, from his Total Film interview:

“If you remember the end of the first film, Will Ferrell’s talking to his son, who’s maybe six years old, and he says his sister’s going to have to come down here to play. And the little sister comes down with her Duplo and says, ‘We’re here to destroy you.’ That’s exactly where this film picks up, where the Duplo are destroying Bricksburg. After a brief opening, we move forward fours years. The brother and sister are both older and they’re both still fighting over who gets to play with the Legos, and that’s reflected in the world our Lego characters live in.”

So, Bricksburg has morphed into a Mad Max-style post-apocalyptic hellscape, making a now-always-brooding Lucy aka Wylde Style (Elizabeth Banks) their Furiosa. Emmet (Chris Pratt), however, is exactly as naive and “Everything is Awesome!” as before. When he builds a cute, little house for Lucy even though anything cute is forbidden, a mysterious mini-doll named General Mayhem (Stephanie Beatriz, who eventually gets to use her normal speaking voice instead of her more familiar, affected Brooklyn Nine-Nine voice) shows up to investigate. And…

Eh. Have you seen the trailer? Because, honestly, it’s all in there: 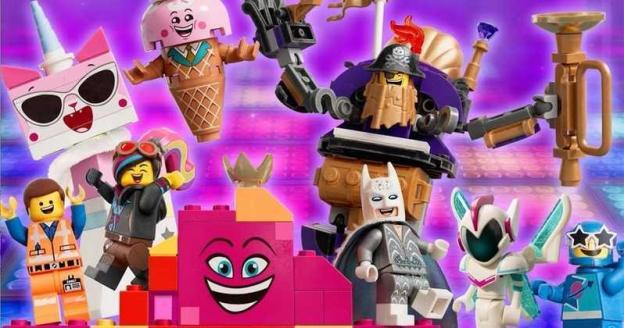 If you’re a kid, maybe you don’t get the obvious subtext in the trailer. Otherwise, it’s painfully obvious what’s actually happening, and the movie attempts to make this all the more clear via a serious increase in the amount of time we spend in the real world:

The little kid from the first movie, Finn (played by the same actor), is now a broody pre-teen who has seen some PG-13 movies (as well a couple R-rated ones) and incorporated them into his playtime, continuing his habit of mixing and matching pop-culture touchstones, just updated now to include slightly more mature titles like The Matrix. After a big fight, his younger sister Bianca (played by The Florida Project’s Brooklynn Prince) steals his favorite Lego mini-figs and takes them to her room, which our Lego characters see as a wild, seemingly endless outer space known as the “Systar System.”

They also fear something called “Momageddon,” which we understand to really mean Finn and Bianca’s mom (who appears on-screen in a cameo so funny I dare not spoil anymore) threatening to force them to put their toys away if they keep fighting.

Why That’s More Challenging to Pull Off

This makes Lego Movie 2 a far more Avante-Garde film than its predecessor. Lord and Miller’s genius has always been to satirize the more trivial elements of popular storytelling formulas while also digging deeper and celebrating the core of what makes those formulas so enjoyable. That’s how 22 Jump Street turned into a meta-comedy sequel about, well, sequels, Into the Spider-Verse became a deconstruction of/salute to the inherent empowerment element of superhero stories, and Lego Movie ended up an event blockbuster which satirized event blockbusters and the traditional hero’s journey.

Lego Movie 2, however, is less rooted in any specific film genre or set of tropes. Instead, Lord and Miller far more ambitiously attempt to comment on the gendered differences between the way we play and see the world, with Emmet’s storyline clearly being Finn’s creation and everything in the Systar system coming from Bianca’s mind.

Finn combines his toys and the tropes from his favorite movies to work through his dwindling adolescence, meaning everything has a traditional conflict and plot structure and Emmet’s path to heroism is to become more manly; Bianca wants to sing, dance, have innocent, conflict-free fun, and indulge her every creative whim, which means lots of glitter and increased screen time for Lucy, who is far more than just “The Trinity” this time around.

More than anything else, however, Bianca just wants to play with her brother. That’s where I think this film might end up meaning more to kids than adults.

When I saw the first Lego Movie, it was in a theater with my then 6-year-old nephew. He was relatively new to Legos at the time, and I had spent a fair deal of time helping him put together various Lego playsets. (He was especially partial to anything Star Wars-related thanks to the Lego Star Wars cartoons.) What Lego Movie showed me was I had been acting as the Will Ferrell to his Finn. Looking at the toys through adult eyes, I simply wanted to follow the instructions and build the toy so it would look just like the picture on the box. He wanted that as well until he got bored with it, eventually opting to instead create whatever he wanted from the supplies on hand. I needed to foster that creativity, not hinder it.

This, of course, was lost on him. After the movie, he said he liked everything about it except for the stuff in the real world. He didn’t go to The Lego Movie to see real humans playing with Legos; he wanted to see them come to life via animation. Honestly, it was hard to get even that much out of him since all he really wanted to do was sing “Everything is Awesome” at the top his lungs.

Thanks for that, Lego Movie.

Lego Movie 2, on the other hand, is not a father-and-son story; it’s a brother-and-sister story. This is a movie which tries generally to tell kids not to be in such a hurry to grow up so fast and more specifically tells older siblings to remember how much their younger brother or sister probably idolizes them. This didn’t mean nearly as much to me, but it’s something I want my niece and nephew to see.

It’s A Lot Like Toy Story 3, Except, Ya Know, Not a Masterpiece

In Pixar’s hands, all of this would be developed beautifully enough to break all hearts regardless of age. Here, however, the warmed-over Toy Story 3 plotting feels almost exhausting. Lord and Miller are so aware they bit off more than the could chew that they overcompensate by doubling down on all the things people liked about the first movie. So, “Everything is Awesome” is reprised and re-written multiple times, the other songs are all catchy meta-jokes (“This song is going to get stuck in your head” promises the repetitive chorus of one), Batman is simply around to be satirized, and the number of “the kids won’t get it, but the adults will laugh their asses off” pop culture gags have been increased exponentially. Emmet’s plot, in particular, jumps through so many twisty machinations that its improbability becomes part of the joke, yet no one in my theater was laughing.

In fact, sustained laughter was especially hard to come by when I saw this as part of WB’s special nationwide preview screening event yesterday. The surprise factor is gone, and the knowledge that everything on screen is just the product of a feuding brother and sister leads to the movie consistently pulling focus away from the real draw: to see Emmett, Lucy and everyone else together again. With Lord and Miller’s script leaving them less to directly satirize, it’s harder to ignore how this is all really a giant commercial for Lego toys. A clever, enjoyable and visually impressive commercial, but a commercial nonetheless.

My nephew, for one, is already in the bag. The other day he told me how excited he was for The Lego Movie 2. When I started talking about the film’s trailer, he interrupted, “Sorry. No, I meant all the new Lego Movie 2 toy sets they’re going to release. Sure, the movie will be fun, but I really want to play with the toys based on the movie.” 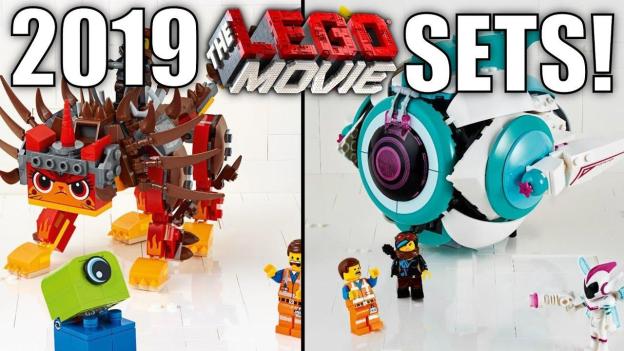 The Lego Movie 2 hits theaters February 8. I’d give it a mild recommendation. It’s a bigger, more ambitious follow-up, yet it feels guilty of trying a little too hard and ultimately falling back on less funny versions of everything everyone loved about the first movie. Still, there are certainly laughs to be found, and any kids with siblings might really respond to the storyline’s overall message. If not, they’ll probably really love their Lego Movie 2 toys.

Post-Credits Alert: There is no actual post-credits scene. Sitting through the credits, however, is still recommended for two reasons:

What about you? Are you still planning to see this? Or did you see it yesterday? If so, what did you think? Let me know in the comments.