After putting in his twelves year on an NBC procedural, Christopher Meloni is playing with “fuck you” money now. Pigeonholed for years as either a menacing criminal or grizzled detectives in gritty, straightforward dramas, he’s newly free to indulge his comedic side, something we used to only be aware he even had thanks to his insane turn in Wet Hot American Summer. There, his PTSD-addled war vet turned summer camp cook talks to an old friend who has come back as a can of mixed vegetables. Meloni sells it because he plays it on just the ride side of straight/this is ridiculous.

It’s a skill he puts to great use in his current TV gig: Happy!, a completely bonkers show which asks Meloni to constantly share the screen with an airborne, animated unicorn/donkey hybrid creature voiced to adorable delight by Patton Oswalt. With the second season due to arrive later this month, now is the perfect time to binge the show on Netflix.

THE PREMISE | Once a disgraced cop, now an unhinged hitman, Nick Sax (Meloni) befriends a kidnapped little girl’s imaginary friend – a perky blue flying unicorn named Happy the Horse (Oswalt). Initially written off as a drug trip, Nick quickly realizes Happy might actually be real – or realish, at least. After all, he is the only one who can see Happy. Why is that? You find out at the end of the pilot. Spoiler: The kidnapped girl is the daughter Nick never knew he had.

Together, Nick and Happy encounter a demented Santa Claus, a reality TV star with a (possibly) zombie son, a merciless mob boss stuck under the thumb of a crazed kids TV personality, and a hitman who redefines the word “sadist.” It’s enough to drive poor Happy to a self-help group for dejected imaginary friends, but even that turns out to defy the concept of “safe space.” Surely at some point, these two improbable partners will finally manage to save the little girl. Right?

IT’S KIND OF LIKE | An unholy, but an endearing marriage of Toy Story, Inside Out, Death to Smoochy, and Cranked. It’s midnight cinema transferred to a TV series.

CREATED BY/SOURCE MATERIAL | Grant Morrison and illustrator Darick Robertson partnered together for the first time on the four-issue Image comic book series Happy! in 2013, and they are each listed as the co-creators of the television show as well. Serving as their backup, however, is Crank/Ghost Rider: Spirit of Vengeance/Mom and Dad film director Brian Taylor who made Happy! his first TV project. He directed over half of the first season episodes and is back as director and executive producer for season 2.

NOTABLE CAST MEMBERS | In addition to Meloni and Oswalt, there’s Debi Mazar, Lili Mirojnick, a clearly slumming-it Broadway star (Waitress’ Christopher Fitzgerald) and a couple of real “that guy from that one thing” types as the villains ( Ritchie Coster, Patrick Fischler). 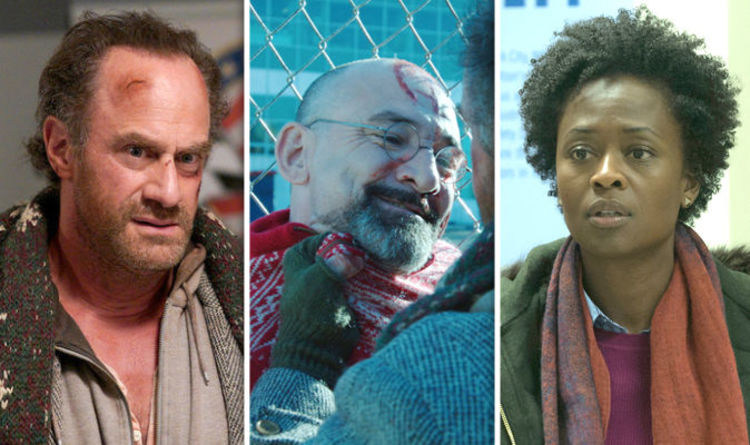 THE REVIEW | I previously reviewed Happy! after the pilot premiered, concluding at the time:

Happy! repeatedly says sayonara to good taste and restraint, which is a surefire way to ensure it will stick in our memories. Whether there’s going to be anything more to it than an endless parade of holy shit moments remains to be seen, but it certainly makes Happy! out to be a show which knows its audience and will ride Meloni’s still underappreciated comic genius as far as he will take it.

Having now seen the entire season, I’d say the show adds more shading as it goes along, particularly the more it fills out the supporting roles. There is a surprising heart underneath it all, to the point that it’s genuinely touching when after witnessing so much destruction the only thing which truly scares Nick is the prospect of talking to his daughter for the first time.

But, who am I kidding here? This is a WTF show through and through, one where the almost unbearable cuteness of Happy constantly rubs against the most heinous deeds imaginable. This is a show sold on the appeal of watching a nearly insane Christopher Meloni bounce off of a naive cartoon character voiced by Patton Oswalt, and that’s exactly what it delivers. It’s like Max Payne partnered with Ratatouille/Bing-Bong, somehow, but dropped into a chaotic crime underworld prone to acid trips.

Clearly not for everyone, but for a select group of viewers Happy! will be the type of series you start watching one afternoon and next thing you know you’ve finished the entire season. You’ll laugh. You’ll cringe. You might even cry. By the end, you’ll probably secretly also hope you can find a stuffed version of Happy online. He’s just so cute!

WORTH YOUR TIME IF YOU ENJOY… | Drugs.

NO, SERIOUSLY, WORTH YOUR TIME IF YOU ENJOY TV SHOWS LIKE… | Preacher or Future Man.

YOU SHOULD PROBABLY KNOW… | The second season marks new creative territory for the show as they have now outlived the storyline of the comics. So, there’s really no telling what will become of the new characters played by incoming cast members Curtis Armstrong, The Big Show, and… 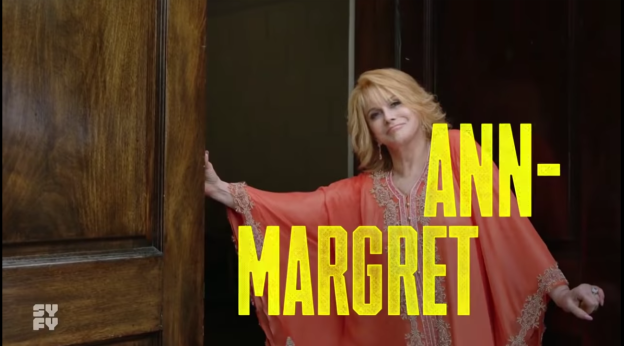 WHEN DOES THE SECOND SEASON START? | March 27th.

What do you think? Does Happy! sound right for you? Or not so much? Let me know in the comments.