Francis Ford Coppola once had an idea for a movie that now screams prestige TV drama: two ambitious men – one an architect, the other the mayor, each with a diverse ensemble of supporters behind them – fight over their differing visions for how to reshape a futuristic New York City into a utopia.

I’m thinking Billions meets Succession meets A.I. Throw in some Trump and de Blasio stand-ins. Tweak the concept to ensure there will be plenty of female characters with agency and not just two rich dudes slugging it out in boardrooms. Attach Coppola’s name as producer. Boom, you’ve got a 10-episode order from HBO:

That’s not going to happen, though. For one thing, HBO would probably force him to change the title to something a little less confusing. For another, Coppola doesn’t want to make a TV show; he wants to make a movie!

According to Deadline, that’s exactly what he’s doing:

On the eve of his 80th birthday, Francis Ford Coppola is ready to embark on one of his dream projects. He plans to direct Megalopolis, a sprawling film as ambitious as Apocalypse Now, that he has been plotting for many years. Coppola revealed this to me today. He has his script, and he has begun speaking informally to potential stars. I’ve heard Jude Law’s name among those who might potentially be in the movie.

Ok. “Soon-to-be octagenarian director has a script for a movie and Jude Law might be interested” isn’t exactly an ironclad guarantee this will happen. However, it’s a pretty big reversal from 2009 when Coppola told Movieline, “I feel pleased to have written something. Then I’m done and I’ll want to move on to something else. Someday, I’ll read what I had on Megalopolis and maybe I’ll think different of it, but it’s also a movie that costs a lot of money to make and there’s no patron out there. You see what the studios are making right now.”

In a separate 2009 New York Times interview, Coppola expanded on his disenchantment with Hollywood: “It’s an industry that makes the same movie over and over again and rules out a climate of experimentation.”

Based on quotes like those, Simon Braund’s 2013 book The Greatest Movies You’ll Never See rated the likelihood of us ever getting a Megalopolis movie as no higher than 30%. Guess they’ll need a revised edition now, yet I would have reached the same conclusion as Braund. Consider the evidence:

Coppola hasn’t been a regularly active director since the 1990s and he hasn’t been a reliably bankable one since the 1970s. For the past decade, we’ve all been more likely to visit Coppola’s winery than to actually see a new movie from him, especially since his last couple of movies played festivals, a couple of theaters in France or Spain, and that’s it. So, yeah, not exactly waiting up for him to helm a big budget studio picture anytime soon.

Regardless of decade, Coppola – one of the iconic members of the New Hollywood movement – has always had a rigidly independent streak. He follows his artistic muse into areas that feed him creatively but not always financially. Being the guy who made the first two Godfather movies and Apocalypse Now earns you that kind of blank check freedom. However, eventually your creative capital runs out, especially when you have a three-year run like this from ‘82 to ‘84: 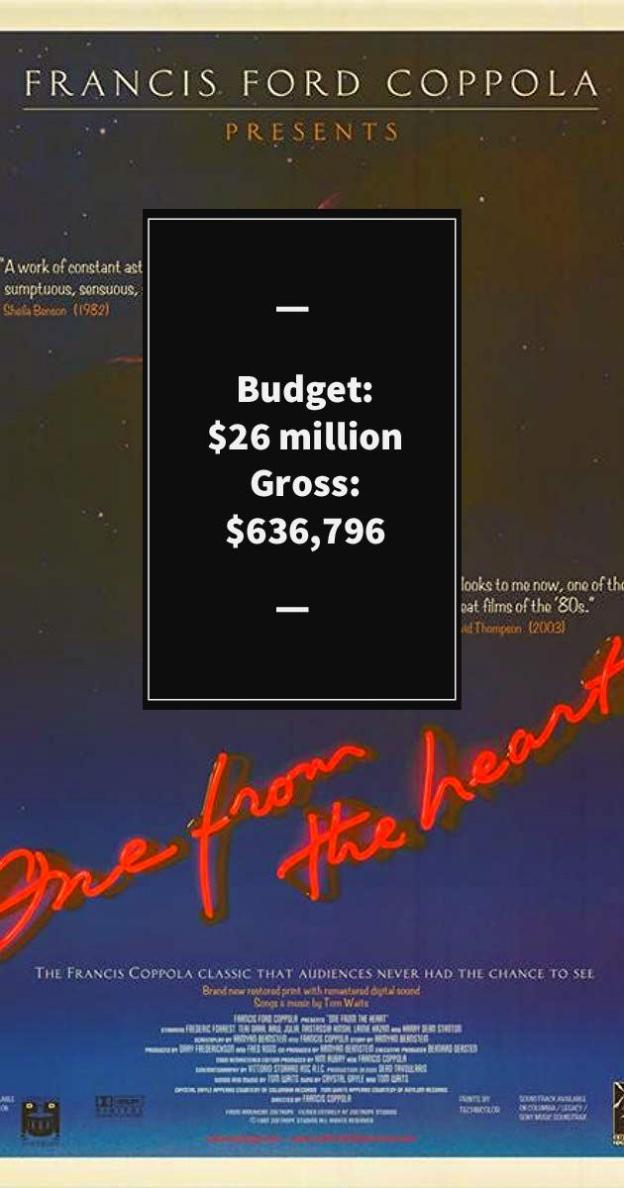 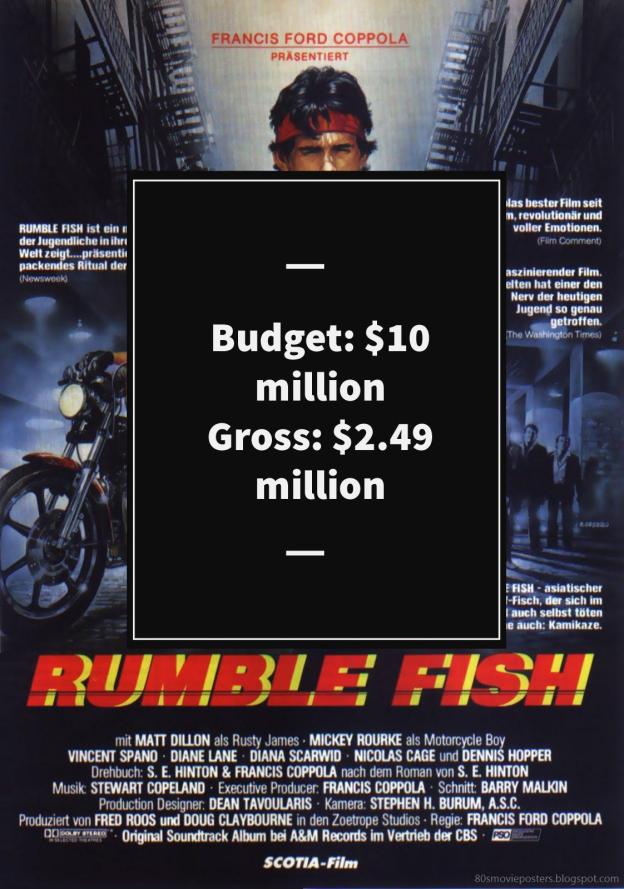 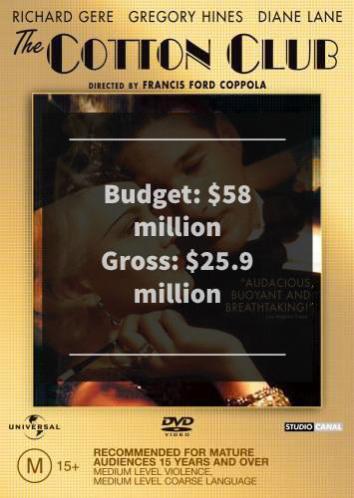 Note: None of the above numbers were adjusted for inflation.

Luckily for all involved, Coppola followed that up with 1986’s Peggy Sue Got Married, which with a U.S. gross of $41m became his first box office success since Apocalypse Now. Without that, Megalopolis might never have left a drawer in his desk. He’d actually stumbled on the idea in 1984 and turned it into the type of sprawling 212-page script sure to give every movie producer heart palpitations.

Coppola’s inspiration? Rome. “Modern New York – which is to say modern America – is a lot like Republican Rome,” he told Scenario Magazine. “I’ve taken a very famous and very mysterious incident in Roman history from the Republic, not the Empire, called the Catiline Conspiracy.” 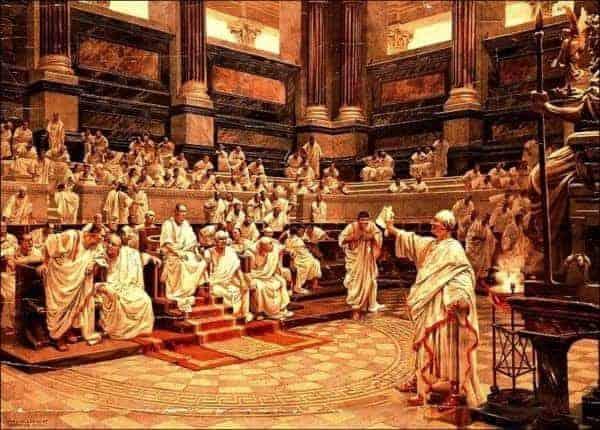 “I’ve taken the characters of the Catiline Conspiracy and set them in modern New York. So, in many ways, what it’s really about is metaphor-because if you walk around New York and look around, you could make Rome there”

He wasn’t kidding. His script actually names the architect character after Catiline and the mayor after Cicero. They are but a couple of the story’s countless characters and myriad suplots. Braund concluded: “Reading the screenplay, you emerge dazed, unable to decide whether a film spawned by it would have been a work of genius or the kind of folly that brings studios to their knees.”

Yet, Coppola believed in it so much he took the jobs to direct Bram Stoker’s Dracula, Jack, and The Rainmaker in the 90s just to raise money for Megalopolis. It almost worked. By 2000, he’d shot over 30 hours of second-unit footage for the project, commissioned numerous pieces of concept art, finalized the script, and started circling Kevin Spacey, Warren Beatty, Paul Newman, Nicolas Cage, and Robert De Niro for potential roles. 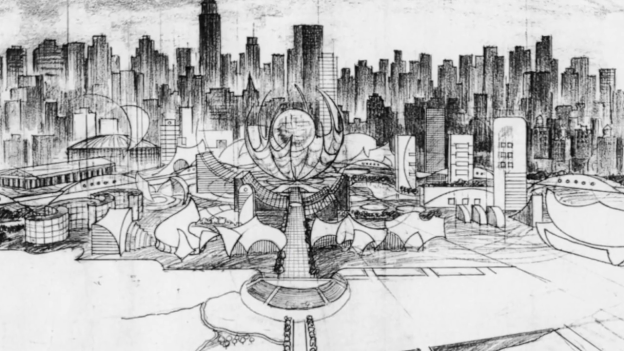 “I feel like history has come to my doorstep,” said Coppola, initially believing the tragedy added relevance to his project just as long as he delayed it to rewrite the script to reflect the new world order post-9/11.

That proved far more difficult than he anticipated. “It made it really tough. All of a sudden you couldn’t write about New York without writing about what happened and the implications of what happened. The world was attacked and I didn’t know how to try to deal with that. I tried.”

It’s also just that none of the studios seemed to understand his script. “The sort of notes I would get would be related to the project’s financial or pop-value. I didn’t want that kind of narrow movie feedback because I was trying to write a script that was more ambitious.”

However, the conservative, risk-averse Hollywood apparatus Coppola was going up against back then has only worsened in the decades since. The studio he was talking to, United Artists, has since been swallowed up by Sony, which isn’t exactly a major powerhouse itself these days.

The version of Hollywood that grants a director the type of black check Coppola had after Apocalypse Now…that doesn’t really exist anymore, and the type of film financing situation which bends over backward to accommodate a legendary old director’s non-commercial ideas…that’s never really existed anywhere, at least not at the blockbuster budget level Coppola is seeking.

This is a world in which Scorsese’s next movie is coming out on Netflix. Spielberg is only a couple of years removed from almost having to make Lincoln as an HBO Original Movie. Woody Allen is having to go to court just to get Amazon to honor the lucrative contract they gave him and then pulled back after Ronan Farrow’s reporting. Most of Coppola’s other peers have died off, transitioned into retirement or careers away from the film industry, or are perfectly willing to work again if only anyone would hire them.

That’s why he would be better off pitching this as a limited series somewhere. Either way, he seems might confident this will get off the ground before the end of the year, which would fulfill one of the more unlikely comebacks from a major film director in recent memory:

“So yes, I plan this year to begin my longstanding ambition to make a major work utilizing all I have learned during my long career, beginning at age 16 doing theater, and that will be an epic on a grand scale, which I’ve entitled Megalopolis,” Coppola told Deadline. “It is unusual; it will be a production on a grand scale with a large cast. It makes use of all of my years of trying films in different styles and types culminating in what I think is my own voice and aspiration. It is not within the mainstream of what is produced now, but I am intending and wishing and in fact encouraged, to begin production this year.”