You can see why Bob Iger thought it was a good idea to announce David Benioff and Dan Weiss as the producers of the next Star Wars movie. They are each one episode away from finally finishing their tenure as Game of Thrones custodians. The ratings for the show’s final season have been record-breaking. A cursory glance shows their names are trending on Twitter. The calculus is quite simple:

Hey, you know those guys behind the biggest show on TV right now? We just poached them away from Warner Bros. to come join Disney and produce at least the first installment in the new Star Wars trilogy due to kick off three years from now. 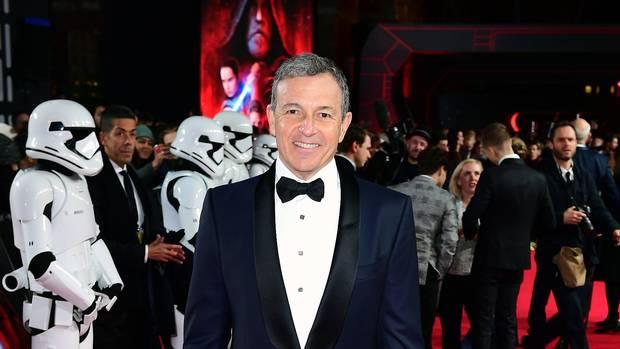 Small problem: Benioff and Weiss have consistently mismanaged the storytelling and character development on Game of Thrones ever since they raced past George R.R. Martin’s published novels. All of their worst impulses have been on display in this final run of episodes. As a result, Game of Thrones – a show completely unique in TV history – seems likely to add another “first” to its list: first series to have its final episode hate-watched instead of enjoyed. We’re not talking a final episode which upsets everyone – this has been an entire finals eason which has pulled that off. So, a good number of fans are going into the finale already hate-watching the show. Not even some of the most reviled series finales of all time – Dexter, How I Met Your Mother, to name two – can make that claim. 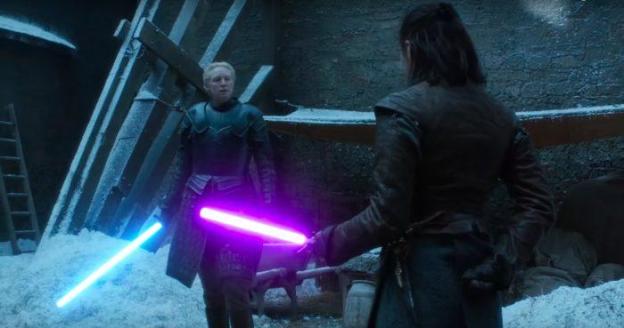 While the Emmy-winning pair might have seemed like an obvious choice several weeks ago, in this final stretch of their HBO series the duo have been accused, by a largely disgruntled Thrones fandom, of both rushing the ending of their series and fumbling a major plot turn centered on the show’s female lead, payed by Emilia Clarke. A super-cut of the cast seemingly expressing displeasure with the finale has gone viral; TV critic Maureen Ryan has rounded up a collection of strongly negative critical reactions to last Sunday’s episode. For once, it seems, the critical and fan communities are mostly in agreement: there’s something unstable in this Game of Thrones ending, and it isn’t just the show’s dragon-riding protagonist.

Not the greatest time, then, to anoint these guys as the next big things in Star Wars. Granted, the rumors have them tackling the Knights of the Old Republic era, which is about as Game of Thrones as Star Wars could ever hope to get. However, their stock is pretty low with fans right now.

If the past decade of pop culture has taught us anything, however, it’s this: don’t bother paying attention to any announced movies which are due to come out three or more years from now. A lot can happen between announcement and principal photography.

For example, if we took the studios at their word all of the following movies would have been released by now (including their originally announced release dates):

And the following would be right around the corner:

(Of those, only The Invisible Man seems like it’s still happening anytime soon, albeit only after Universal enlisted Leigh Whannell and Jason Blum to take it in a completely new direction.)

Plus, if we trusted press releases Benioff and Weiss wouldn’t even be available to jump ship to Star Wars. Instead, they’d be busy prepping their “what if” series Confederate – about an alt-history in which slavery was never abolished – for HBO. That show is on the backburner now. “The delay has to do with [the fact] that they were offered three movies,” HBO chief Casey Bloys said earlier this year. “It’s hard to say to someone, ‘You can’t go do Star Wars.’ They love it. It’s a childhood dream. They’ll go do that, remember why they love television and come back.”

Nevermind the controversy the series set off the moment it was even announced. The Game of Thrones guys taking on slavery in America didn’t exactly strike some fans as the most ideal combination, to say the least. 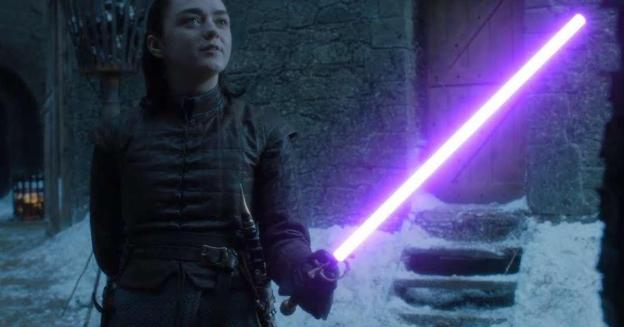 They are available, though, and Kathleen Kennedy inked them to join Star Wars before production on the final season of Game of Thrones had even begun. Unlike some of her other Star Wars hires, she wasn’t simply chasing after the hot new thing she could lock into a cost-controlled contract. However, she has again walked into an awkward situation, and she hasn’t been afraid to walk away from those.

Remember, if we trusted press releases we would have had a Solo movie solely directed by Phil Lord and Christopher Miller, a Boba Fett movie directed by Josh Trank, and later this year Star Wars: The Rise of Skywalker would be coming to us from Colin Trevorrow.

A lot can change, is what I’m saying here. In the short term, Benioff and Weiss have one more Game of Thrones episode to tip the balance back in their favor. In the longer term, we’ll just have to wait and see if they do make it to a galaxy far, far away.