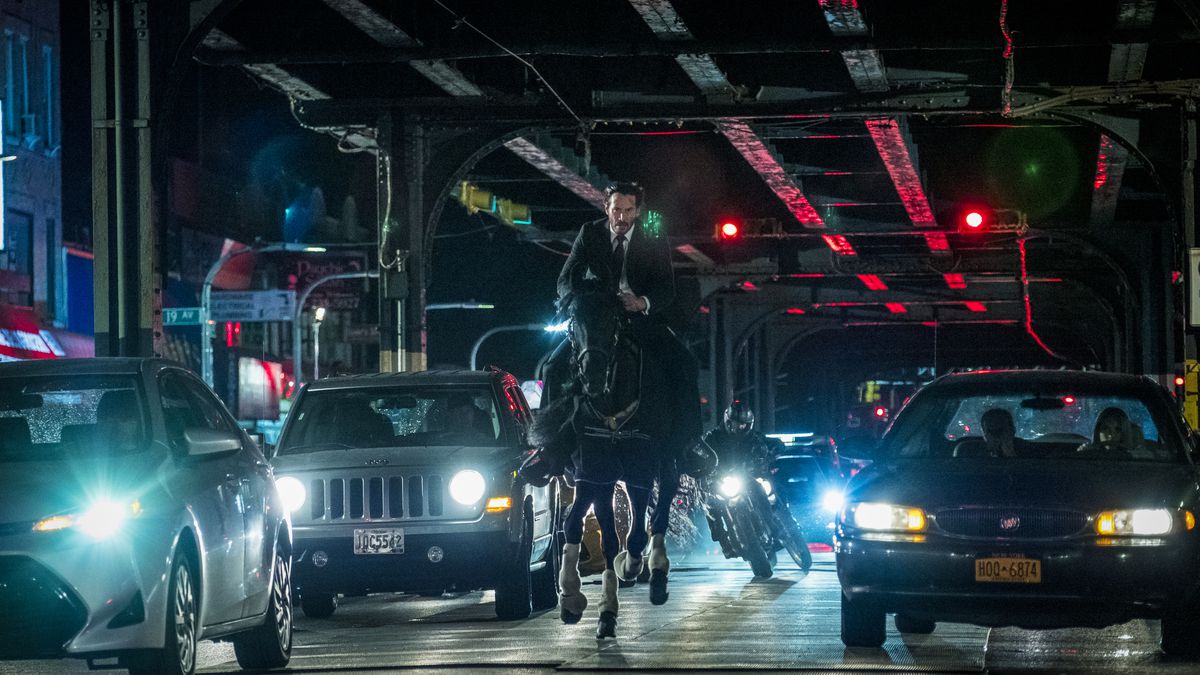 I love the John Wick franchise, but I always feel numb by the end of every film. The patented John Wick gun-fu action always tantalizes and thrills, and often amuses, but more than anything else it simply never stops. Director Chad Stahelski, who came to the films a 20-year veteran of stunt coordination, mixes up the action beats enough to spare us from a non-stop barrage of watching Keanu Reeves shoot people in the head. That being said, there’s an awful, awful lot of Keanu Reeves shooting people in the head. By the time each film reaches its inevitable boss battle, you’ve already seen at least 77 people die in holy shit fashion. It can get to be a bit much.

John Wick: Chapter 3-Parabellum takes all of this to new extremes. The kill count is astronomically higher and the actual kill scenes are infinitely more ingenious. (Don’t stand behind a horse when John Wick is around, that’s all I’m saying.) The fight choreography, both in terms of quality and variety, has again set a new bar for all action movies from this point forward. The first 20 minutes alone is pretty much a masterpiece of action movie fight scenes and adrenaline.

In short, Parabellum is exactly what you’d expect from a Chapter 3: more ambitious, but also more complex. The storyline, picking up directly after Chapter 2, sees John struggling to escape the city and then traveling the globe in an effort to make amends for the sacred rules he broke last time around. Along the way, he has to lean on some old friends for help, including an old colleague who owes him a favor (Halle Berry, as badass as she’s ever been) and a strict mother figure (Anjelica Huston).

John’s ability to always find help from sympathetic arbiters has its own consequences. The High Table sends The Adjudicator (Billions’ Asia Kate Dillon) to judge John’s allies, specifically Continental manager Winston (Ian McShane) and the Bowery King (Laurence Fishburne, still slightly underserved). What price will they pay for helping John? And will he possibly be able to return and help defend them?

That makes Chapter 3 the inevitable franchise installment where we finally start digging even deeper into the mythology. Since Lionsgate seems willing to keep making these movies for as long as Keanu Reeves’ body will hold up, they have to start fleshing out the universe, which means gradually pulling back the veil on the High Table and revealing yet more details about how commerce and customs work in this universe.

However, we’re also losing something in that process. The utter simplicity of it all – you killed John Wick’s puppy, prepare to die – is long gone. When we’re watching John Wick traverse the sands of the Moroccan desert in search of some mythical figure known as The Elder, we’ve officially left “simple revenge story” far behind. Instead, it’s now a survival story, one taking place in an increasingly heightened reality and featuring a protagonist whose personal stakes are mostly “don’t die.” 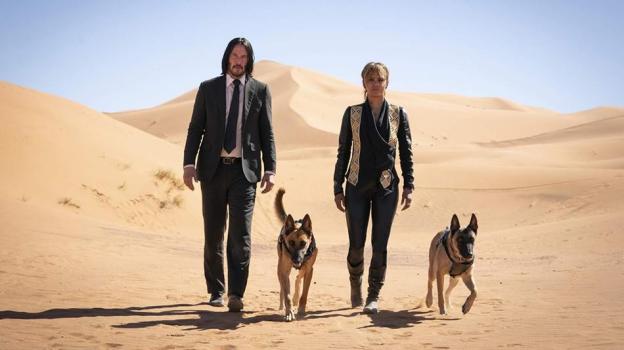 It’s an important distinction because when your franchise is built around an ever-escalating kill count which would make even Charles Bronson blush then one of the best ways to stave off action scene fatigue is to give us just enough character and storyline to care. Chapter 3, however, has more action than ever before and less character work. It’s a surefire recipe for a movie which exhilarates and exhausts almost in equal measure.

But, holy shit, the action in this movie. John Wick 3 is like a stunt choreographer’s wildest wishlist come to life. I mean, John rides a horse right down the middle of a busy NYC street while being pursued by two men on motorcycles and then they engage in hand to hand combat…while still on the horse and motorcycles! And that’s not even in the top 5 craziest action moments in the movie!

Initially exhilarating, but eventually flat out exhausting action. The most purely video game like of all the John Wick films so far with a story clearly reverse engineered around cool new locales to visit and action set pieces to attempt. The more I learn about the High Table and the underground, worldwide cabal of assassin’s the more I miss the mystery as well as the simplicity of when this was just a story about a guy avenging his dead puppy. However, Chapter 3‘s action scenes set franchise highs and ingenuity and variety, delivering several first-of-their-kind kill scenes I’ll probably remember forever.