There’s something refreshingly and at-times frustratingly old-fashioned and wholesome about The Conjuring Universe movies. None of the rotating cast of directors are out to reinvent the form; they just want to make ghost stories with lots of dim lighting and inventive jump scares. Since the films are all set in the past, none of the characters are obsessed with their cell phones nor do they ever seem aware of the fact that they are in a horror movie. The squeamish need not worry since the films rarely ever indulge in any gore.

I find all of that refreshing because outside of this particular cinematic universe they just don’t make horror movies like this anymore, and wholesome because at any moment the dread and terror on screen might be softened by the Warrens – infamous demonologists Ed and Lorraine played by Patrick Wilson and Vera Farmiga – pulling out their trusty guitar and leading everyone in a lovely sing-a-long. Where the frustration comes into play, however, is would it kill them to at least occasionally crack a joke? Or work just a tad harder to subvert genre expectations?

It’s easier for me to say that last part now since counting the newly released Annabelle Comes Home there have been 7 of these movies. However, when The Conjuring first arrived it was a breath of fresh air and a nostalgic jolt to the Hollywood system, purposefully calling back to the major studio-produced haunted house and possession movies of old. As with any horror franchise, we’ve been chasing that high ever since.

Gary Dauberman – an aspiring cartoonist who switched careers to screenwriting and cut his teeth on SyFy Originals and script doctoring big horror movies – has been holding our hands through every step of this process. He’s the credited writer of every Conjuring Universe movie other than The Curse of La Lorona, and with Annabelle Comes Home he’s moved behind the camera to make his directorial debut. 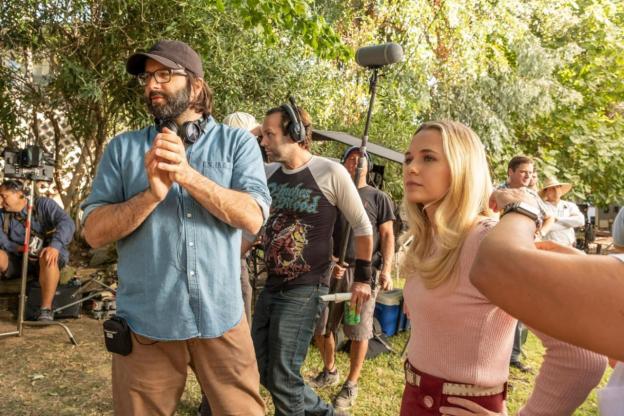 Perhaps because he knew he would have to direct his own script this time, Dauberman has turned this third Annabelle movie into a very streamlined affair. It’s just three people – Judy Warren (Mckenna Grace), her babysitter (Madison Iseman), and her babysitter’s friend (Katie Sarife; all three actresses delivering solid performances) – stuck inside the Warren household for one very long night after Annabelle, which we are told acts as a beacon for demonic entities, gets loose and supercharges many of the haunted items in the family’s Occult Museum.

Ed and Lorraine Warren only appear at the beginning and the end, meaning this film is a side adventure for their daughter and appears to be set at some point in the 1970s when the Annabelle doll was still new to them.

The “one crazy night” plot makes Annabelle Comes Home a kind of horror Night at the Museum except instead of coming to life and hanging out with Ben Stiller this particular museum’s artifacts haunt everyone and either try to possess or kill them. This includes the babysitter’s poor wannabe boyfriend (Michael Cimino) who shows up to sing her a love song but…well, I won’t spoil where it goes from there since it’s actually one of my favorite parts of the movie.

Dauberman isn’t exactly trying to reinvent the form with any of this, but he is having fun playing within the boundaries. Unlike the prior two Annabelle films, this is a loud and proud haunted house movie, and Dauberman makes rather clever use of fog and pitch black darkness to make us constantly scan the backgrounds and look into shadows to find the next jump scare. There are, however, very few fake jump scares to be found since the direction prioritizes slow-walking the film’s implicit “when is shit gonna get scary?” over giving everyone a good reason to jump in their seats every 10 minutes.

Luckily, once Annabelle makes her big move we are introduced to several new horrifying additions to The Conjuring Universe pantheon, with two in particular standing out:

First, there’s a ghostly bride which walks the halls (and through mirrors!) and carries a big ass knife, and then there’s the Ferryman which always has coins over its eyes, demands payment for passage to the other side and has a bit of a thing for girls who look just like the babysitter. Each are introduced in standout sequences ala The Nun and Crooked Man The Conjuring 2. 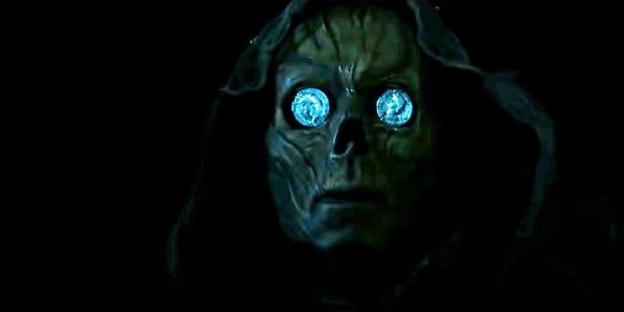 Based on how this franchise normally goes, you can probably look forward to a Ferryman movie sometime soon. Because after three wildly different installments, the Annabelle trilogy does seem to have run its course. Even though the Annabelle doll is the narrative straw that stirs the drink in Comes Home, you can see Dauberman occasionally struggling to remind himself that this is her movie and not The Bride’s nor the Ferryman’s.

However, Annabelle has been one of the more improbable film trilogies in recent memory. Pretty much the entirety of her actual history was already told at the start of the first Conjuring. She then got not one but two entirely fictional origin story prequels before being pitted against the Warrens’ daughter in a bit of a side adventure, a horror equivalent to a Marvel “What If?” story where someone wondered what would happen if almost everything in the Warren Occult Museum came to life one night and haunted their daughter.

To be fair, there is more to Annabelle Comes Home than just that. The throughline rather effectively dramatizes the pitfalls of being a daughter to world famous demon hunters who store all of their conquests in a locked room in your basement. That makes this less a full Annabelle movie, more The Conjuring 2.5. It’s a rewarding enough appetizer before The Conjuring 3 hits next year.

What’s your favorite Annabelle or Conjuring Universe movie? Did you find Annabelle Comes Home lighting to be too dark for its own good? Or just right? Let me know in the comments.