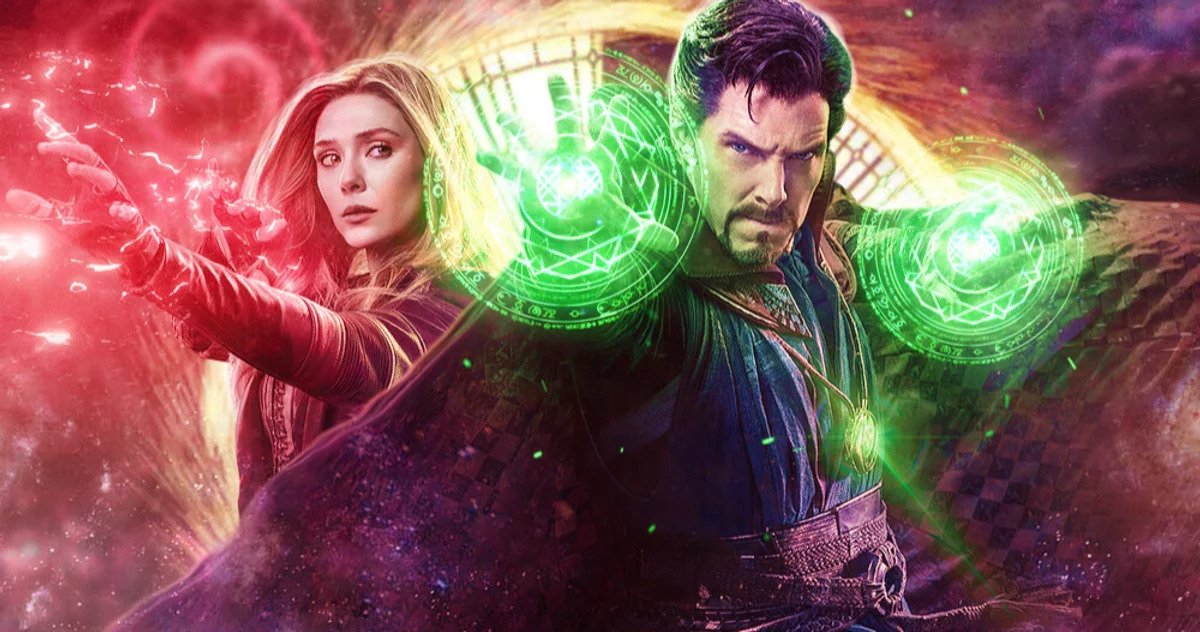 There are certain code phrases in life that instantly fail the smell test. We’re going in a different direction. The dog my homework. It’s not you, it’s me. I’m leaving this project due to creative differences.

It’d just be too mean to say you’re fired or too honest to admit that you didn’t do your homework. So we put a spin on things to be nice and save face. Preferable to walk tall and let the people whisper behind your back then leave completely dejected and defeated. Then again, sometimes splits really are amicable, dogs literally have eaten homework before, and a break-up can be the fault of the breaker and not the breakee.

Considering all of that, where do we stand on this “creative differences” explanation Marvel Studios and Scott Derrickson are running with right now? Is that really all there is the story of why he will no longer be the director of Doctor Strange 2 aka Doctor Strange in the Multiverse of Madness? Does it pass the smell test?

Be sure to head to the comments section to let me know which one you think it is. (If you pick D please provide evidence.) But, first, let’s use some of those Endgame Pym particles to travel back in time and answers the following question: who is Scott Derrickson? Yes, yes, he’s the guy who directed The Exorcism of Emily Rose, Sinister, Deliver Us From Evil, and Doctor Strange, but – not to get too James Lipton on you – who is he, really?

Scott Derrickson grew up in a blue-collar neighborhood of Colorado. He lived on the same block as 18 other boys from his school. He was the youngest among them. Naturally, that meant they all bullied him.

It’s actually a fairly common backstory for a lot of horror directors. Many fall into it for practical reasons – tis easier to get money for a horror movie than some indie drama. Few are drawn to such a calling out of academic curiosity. With the ones who are really good at it, however, there is usually something – a traumatic event, a childhood sickness, chronic bullying – in their background that led them to confront fear professionally. As Derrickson told GoIntoTheStory, “The predominant emotion of my childhood was fear. When that’s the case, you spend your adulthood reckoning with it.”

Part of that reckoning involved turning toward religion in his teen years – starting off with strict Christian Fundamentalism and then attending an evangelical college. Eventually, he grew into a more open-minded, personalized Catholic faith that is equally critical of theology and science. There’s too much mystery in the world to be completely explained by either those who pray to a higher power or cold, hard logic, yet he maintains his hold on faith as a useful guide for how to lead a good and just life.

As part of that calling, he felt drawn to horror movies. Record scratch, right? How does one lead to the other? The two, in his mind, are actually quite connected:

To him, the best horror films are ones like The Exorcist and The Shining. It’s no accident, then, that his first film was The Exorcism of Emily Rose, a half-exorcist riff, half-legal drama about the intersection of faith and the law. He wants to scare us, but he wants to explore the grey areas in the world, push the genre forward while also using his art to mirror his own struggles with faith and personal growth. “Essentially, I feel very strongly that horror cinema serves a necessary good in the world.”

Doctor Strange isn’t a horror movie, but it’s not exactly like that’s the only genre Derrickson’s ever worked in. In-between Emily Rose and Sinister, he did end up directing the ill-fated remake of sci-fi classic The Day the Earth Stood Still, a nightmare project which almost ended his career.

Still, given his horror bonafides and deeply felt philosophical beliefs about the genre it’s been expected for some time now that Derrickson would turn Doctor Strange into a horror story. The first film couldn’t quite go there – the visuals are trippy, but the script has more in common with Iron Man than The Exorcist – since it is essentially a Joseph Campbell hero’s journey origin story. Derrickson owned that. In fact, the front page of his Doctor Strange shooting script contained the following quote from 14th-century German-Dutch Christian philosopher Thomas a Kempis: “Who has a harder fight than he who is striving to overcome himself?”

Doctor Strange 2, however, was shaping up to be the MCU’s first horror movie. In fact, Disney is already getting a dry run with this kind of thing thanks to New Mutants, Josh Boone’s long-delayed, horror-tinged take on the X-Men spin-off. What was once Fox’s development hell headache is now Disney’s real-world experiment for how the market will respond to a scary superhero movie.

Still, the messaging on Doctor Strange 2 has been mixed. Derrickson and Feige have directly contradicted each other on convention panels – the former boasting about making a movie that’ll scare everyone, the latter re-assuring the audience that they really won’t be that scared. After all, Doctor Strange 2 will still be a PG-13 superhero movie.

Thus, Doctor Strange 2 has evolved from something they’ve described as the MCU’s first horror movie to a MCU movie that will simply have some horror elements to it. Beyond that, it will be preceded by Disney+’s WandaVision, a mindfuck domestic drama about, best guess, Scarlet Witch suffering a psychotic break and escaping into a kind of fantasy 1950s sitcom with her as the wife and the very dead Vision as the husband. The actions of the series will directly inform DS2, with Elisabeth Olson’s Wanda hopping from Disney+ and back to the big screen to join Benedict Cumberbatch’s Stephen Strange in the multiverse of madness.

Derrickson will no longer be around for the ride. He’s done this before, departing the long-delayed Snowpiercer TV series over “creative differences.” Perhaps, here, it signals Marvel getting cold feet on investing too heavily in the horror genre when those kinds of films are routinely rejected by the Chinese Film Boards. Maybe it’s just another example of a director’s vision for a singular film not jibing with Kevin Feige’s galaxy brain vision for the entire MCU. Based on what Derrickson’s said in the past, it might just be that he didn’t see any personal growth in this anymore.

“I try to respect the creative process and put to the test what I believe and see what growth there is in the story for me to learn from, and how this story can expand me. If it enriches and resonates with me, then hopefully it will do the same for the audience. Those three movies – Emily Rose, Sinister, Doctor Strange – did that, I think. I was a different person by the end of each of those three films because of the writing and directing of them.”

WandaVision is due in 2020. Doctor Strange 2, even without Derrickson, is reportedly still on track to start production this May and hit theaters a year later on May 7, 2021.