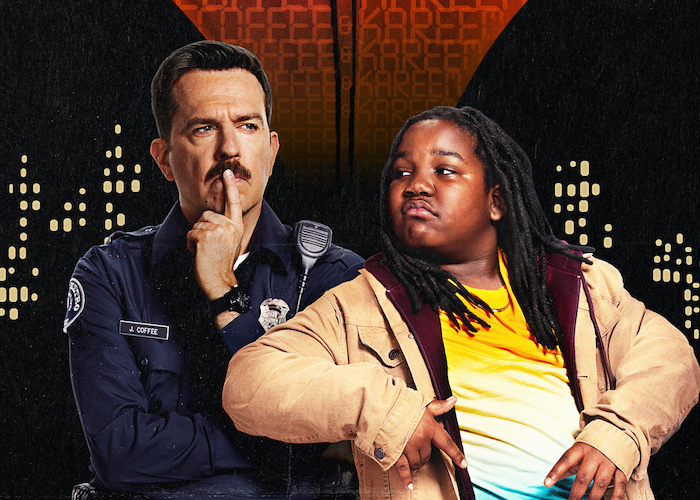 What would happen if Michael Dowse – the guy who directed the Kumail Nanjiani/Dave Bautista flick Stuber – had a couple million left over, a two-week gap in his schedule, and he had just finished watching Good Boys? He’d probably make something that looks a lot like Coffee & Kareem, the new raunchy buddy comedy that is currently listed as Netflix’s third most popular title in the United States.

Now, to be clear, that’s not the actual story behind how this movie got made. This isn’t a Roger Corman “you’ve got a million, two weeks, and no script – good luck” situation, but like a lot of Netflix Originals Coffee & Kareem has the unmistakable feel of a tossed-off affair, something some famous people did in their downtime with little to no oversight from their streaming overlords. But downtime is now something a lot of us have in abundance. So, is Coffee & Kareem worth 90 minutes of your quarantine time?

To answer that I should first explain what this movie is about. As Joe Bob Briggs might put it, Coffee & Kareem is the old story of a doofus police officer (Ed Helms) and his girlfriend’s (Taraji P. Henson) overweight, foul-mouthed 12-year-old son (Terrence Little) on the run from some rappers-turned-drug-dealers (RonReaco Lee, Andrew Bachelor) and dirty cops. Sure, we’ve seen it before, but have we seen it with Ed Helms shouting “Foot rubs are my love language” during an interrogation? I think not.

“Why are they on the run?” you wonder. Well, Kareem overhears his mother making the beast with two backs with Officer Coffee (so-named by screenwriter Shane Mack presumably for the sole purpose of turning the title of the film into a pun). In response, Kareem does as any 12-year-old would in that situation: he seeks out some local crime lords and offers them a backpack full of money to beat the living daylights out of the bastard screwing his mama. Because this is a 12-year-old in 2020, though, he also plans to use his phone to film the beatdown and post it to his YouTube channel.

(I’ll pause to point out this is the same kid described earlier in the film by his mom as “shy.” After two minutes with Kareem – who talks and behaves like someone who aspires to the life of a gangsta rapper – you wonder if his mother has ever actually met him. Ok. Back to the plot.)

Kareem’s remarkably devious plan goes off the rails when he walks in on the drug dealers in the middle of torturing a corrupt cop, something he’s totally ok with. He doesn’t care what they do to the “pig.” Still, after he accidentally records them killing their hostage, he ends up on the run with Coffee, who has his own problems. Thanks to what Kareem saw, Coffee knows he can’t trust any other cops, and then – because the plot needed more complications – he ends up named in an Amber Alert as Kareem’s kidnapper.

Given that basic premise, you might assume it would be a bit far-fetched to truly believe Coffee and Kareem will bond as presumptive stepfather and stepson by the end, but – spoiler alert – that’s exactly what happens. Coffee needs more confidence and Kareem needs to know how to talk to girls. They help each other get there, but less because of anything Helms and Little do as actors and more because that’s what the formula for a movie like this says should happen.

In fact, Shane Mack’s script plays to established buddy cop rules so thoroughly – you’ll, for example, have no problem guessing who the dirty cops are – you start to wonder if this isn’t maybe a Shane Black script written under the least imaginative pen name in film history. Not so, according to IMDB, though there might be something to that. Before Coffee & Kareem, a writer/director/actor/producer/production assistant/assistant director named Shane McCarthy racked up multiple credits, last writing and directing a 2013 short called “The Guy Who’s Fucking Your Girlfriend.” His first usage of the “Shane Mack” penname comes at the wheels of a clear throwback buddy vehicle in the style of Shane Black’s Lethal Weapon/The Last Boy Scout oeuvre. Coincidence? I think not.

The difference is the little kids in those old Shane Black comedies – Danielle Harris in The Last Boy Scout, Angourie Rice in The Nice Guys – are scene-stealing counterparts to adult leads, and they are written as believably wise beyond their years. Terrence Little’s Kareem is, by comparison, a co-lead whose entire appeal is that he’s a kid who cusses a lot. Helms is similarly handed an unimaginative role, the meek guy punching above his weight class in the dating department but struggling with the idea of suddenly being a father figure to a pre-teen.

That leaves it to the women to steal the show. Taraji P. Henson certainly does her part, starting the film sweet and approachable before instantly turning into Cookie Holloway the moment her son is endangered.

Betty Gilpin, however, is on an entirely different level. A carryover from Michael Dowse’s Stuber cast, Gilpin – playing Coffee & Kareem’s astonishingly unhinged big bad – is having the over-the-top time of her life. Dowse’s note to her seems to have been: imagine you’re as constantly coked-out as Stephen King on the set of Maximum Overdrive. That’s how we reach a climactic Mexican standoff which sees her seesawing between arrogant confidence before hilariously breaking into partial tears and dropping a line like “I just want to go home, watch a Nancy Meyers movie, and drink this awful day away.”

The appeal of Gilpin – a two-time Emmy nominee for GLOW – contributing to the over-the-top acting hall of fame is almost enough to earn this a movie a recommendation from me. The same goes for Dowse’s well-I’ve-never-seen-that-before handling of a car chase sequence which detours into a roundabout and results in Gilpin shouting “Are we chasing them? Or are they chasing us? I can’t tell anymore!”

Verdict: There’s enough here to say Coffee & Kareem can certainly work for some as a mindless time-filler, but you can do better. If you’re jonesing for a recent buddy comedy, seek out Shane Black’s excellent Russell Crowe/Ryan Gosling comedy The Nice Guys (currently on HBO Now). Even Michael Dowse’s own Stuber (available to rent) is a marginally better option. If you want to see foul-mouthed kids learn life lessons, there’s Good Boys (on HBO Now). And if you’re on Netflix looking for a good Betty Gilpin option, have you watched GLOW yet? If not, you really should.