If you are someone who is given to over-analyzing then boy are you in for a treat.  Director Zack Snyder took to Twitter earlier today to unveil the first photo of Ben Affleck as he will appear in costume as Batman in 2016’s Batman Vs. Superman.  But, wait, there’s more.  Snyder also gave us a good look at the new Batmobile.  Check it out below: 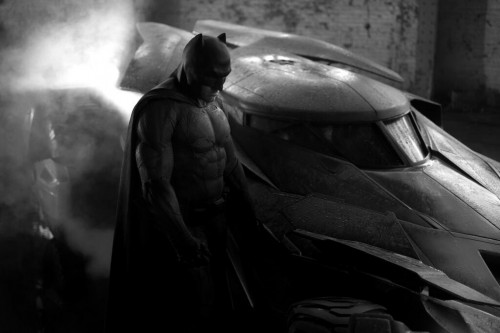 This comes a day after Snyder teased the reveal by releasing the following photo of the Batmobile:

Let’s start at the ending: this new Batmobile looks like a combination of the more tank-like Tumbler from the Christopher Nolan trilogy and the sleek, super-fast car from the Tim Burton films:

As for Ben Affleck’s Batman, his best, good friend (as Forrest Gump would put it) Kevin Smith had been allowed to view the new batsuit months ago, praising it afterward and warning us it was unlike anything we had seen in a Batman movie before.  Was he right? 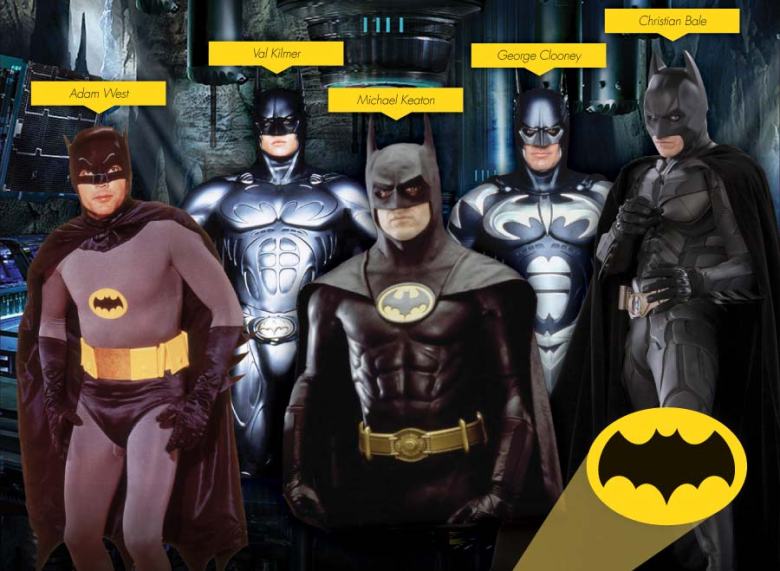 It seems obvious that the Ben Affleck Batman has less in common with them than he does with the Frank Miller version of Batman from The Dark Knight Returns, which has already been acknowledged as a heavy influence on this older, more seasoned version of Bruce Wayne/Batman Affleck will be portraying:

Note the much bulkier body and shorter bat ears on this Batman, and then look back at the Ben Affleck version to see those same attributes.  Minus the ear length thing, the bulkiness also vaguely reminds me of the Batman from the most recent Arkham video game, Arkham Origins:

I’ve personally never liked the Frank Miller bulky character model for Batman, but I at least dig that Snyder and company are trying something a little different, especially since their Batman will need to look physically intimidating opposite of Henry Cavill’s Superman.  With my overall reservations for this film left stated elsewhere on the site, I’ll simply conclude that this version of Batman seems to instantly makes more sense for this Zack Snyder cinematic universe than any of the prior ones would.  The fact that he kind of looks like a video game character is soooo Zack Snyder, right?

Also, heads-up – the costume designer for the film has teased we should be seeing Wonder Woman’s Batman Vs. Superman costume very soon.

Batman Vs. Superman (or whatever they end up officially calling it) reportedly begins principal photography this week, en route to a May 6, 2016 release.  Man of Steel’s Henry Cavill, Amy Adams, Diane Lane, and Laurence Fishbourne are all returning, joined by Ben Affleck as Batman, Gal Gadot as Wonder Woman, and Ray Fisher as Cyborg plus Jeremy Irons as Alfred and Jesse Eisenberg as Lex Luthor.   It will be filmed predominantly in Detroit, Michigan, with an in-state budget of $130 million though its total budget incorporating out-of-state shooting and post-production is unknown.  It will be followed by a Justice League film to be directed by Zack Snyder as well, although a general release date and/or list of characters to be included in the film have yet to be revealed.