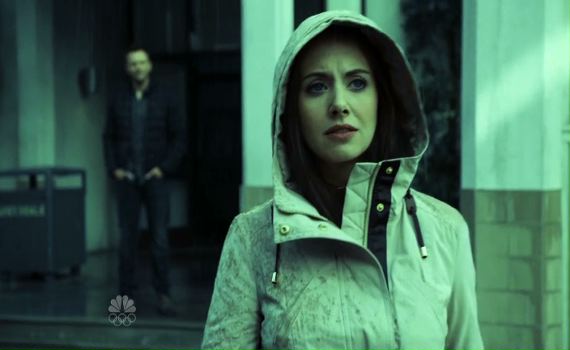 Here is what Sony Pictures Television’s president of programming and production Zack Van Amburg thought when Yahoo! Screen first offered to save Community and grant it a sixth season, “To be honest, we were so far down the path with Hulu that, hopefully not arrogant but [we were], maybe a little bit dismissive of their overture.”

So, maybe Amburg will forgive many of us Community fans who, though delighted to have the show back, are now left asking, “What the hell is Yahoo! Screen?”  Before this, I barely even knew that Yahoo!, in general, was still a thing.

COMMUNITY SAVED, EVERYONE (PROBABLY) COMING BACK

All we really need to know is that at practically the last minute before the cast’s contracts were set to expire yesterday something called Yahoo! Screen pulled off a deal to commission a 13-episode sixth season of Community.  Dan Harmon is definitely returning as a showrunner, and key producer/writer Chris McKenna is probably involved.  Similarly, the entire principle cast is probably returning (Joel McHale, Gillian Jacobs, Alison Brie, Danny Pudi, Yvette Nicole Brown, Jim Rash, Ken Jeong), though Amburg couldn’t confirm as much for sure to The Hollywood Reporter, simply concluding, “The hope is that the whole cast is coming back.”

WHAT THE HECK IS YAHOO! SCREEN?

That’s all great.  It truly is, but, again, what the hell is Yahoo! Screen?  FilmSchoolRejects wondered the same thing, and wrote up a nice summary:

Yahoo! Screen was formerly Yahoo Video, a video sharing website much like YouTube, one that allowed users to share and upload their own material. In February of 2008 (after less than two years in existence), Yahoo Video turned their focus to only sharing officially Yahoo-hosted materials — think trailers, Yahoo specials, and branded clips — before removing all uploading ability entirely in December of 2010 in order to relaunch as Yahoo Screen (they then went one step further, taking down all user-uploaded content in March of 2011).

In 2011, Yahoo Screen officially relaunched, including on-demand streaming for a variety of entertainment choices (from TV shows to movies to webisodes) and a steadily revolving homepage that places an emphasis on fresh material and viral videos. The relaunch also included the advent of original programming — including eight shows that range from comedy series Burning Love (which was eventually syndicated to E!) to Paul Feig’s Other Space (which was ordered earlier this year and has yet to premiere) – a lineup that Community will now join.

When you head over to the Yahoo! Screen site it comes off as a bit of a grab-bag of movie trailers, talk show & SNL clips with channels exclusive to influential websites (Buzzfeed) and cable networks (Comedy Central).  It is not an unpleasant-looking site nor is it one which immediately announces why it is any better than something like YouTube.

I actually watched (and loved!) their Bachelor/Bachelorette parody web series Burning Love (produced by Ben Stiller, starring comedy scene all-stars like Michael Ian Black, Ken Marino, Adam Scott, June Diane Raphael, Natasha Legerro), but the site has been completely re-designed since then to the point that I wasn’t completely sure if this was the same service that had made Burning Love.

WILL THERE BE A WAY TO WATCH THE NEW EPISODES ON A TV?

Community is currently scheduled to begin rolling out its new episodes sometime before the end of the year (Holy crap, y’all, we might get Community holiday episodes again!).  However, with something like the Community re-runs on Hulu you can at least stream it on your TV through video game systems, Blu-Ray players, Roku’s, the Google Chromecast, and, of course, SmartTVs.  At first glance, SmartTVs produced by Samsung and Vizio support Yahoo! Screen as does the Roku, but the Playstation 3 and Google Chromecast do not.  That could easily change, with Yahoo! Screen’s acquisition of Community driving negotiations forward with platforms like the PS3, but I know that with my current home entertainment set-up if the new episodes started airing today I’d have to watch them on my lap-top.

Not that there’s anything wrong with that.  It’s just different.  With the on-going movement toward cable cord-cutting many are probably highly accustomed to consuming their entertainment through computers or internet-assisted TVs, and the slate of internet-only programming has risen from its days of The Guild and Doctor Horrible’s Sing-a-Long Blog to Felicia Day having her own network creating digital programming (Geek & Sundry) and Jenny Slate’s Marcel the Shell proving so insanely popular it might get its own movie.  However, all of the major players in the digital game – Netflix, Hulu, Amazon – create major network-quality original programming which you probably don’t have to watch on your computer if you don’t want to considering how many different platforms the services are accessible through.  Yahoo! Screen doesn’t seem to be in nearly the same ballpark as them.

As of last April, The Wall Street Journal was reporting, “Yahoo isn’t looking for short-form Web originals, but rather 10-episode, half hour comedies with per-episode budgets ranging from $700,000 to a few million dollars, the people say. The projects being considered would be helmed by writers or directors with experience in television.”  Yahoo’s CEO was said to have reviewed more than 100 projects in hopes of finding ready-to-launch projects requiring minimal development time. This translated to an 8-episode orders for Other Space from Paul Feig (Freaks & Geeks, Bridesmaids, The Heat), and “Sin City Saints” from Mike Tollin (former Smallville exec. producer), following “the exploits of a Las Vegas-based pro basketball expansion team.”  Both projects were announced at the Digital Content NewFronts last April, but seemed to get lost in the shuffle being announced so close to the major network’s upfronts.  Neither show will premiere until some time next year, and while you’d think securing a TV show from the guy who directed Bridesmaids and The Heat would be a big splash it obviously pales in comparison to being Community’s savior. Those earlier shows were like polite coughs to interrupt us to get our attention while this Community is Yahoo grabbing us by the collar and screaming, “Do you notice me now!”

Amburg points out that Sony is happy to embrace an emerging platform like Yahoo! Screen just the same way it previously sold SHIELD to FX and Breaking Bad to AMC at a time when no one really knew what those networks were or thought of them as homes to original programming.  He also seems very optimistic about the chances of Community fulfilling the “movie” part of the #SixSeasonsAndaMovie mantra, “I’d be lying if I told you that we have not had some very early and preliminary conversations that are very exciting about what a potential movie could be and who might direct it. It’s early but it’s completely in our thought process.”

Would that movie end up on Yahoo?  He has no idea nor does anyone, really, have a clue as to how this season of Community is going to work out for Yahoo, financially.  Personally, I now know what Friday Night Lights and Damages fans must have felt like when those shows went from major players to networks no one had heard of: I don’t know a lot about this new place, but I know I will be stopping by whenever these new episodes drop.

“Community” Is a Terrible Fit For Yahoo Screen | salon.com