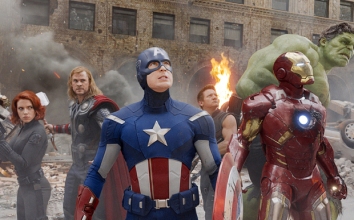 Alright, I’ll admit it. I really didn’t have to rewatch this film. I did, because it’s fun, but I’ve watched this one so many times, it wasn’t actually necessary. Remember when Marvel made several films and left clues to future installments and told you to just relax, that it would pay off? Well, that day is here. It’s time for The Avengers.

I’m probably both the best and worst audience for this film. On the one hand, I’ve liked most of the characters presented here in their solo films (and I love Mark Ruffalo, so I’m happy to see him) and I think director/ screenwriter Joss Whedon (of Buffy, Angel, and Firefly fame) is a genius. 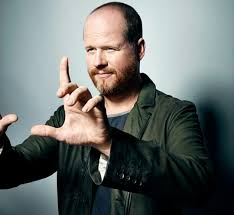 He can balance ensemble casts better than nearly anyone else working in the entertainment field, giving each character a showcase without making a narrative appear too over-stuffed. If Whedon is connected to a property, the odds of it working for me are already in its favor.

On the other hand, however, I don’t instantly relish throwing a bunch of superheroes into one story. I can accept one extraordinary person in a world of mortals (or something like The X-Men, in which it’s a small group of people with genetic mutations), but once you tell me a recently-thawed everyman, a Norse god, a guy who turns into a monster, and a human being with a metal suit all exist in the same reality, the inherent absurdity sinks in a little faster than it normally would. It’s a barrier I knew The Avengers would have to overcome. As it turns out, it’s not really a problem here. The film is just too much fun to resist. I know there are narrative shortcomings (All the aliens on Earth die? Dr. Selvig left a backdoor, even though he was under mind control? Did Nick Fury dip those Captain America cards in Agent Coulson’s blood, because that is sick! Can Thor and Loki actually be harmed, because they recover pretty quickly? Do we really need Hawkeye and the Black Widow? Must she actually have to say the line, “red on my ledger?”), but every time I try to pick it apart, I just give up and surrender to the film’s infectious sensibility.

The plot concerns Loki (Tom Hiddleston, having more fun than should ever be allowed), who has acquired the Tesseract, which opens a portal to other dimensions and lets aliens in, I think. I don’t know if it really matters. The Tesseract is just the MacGuffin that forces our heroes (Iron Man, Hulk, Thor, Captain America, Hawkeye, and Black Widow) to join together, provided their petty grievances don’t sink them first. Joss Whedon is aware that what makes his characters interesting are their faults and insecurities. He uses them for pathos and humor, in almost equal measure, but those idiosyncrasies are always front and center. As a result, the film uses humor better than almost any other Marvel film (except perhaps for the Iron Man films), because every joke is true to the assembled individuals. Iron Man’s jokes fit what we know about Tony Stark, Captain America’s jokes fit what we know of Steve Rogers, and so on.

The Avengers is also the first film to get both Bruce Banner and The Hulk exactly right. Mark Ruffalo, with his dry wit and scruffy appeal is ideal for capturing Banner’s cynical humor, under the surface anger, and inherent angst. The Hulk only works if Banner is interesting, and Ruffalo makes him instantly sympathetic. His instant rapport with fellow scientist Tony Stark is terrific. 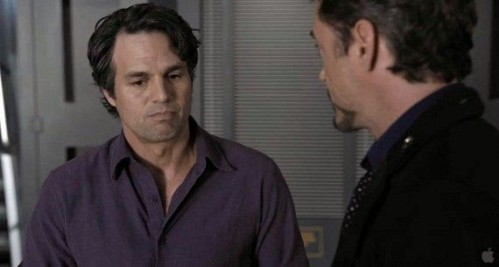 Beyond that, technology has finally allowed for a Hulk that doesn’t look CGI’d to the point of distraction. It’s a marvelous technical achievement.

This is the film that catapulted Tom Hiddleston’s Loki from sympathetic, compelling antagonist to fully realized, pop culture phenomenon. Knowing the sympathetic backstory established in Thor assists in a deeper understanding of his character, but even without it, he’s still a fantastic villain with some of the film’s best lines. Hiddleston’s innate likability can’t help but shine through Loki’s surface-level contempt for those around him. 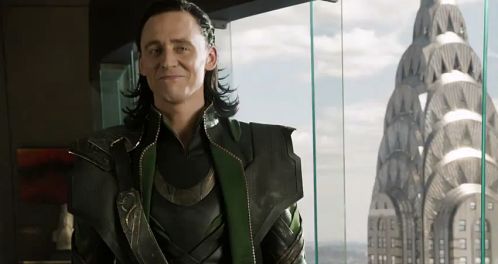 Whether he’s quipping at our band of heroes, using a Middle-English obscenity, or impaling a fan-favorite, you’re happy when Loki’s around. The problem is, Loki’s such a compelling adversary that every other Marvel villain pales in comparison, but that’s a problem for another review.

With Captain America: Civil War just around the corner, it’s fun to look back on the instantly antagonistic relationship Steve Rogers (Captain America) and Tony Stark (Iron Man) develop. It makes sense that the two of them wouldn’t instantly bond, as Steve is sincere and noble to a fault while Tony is cynical and ironically detached. Steve takes everything seriously, while Tony sees everything as fodder for another punchline. The Avengers proves bickering and conflict are way more entertaining and compelling than a united front.

It’s only Hawkeye and Black Widow, the two characters without any real superpowers, who are underserved in the film. They’re just along for the ride, and they don’t distinguish themselves in a room of larger personalities. 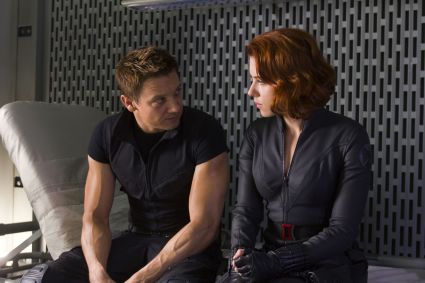 Jeremy Renner and Scarlet Johannson give it their best shots, but there’s only so much that can be done with a redeemed assassin and a guy who’s a really good shot in a room full of gods. Minor quibbles aside, though, The Avengers is legitimate triumph for Marvel, bringing over a billion dollars worldwide. With Joss Whedon’s distinctive proclivities busting through in every scene, it feels like a film made by an individual with a definite vision, rather than a film by committee, and it succeeds when it could have so easily have faltered.