The first thing that springs to mind as I popped Iron Man 3 into my player was, “why don’t the Iron Man films have cool subtitles?” I mean Thor gets The Dark World, Captain America gets The Winter Soldier and Civil War, and even The Avengers get Age of Utron, but the Iron Man films are simply Iron Man 2 and Iron Man 3. Since Iron Man 3 is the first film after The Avengers, it doubles down on the world-building the marvel Cinematic Universe had accomplished across 6 previous films. The result is a film that straddles the doom-laden world of Christopher Nolan’s Dark Knight trilogy and the bright, bouncier world of other Marvel fare.

You can tell right away it was directed by Shane Black (Lethal Weapon, Kiss Kiss, Bang Bang), since it takes place at Christmas time, and there isn’t a season Black likes more as a backdrop for explosions and intrigue. Here, we’ve got Robert Downey Jr., back as Tony Stark, still full of fast-talking quips and sly humor. However, there’s a darkness to Tony’s manic disposition present as well. In The Avengers, he nearly died when he carried a nuclear weapon into an inter-dimensional wormhole. Ever since, he’s had trouble sleeping and is prone to panic attacks whenever the events in Manhattan are broached. The only way he knows to cope with his PTSD involves crafting his collection of Iron Man suits so they can function without him actually inside. He’ll operate them, but from the outside. The events in New York have scarred him, forced him to admit he’s afraid of losing those closest to him: his former assistant, Happy (Jon Favreau, who shows up and falls into a coma for the majority of the film’s length), Pepper (Gwyneth Paltrow), and Rhodes (Don Cheadle), and he thinks this is all he can do to protect them. What he fails to foresee involves individuals from his past coming back, forcing those fears to the surface.

Downey is especially strong as the emotionally wounded Tony. He’s taking unnecessary chances with his suits and is a bit more erratic than usual, to the point that both Pepper and Rhodes are concerned for his mental well-being.

His interactions with them demonstrate that they’re the only real human connections he has, and the moments these characters share are the film’s best. The zip when they’re witty and invoke sympathy when they’re more melancholic.

Iron Man 3 is one of those films that’s fun when it should be, dark when it should be, but never really connects its two thematic styles into one cohesive approach. On one level, you have Tony’s anxiety attacks, played for a mixture of angst and jokes, wounded soldiers tampered with to the point of self-destruction because of an Extreemis serum that could either heal or destroy those exposed, and a terrorist subterfuge. On the other hand, we have Tony bonding with a “cute kid,” saving falling passengers in a “barrel full of monkeys” style(my pick for worst scene in the film), a presentation of a well-known Marvel villain that revolves around a comedic artifice, and a plot development that’s just kinda thrown in at the last minute. 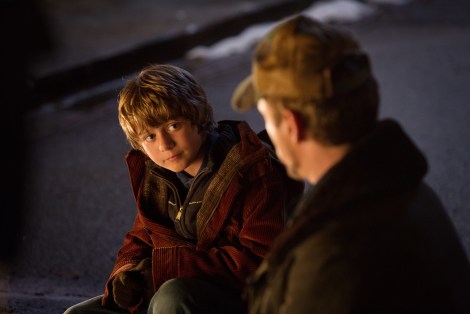 The film’s opening that introduces primary antagonist Aldrich Killian (Guy Pearce, enjoying himself) presents him as a pathetic loser, complete with limp and cane that Tony send to the roof and leaves. It’s a truly cruel thing to do that the film never really acknowledges, because Killian just comes back as a psychopathic villain. 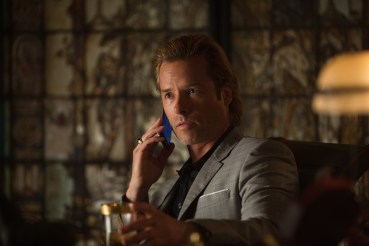 The opening is meant to show us how much Tony has changed since he became Iron Man (and introduce Rebecca Hall’s Maya Hansen, the scientist whose research leads to the Extreemis serum), but man that’s a terrible thing to do to a person.

The film works best when its tongue is firmly planted in its cheek, and its characters foibles and self-loathing are on full display. It’s the goofier elements that let the rest of the film down. When Tony is flittering between emotional breakdown and wounded jester, the film zips along at a breezy pace. When sheer absurdity intrudes upon it, the film doesn’t quite know how to handle it.

I know the film’s depiction of the Mandarin was a sticking point for many Marvel fans. In comic book form, he’s a martial arts expert and intellectual giant. Here, he’s a drunken actor who serves as a front for Killian. He claims terrorist responsibility for every soldier who explodes due to Killian’s tampering. It’s terrorism as smokescreen, which is kind of a cinematic gray area in this film all on its own. I’m only a casual Iron Man comic fan with only a passing awareness of the Mandarin, so this twist wasn’t a problem for me. I find Ben Kingsley a lot of fun. 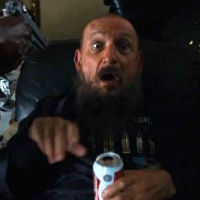 Honestly, he’s the one purely absurdist element of the film that works, because the other characters see him as the ridiculous distraction that he is and treat him with the appropriate level of frustrated, angry contempt. They can’t believe they spent so much time viewing this idiot as a threat. However, I can see why someone who loved that villain, eagerly anticipated his big-screen debut, and awaited his arrival with bated breath might feel differently. I felt the same way when Batman Forever put Two-Face into its camp-tastic surroundings. It felt like a betrayal of the character’s very foundation, so I’m sympathetic. It’s just not a preconception I brought to the table.

Iron Man 3, like every Iron Man film before it, ends with explosions and fighting robotic suits. In fact, it’s so similar to the previous film’s climax that when I was searching for images, I couldn’t tell which film was which. It also features a few major plot twists in the film’s final moments that don’t feel like they receive the attention they deserve. After Tony promises Pepper, who has been infected with the Extreemis serum that has been causing so many spontaneous combustions, he’ll save her (which he does, off-screen), he destroys all of his Iron Man suits and arranges to have the shrapnel surrounding his heart (the shrapnel we’ve been told was irremovable) surgically removed.

In one fell swoop, Black seems to wipe out Iron Man completely, but he does so with little more than a flick of his wrist. The film’s resolution almost seems to say, “We might as well throw this in, too.” Ultimately it’s a lot of fun, and definitely worth seeing, but it would be better if had a stronger handle on exactly what kind of film it wanted to be.

Up next, Juianne faces off against Dark Elves, Aether, and Thor: The Dark Word.