Do you remember a time when Ellen Degeneres wasn’t a talk show queen? When she wasn’t perpetually playing on TV screens in waiting rooms everywhere, and scoring the occasional viral hit by scaring the crap out of guests like Ben Affleck? Sure, at one time she was a standup comedian and sitcom star who dabbled in movies, but now she’s just Ellen, Oprah-like in the way she’s moved past the need for a last name (at least as far as pop culture is concerned). As such, her new movie, Finding Dory, is simply a neat thing she did in her spare time, not the end-all, be-all of her career.

Flash back to 1999. Ellen’s sitcom had been canceled just a season after the famous “coming out” episode. Her movie career was d.o.a. Her talk show was in the works, but wouldn’t get off the ground and on the air until 2003. Meanwhile, Andrew Stanton and the Pixar dream team were putting together Finding Nemo, and having a seriously tough go of it. One of the many problems they faced was the lack of a quality sidekick for the main character, Marlin, the fish looking for his lost son.

Bada bing, bada boom, they cast Ellen, everything else about the movie fell into place and all was right in the world.

Okay. It wasn’t exactly that easy (as I touched on in an older article). However, by the time Finding Nemo arrived in 2003 Ellen’s Dory, the goldfish with no short term memory, stole the show. Now she has her own movie. So, let’s dig into some trivia.

1. Originally meant to be a man

In 1999, Finding Nemo and Finding Dory director Andrew Stanton initially conceived of Dory as a male fish named Gill. He would similarly help Marlin cross the ocean, but, Stanton admits, “I had no characterization, no nothing, and then I read this detail about goldfish having a memory of three seconds.”

Stanton now had the concept, but not the character. By somewhat random circumstance, though, he overheard a bit of an episode of Ellen’s sitcom on a TV playing in the background of his office. Voila! “Once I had Ellen’s voice in my head, it was a breeze to write. [She] was always changing course while talking, and she had this wonderful innocence.” Thankfully (and we’re skipping a couple of steps here, such as finishing the script, editing the script, sending it out to agents, etc.), since Ellen’s career was in limbo at that point she took it as a great honor that somebody would write a character specifically for her and quickly agreed to take the role. 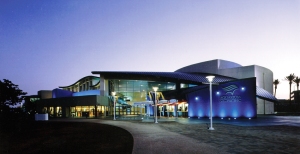 Stanton basically wrote Dory as Ellen mixed with Tom Hanks’ Mr. Short-Term Memory, but there was a pretty crucial missing link: what would Dory actually look like? Stanton didn’t just pull out a fish encyclopedia and pick one, or do the 1999 equivalent of a Google Image search. Instead, he went to the Long Beach aquarium, where he was introduced to the blue tang. 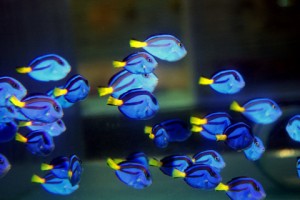 5. Getting her own movie has been a real ordeal 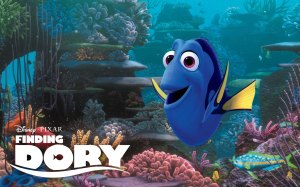 But why has it taken 13 years for a Dory spin-off movie? For one thing, it’s crazy difficult to center a children’s movie around a character with no memory. As per Stanton, “We couldn’t figure out Dory for the longest time. Giving a main character short-term memory loss is the worst idea you could ever do. They can’t self-reflect. They can’t say and express how they’ve changed and how they’re growing, because they don’t even remember. And so you have no way to track it.”

Moreover, not everyone at Pixar was convinced Dory could carry her own movie. Many might cynically assume the existence of Finding Dory is tied to wholly commercial concerns, but for Stanton the idea has been with him ever since Finding Nemo included the passing gag about Dory not being able to remember her family. To him, that suggested a backstory worth exploring. Not everyone agreed. “I remember getting mad at one point and saying, ‘She’s spent her whole youth wandering the ocean alone! She’s a tragic character, guys!'” Obviously, he eventually won that argument.