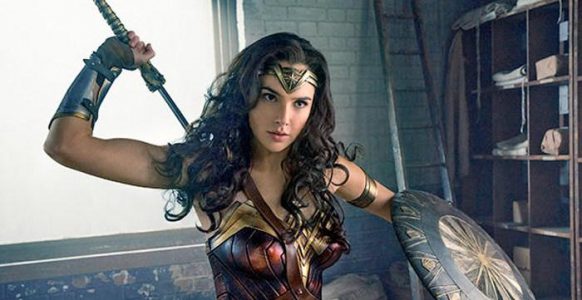 It is straight-up insane how many new trailers are flying out of Comic-Con today, at least momentarily putting to rest any concerns fans had about the level of resources studios are and in some high profile cases are not devoting to the hallowed San Diego halls. Literally, in the time since I wrote that sentence another new trailer popped up (and I’m not even kidding about that). So, here’s a quick reaction to the Wonder Woman trailer:

That is all. Check it out below:

Okay. I have a little more to say than simply “it’s good.” In fact, I have so many things I’ll just put it into a list:

1. Bravo to WB & Patty Jenkins for making this movie a priority

You know how America is so distracted by Donald Trump right now that it hasn’t quite grasped the magnitude of the fact that we are this close to having our first female President of the United States? That’s sort of been happening in the comic book movie world as well. Everyone’s so distracted by Suicide Squad and everything at Marvel they’ve temporarily forgotten that Wonder Woman is the movie demanded by countless thinkpieces – A big budget, female-led superhero movie with a female director. Marvel might be better at making these movies than WB right now, but at least WB made Wonder Woman a serious priority in ways Marvel simply hasn’t with its female heroes.

For example, in the time since I started this paragraph Marvel announced Brie Larson as Captain Marvel. That’s great. Really, it is. But you know who already has her own film shot and being edited right now? Wonder Woman. In fact, Brie Larson’s Captain Marvel movie won’t debut until 21 months after Gal Gadot’s Wonder Woman movie. The Wasp won’t get her own co-lead with Ant-Man until 11 months after Wonder Woman. Of course, crossing the finish line first doesn’t necessarily mean anything in terms of quality, and there’s no reason to pit them against each other. Still, hats off to WB for not fucking around and actually getting this done. Also, good for Patty Jenkins, who spent years lobbying for the job and appears to have delivered a quality film.

2. The most quotable line goes to…

And suddenly we have Wonder Woman’s mission statement. The line comes near the two-minute mark of the brand new Comic-Con trailer. It’s a standard set-up, really. The doting love interest, locked in an embrace with the hero, meekly announces, “I can’t let you do this,” presumably fearing something bad is going to happen. However, the hero has an unwavering sense of conviction and will not be deterred, regardless of those who would caution restraint. Except, of course, this time the love interest is a dude (Chris Pine’s Steve Trevor) and the hero is a badass girl (Gal Gadot’s Wonder Woman).

Or you could argue the situation is less the love interest fearing for the hero and more the guy being overprotective of the girl (in fact, that’s definitely what it is).

Or you could joke that what we really have is Captain Kirk being put in his place, harshly reminded that he is not the hero of this story because he’s in a Wonder Woman movie now, not Star Trek.

Wonder Woman lived on Paradise Island. Then a soldier washed up on the shore, and she ran off with him to help fight evil in World War II.

Or so goes the traditional Wonder Woman origin story, which is what this movie appears to be running with, substituting WWI for WWII.

Traditionally, Wonder Woman was actually formed out of clay by the Queen of the Amazons.

That’s stupid. So, in modern times she was turned into the secret daughter of Zeus and Hippolyta, the truth of her parentage coming as quite a shock to her in the New 52. Based on her reference to Zeus in this trailer, the film appears to hewing closer to the New 52, although it’s left vague enough for some surprises.

A dream come true! Happy to finally share this with you all 💥💪🏻⚔ #brandspakingnew #WonderWoman #WWxSDCC pic.twitter.com/CNzholjs1i

Out with the drab, colorless BvS costume, and in with the more colorful, familiar-looking costume we see in the trailer. Gal Gadot revealed as much when she tweeted the movie poster yesterday (pictured above), and now here’s the costume in action. Personally, I wish she was wearing pants, but this costume meets my personal test of I look at it and immediately think, “Yep, that’s Wonder Woman.”

6. Why is the lasso so bright?

Seriously, is that the lasso, or something she brought with her to a rave? The effect they’re using to brighten the lasso in the trailer is either unfinished, or it’s simply a strange artistic choice which will require some adjustment. It reminds me of older movies when special effects were still in their infancy, and certain shots gave the impression that someone just pulled out a marker and colored over the practical props the actors used on set during filming.

7. Who exactly is the villain?

No idea. There’s that guy Wonder Woman comes upon at the party in her fancy dress, when she instinctively reaches for her sword on her back. Maybe he’s one of the villains. However, as far as superhero movies go there is no traditional comic book villain on hand, not yet at least, and that’s okay. This is, after all, just the first trailer.

8. There is a juxtaposition with the imagery which throws me a little

The most bravura moment in the trailer arguably comes when Wonder Woman climbs out of a WWI trench and steadily advances against a battalion of soldiers. By dropping the red, white and blue defender into such a battle, Jenkins appears to be calling back to Wonder Woman’s WWII days when she was a propaganda tool  just like Captain America and Superman, back when it was not uncommon to pick up comics and see the superhero punching Hitler on the cover. The cinematography gives the war-torn atmosphere a drab, gritty Saving Private Ryan quality, yet Wonder Woman’s colorful costume and bright lasso appear dropped in from a superhero movie, which make sense because, well, this is a superhero movie. There appears to be a narrative and symbolic purpose to this contrast, to this juxtaposition. However, it might take a couple of repeat viewings for me to adjust to it.

The interesting part will be to see how they weave Wonder Woman into the real history of WWI. By comparison, Captain America: The First Avenger walked right up to the real WWII, but then skirted around it by pitting Cap against super Nazis led by a man with a scary skull where his face should be. It’s unclear from this trailer exactly how Wonder Woman will approach it, although the battle will apparently find its way to Paradise Island where some soldiers will instantly regret the day they took on Connie Nielsen, Robin Wright and the other Amazonians.

Ah, screw BvS. By this time two weeks from now we may have forgotten all about BvS, trusting Suicide Squad lives up to the hype (which is obviously no guarantee), and we’ll feel far more optimistic about the DC Universe. Let’s just skip ahead to that point, and give Patty Jenkins the benefit of the doubt. She already has a lot on her hands, crafting a movie which will be part-Clash of the Titans/Thor, part-All Quiet on the Western Front, part Captain America: The First Avenger. That this trailer actually makes sense is its own victory. Plus, look, they even threw in a couple of jokes. Sure, they might not be the best jokes in the world, but, still, it’s better than everyone flashing angry poop faces, right?