I remember when I was thinking about doing “The Heat,” I kept hearing from people, Well, don’t pitch that — wait to see how “Bridesmaids” does, or They’re just not going to buy any more female comedies. Which is so crazy to me because it was not that long ago, but it’s still a question. I feel like there’s a lot of pressure right now on the actors. There’s just not a great a lot of great starring roles for women out there. So if for some reason that movie doesn’t do well, then that actor is back to being the guy’s wife with her hand on her hip telling him he’s a troublemaker like a bunch of other movies I never want to see again. All I’m trying to do is just help that cause.

That’s but one reason why there is more interest than usual in Ghostbusters‘ box office. Sony spent $154 million ($144 million after tax rebates) to make and $100 million to market a supernatural comedy in which all the men are idiots and beyond useless and the only way shits get done is when women answer the call. Fair or not, at that budget level and for this genre this is a precedent-setting movie, one whose success or failure will dictate whether anything like this ever happens again with a predominantly female cast.

Which is why it is so remarkably inconvenient that it’s not a very good, or at least not quite as good as it needed to be. To be fair, it has its defenders, and little kids can’t get enough of it. That demographic gave Ghostbusters a 4-1/2 star score last weekend, according to comScore Post Track (via Variety), which certainly lines up with what I’ve witnessed. My 8-year-nephew, for example, defiantly told me, “Did I like it? No. I didn’t like it – I LOVED IT!”

Yet regardless of the quality of the movie there are those rooting for it to fail, be they men’s rights activists (yes, that’s apparently a thing) or simply children of the 80s and 90s who have finally had enough with Hollywood’s recent obsession with sequels, reboots, revivals, “requels” and any other way of making something old new again instead of trying actual original ideas.

Thus far, neither side has probably been totally satisfied. Ghostbusters opening weekend of $46m wasn’t fantastic, but it wasn’t terrible either. Pretty good for a live-action supernatural comedy, not nearly high enough for a project with a budget akin to a Marvel Studios superhero movie. It was at least a career high for almost everyone involved. However, as is usually the way with Hollywood blockbusters the bigger they open the quicker they fall (or at least the higher their weekly percentage drops).

Additionally, its 10-day gross ($86.2m) is identical to The Heat’s, and higher than both Spy ($56m) and Bridesmaids ($59.3m). That’s arguably because Ghostbusters is the most front-loaded of any of Feig’s movies. At its current rate of decline it will fall short of Heat and Bridesmaids, both substantially cheaper movies. In fact, right now it’s profiling closer to Adam Sandler’s Pixels, as Forbes explained:

I think we were all hoping for a better second-weekend hold. At least the toys are selling pretty well. Once again, budgets matter. If this film had cost maybe $90m, this would be a very different narrative at work and I don’t think anyone would be sweating bullets. But at $144m, with questionable overseas prospects, yeah, I go onward in fear.

Worldwide, here’s where Ghostbusters sits after 10 days, via BoxOfficeMojo:

That includes the $10.5m it took this weekend from a smattering of foreign territories, Australia, the UK and Brazil being the biggest among them. The good news it that major markets like Japan, France Germany, Russia and Italy are either just around the corner or lined up for the end of August. The bad news, though, is that according to IMDB (which, granted, could be wrong) Ghostbusters does not currently have a release date in 4 of the top 10 international box office markets: China (#1), India (#4), South Korea (#5) and Mexico (#9). That break-even point of $300m worldwide is not going to come easy, if at all, although that should have been obvious from Feig’s track record:

Just to be clear, I am comparing Ghostbusters to Feig’s prior movies instead of to the first two Ghostbusters movies because those came out in 1984 (back when Columbia Pictures was owned by Coca-Cola) and 1989 (the year Sony purchased Columbia). I don’t see much value in looking back that far for box office comparisons because the way Hollywood makes and releases films as well as the level of competition presented by other media sources has changed so drastically since then. That being said, if you’re curious here are the second weekend drops for the prior Ghostbusters movies: +11.2% for Ghostbusters, -53% for Ghostbusters 2 (pretty much the same as Feig’s Ghostbusters). 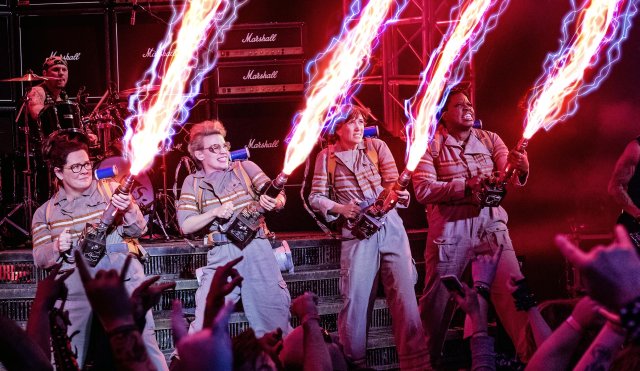 So, what does all of this mean? Mostly that for a movie which cost $144m to make and $100m to market Ghostbusters simply isn’t doing quite as well as it needs to at the domestic box office, and that familiar savior known as the foreign box office simply isn’t kicking in the way they hoped, not yet at least.

Here’s how Ghostbusters compares to recent (2012-present) live-action films with a similar budget ($130m-$160m), regardless of genre or month of release. Take special note of the “Eventual Total Domestic” and “Eventual Total Worldwide” columns. Every one of the films listed, which I have sorted according to 10-day gross, managed to at least double their domestic gross worldwide.

Full disclosure: This is an imperfect comparison. For one thing, films of different genres (or those at different stages in their franchise history) understandably display differing box office patterns. For example, Ghosbusters having a similar 10-day total as Mad Max and The Revenant doesn’t mean it will have the same legs for the rest of its run. For another thing, you can’t so easily compare a summer release to a movie which came out in March or over Christmas. Plus, while all of these films were in the same production budget range they might have had different marketing budgets and wildly different potentials for secondary revenue from toys and related merchandise.

That being said, after 10 days Ghostbusters profiles closest to G.I. Joe, Mad Max, Prometheus and The Revenant, all of which are considered financially successful movies, even if only marginally so. They respectively relied on the foreign box office for 67%, 59%, 68% and 65% of their worldwide gross. That’s the level Ghostbusters needs to hit.

Yikes. Good luck getting there without China. Actually…

Well, would you look at that. Neither Prometheus nor Fury Road played in China, and they each compensated by making a killing in the UK as well as other markets, especially Japan for Prometheus and South Korea for Mad Max. 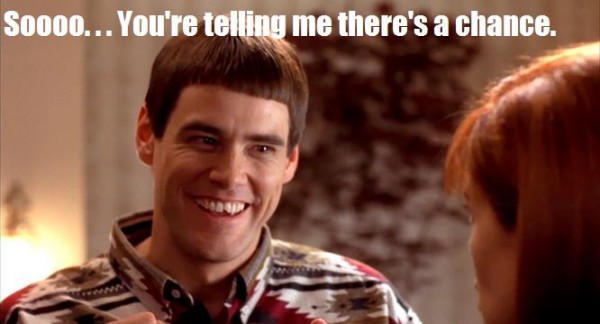 But those films are of genres (sci-fi action) which travel fairly well internationally, and they came from well-known franchises. Ghostbusters is considered an American comedy, which tend to struggle overseas, and while it too comes from a well-known franchise it’s not one with any real track record at the foreign box office, which is similar to Mad Max but completely unlike the Alien movies. Plus, Ghostbusters only has a little under $6m from the UK after two weeks, and by this time next week it will be out of the top 5.

Let’s try to go out on a positive note. After all, Mattel says the toy sales have “exceeded expectations.” Yay! Although they declined to provide any actual sales figures. Um, still yay? Ivan Reitman told Vulture, “Look, there have been all kinds of series that have continued after [one movie] has not worked.” So, even if they lose money they might (and I heavily emphasize might) make a funnier Ghostbusters sequel at a lower cost just to keep the toy and merchandise sales rolling in? It feels kind of weird to give that one a “Yay!” Reitman also also said, “It’s always better when they do work.” Well duh.