Hey, wanna hear a bunch of bullshit about the future of WB’s DC Extended Universe that might not actually be bullshit but we have no real way of knowing for sure? Well, man have you ever come to the right place.

According to MovieWeb, “A new batch of rumors has surfaced that details [WB’s] larger plans [for the DCEU], and there are a lot of them. Not surprisingly, those plans include a Suicide Squad sequel, but there is a lot of stuff likely nobody was expecting. The rumored plans come from a Reddit post that was put together from various posts on 4Chan.”

Here’s the thing: The last time I trusted Reddit as a source of exclusive behind the scenes movie news I wrote a really long thing about 10 Cloverfield Lane‘s ending, which Reddit claimed was added in via re-shoots after the studio decided to slap the Cloverfield label on the flick for marketing purposes, and then had egg on my face shortly thereafter when the film’s director definitively shot turned the Reddit rumors (but, oh, he could be lying – trust no one! No one! or something).

As such, every part of me is screaming “Just ignore this, you idiot!” However, MovieWeb pointed out this DC movie news leak might have some potential legitimacy since it seemed to predict the Deathstroke-as-Batman-antagonist news a day before Ben Affleck announced it. Lucky guess? Or genuine inside information? 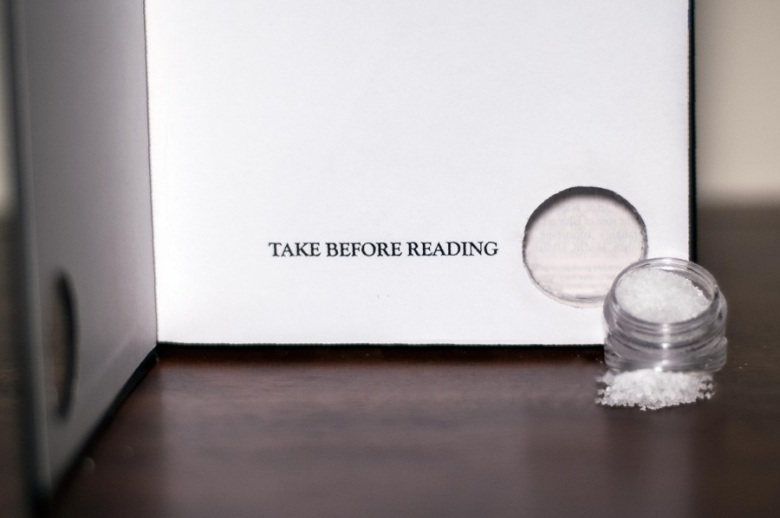 On to the specifics:

1. Booster Gold is still in the works, treated more as a Deadpool February release film. No production date set.

As I wrote about in May, that’s exactly how I’d go about a Booster Gold movie, keep it more in a Deadpool territory, not necessarily in rating but in scale and budget.

2. Lobo is currently up in the air, being eyed as a potential TV series set in the DCEU movie universe.

3. Deathstroke no longer in the works. Ayer wanted to use him in Suicide Squad 2, will have an antagonist role. The character is confirmed for a Justice League cameo and is the main villain in Ben Affleck’s solo movie.

In a post-Deadpool  world, Lobo has been one of those properties frequently mentioned as the next potential great R-rated comic book movie, but if you believe the rumor mill WB’s been trying to make this thing happen for years. No dice. Does he really work as a TV character though? What, will it be like outerspace Dog the Bounty Hunter? As for Deathstroke, I guess this means we shouldn’t be expecting to see Manu Bennett popping back up on Arrow ever again.

4. Metal Men being eyed as a start for animated DC movies. If Lego Batman is successful, Warner plans to push forward development and Warner Animation Group will create the movie.

Not going to lie – The first time I heard of Metal Men was 2 weeks ago when James Gunn listed it as one of the few DC properties he’d actually be interested in directing.

5. WB wants to make a few “in-universe” tv shows for the DCEU, multiple smaller teams and smaller characters being eyed. WB wants these shows to be “premium cable” type shows akin to Game Of Thrones. Fables Movie adapt canceled. Currently being eyed as a television show, although worried it may draw the comparison from Once Upon a Time. Up in the air if it will happen or not.

WB does seem to be better at adapting DC properties to TV than film, so much so that it’s hard to believe there’s any room left for yet more DC shows, even if they will be “premium cable” quality. Still, if this is something they pursue it might be to the benefit of multiple slightly more obscure properties. Thought it might get confusing if they suddenly have some TV shows connected directly to the films to go along with all the current shows that have nothing to do with Batfleck and pals. BTW, I’ve wondered the same thing about Fables, i.e., hasn’t Once Upon a Time stolen its thunder at this point?

6. Sandman movie currently being developed. Giving it as much time as it needs to develop. Could very well be canceled. Joaquin Pheonix approached after Joseph Levitt left.

Good luck on Sandman, another property WB just can’t quite figure out after years of sunk costs on failed scripts. Also, poor Joaquin Phoenix. After reportedly being in the running for Doctor Strange, ending up in a DC movie would be a step down.

7. Sam Raimi being courted to direct a DCEU movie.

8. 100 bullets still in development, although will not at all be marketed as a comic-related movie. Will have the Vertigo banner, but will be along the lines of Kingsman. Was envisioned as a “Sin City” type film, but is currently now a singular story. Will focus on one man’s story with the gun, and have appearances throughout by the Minutemen and the Trust.

9. The Question being developed for HBO as a smaller scale “gritty noir” show.

I’d watch the hell out of a gritty The Question show. Also, I’m okay with Sam Raimi NOT making another comic book movie. Been there, done that. Why not focus on Ash Vs. The Devil Dead, and producing films like Don’t Breathe?

10. Suicide Squad 2 production begins soon, Ayer started writing the script in July, expected to shoot late-spring 2017. Will reportedly be dialed back from SS1, with less CGI, a more human threat, and no pop music at all. Slightly lower budget.

There are so many spurned fans they’ll have to work to win back.

If it’s a Kirby DC property it’s got to be New Gods, which I believe is where Darkseid, DC’s Thanos, came from.

12. Man of Steel 2 is happening, Snyder not returning to direct.

Instead of Man of Steel 2, the rumor is they might call it Superman: Last Son of Krypton, and have Kal-El fight Braniac. WB is courting JJ Abrams to direct, who has some history with Superman considering his failed Superman: Flyby screenplay and planned trilogy. Of course, that doesn’t mean Abrams will say yes.

13. Snyder no longer wants to return to direct JL 2, has opted out. Plans to direct a smaller scale movie for next project.

Opted out? Or been pointed in the direction of an open door and asked if he’d be interested in walking through it to see what’s on the other side before having it slammed on his ass the second he was free of the doorway?

14. Shazam to be a one-off movie unless it does extremely well.

In related news, Shazam is a movie that’s genuinely happening. Don’t lie – you kind of forgot about it already, didn’t you, since we’ve heard next to nothing about it other than “Dwayne Johnson will be in it.”

15. Cyborg currently up in the air. If he’s a breakout character in JL, he will get a movie, if not, it’ll be repurposed.

Yeah, I don’t know anyone who actually thought the Cyborg movie was going to happen just because they announced it 5 years in advance. There’s an easy solution – turn it into a Teen Titans movie.

16. Legion of Superheroes canceled. Deemed “too early” to be developed.

17. Darkseid could potentially be saved for JL 3, having more background development in other movies for New Gods and Apokolips. New Gods property being heavily eyed as a film.

And that New Gods film would probably be directed by George Miler.

18. Green Lantern Corps will be an adaptation of Sinestro Corps War. Will have Guy Gardener, John Stewart, and Hal Jordan as the only human lanterns. Red Lanterns won’t appear but will be teased.

Sure. Why not. I know so little about Green Lantern outside of some of the characters names that most of the above rumor means nothing to me.

19. JSA was originally being worked on, expected to be teased in Wonder Woman with them being in WWI instead of WWII heroes. The idea was scrapped due to it not fitting the general plot of Wonder Woman. It was decided to relegate these characters to the CW shows.

20. Scalped being worked on by WGN network. Was held up with Doug Jung working on Star Trek movie. Jung expected to show run the series. Geoff Johns wrote the pilot.

Oh, wow. I had completely forgotten about Scalped, which has been in development for at least 2 years now.

21. WB wants to keep a 3-year release schedule with solo movies for A-listers. Wants to keep diversity in the lineup and keep filmgoers interested without being fatigued.

Frankly, if you want to guard against fatigue maybe limit yourself to 2-a-year instead of 3, that is if I understood the phrasing correctly.

22. On DC Animated movies, plans are to increase production to 4 movies per year. Doing “event” animated movies with a limited theater release ala Killing Joke will probably happen yearly.

Everyone focuses on Killing Joke’s more controversial elements, but we forget just how much money it made from its limited theatrical run and on-going home video dominance. Trying to repeat that with some of the other upcoming DC animated movies which would otherwise go to home video seems like a no-brainer. For example, I could see Batman & Harley Quinn, which was announced at San Diego Comic-Con, receiving a brief theatrical push thanks to Quinn’s still skyrocketing popularity.

23. Old scripts being revitalized as animated movies might still happen. Batman Beyond script by Boaz Yakin has been floating around.

God knows they have a mountain of unproduced DC movie scripts lying around. Makes sense to revisit some of those as potential animated offerings.

To sum up, Suicide Squad 2, Booster Gold, Sandman, Man of Steel 2, Shazam, Green Lantern Corps, 100 Bullets and Scalped are all still in development. Justice Society of America, Lobo, Fables and Cyborg have either been canceled, rethought as potential TV shows or are simply up in the air at the moment. And Metal Men, The Question and New Gods are newly on the table. Furthermore, we might get more theatrical play for DC’s Animated films ala Killing Joke, and we might also get a couple of TV shows connected to the films and designed for a premium cable audience. George Miller is working on something. Sam Raimi might be as well if he accepts their offer. And  Zack Snyder already has one foot out the door. Curiously, there’s nothing new to report about either Margot Robbie’s potential Harley Quinn and the Birds of Prey project or Justice League Dark, which just added Doug Liman as director.