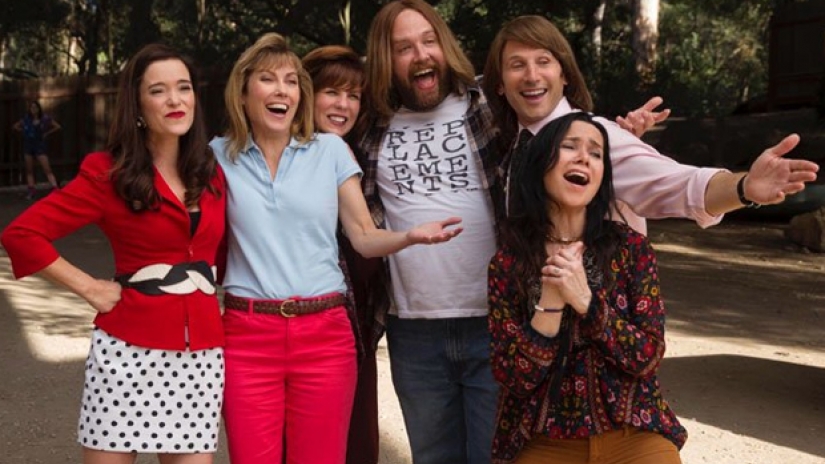 Love the movie, liked the first reunion special, noticing the diminishing returns of the new one – this is my take on the Wet Hot American Summer franchise.

Longtime sketch comedy troupe partners Michael Showalter, David Wain and Michael Ian Black first practiced their unique brand of absurdist comedy on The State in the early 90s. Since then, they’ve been responsible for several short-lived TV shows (Stella, Michael & Michael Have Issues) and early internet projects (Wainy Days, The Michael Showalter Showalter). Wain eventually found a home at Adult Swim where he co-wrote, directed and often guest starred on the long-running Children’s Hospital. He also directed several slightly more conventional mainstream comedies like 2012’s Wanderlust and 2014’s They Came Together. Showalter has similarly transitioned into directing, and is currently on a bit of a hot streak after 2015’s Hello, My Name is Doris and this year’s The Big Sick. Ian Black regularly appears on various quirky TV shows and moonlights as an author of children’s novels.

As Vulture argued, these Wet Hot properties operate according to two rules: “First: If a joke has been taken too far, take it even further. Second: If a character has been introduced that seems a little absurd, give that character a backstory so much more absurd that it threatens to rupture the space-time continuum.” All of that has been expanded upon exponentially in the Netflix specials. It’s not like the movie was firmly rooted in reality, not with Mitch, a literal talking can of mixed vegetables, being around, but the reunion specials have taken the premise of Wet Hot and stretched it beyond its breaking point, which didn’t even seem possible. 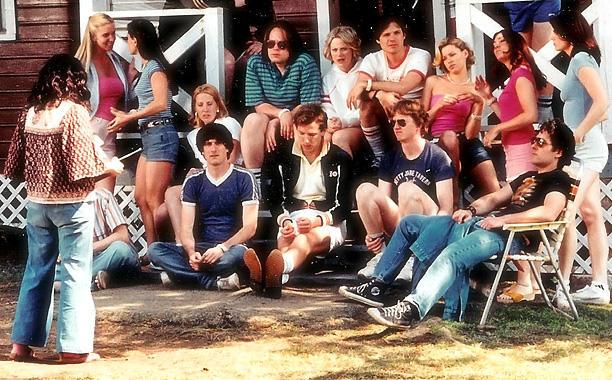 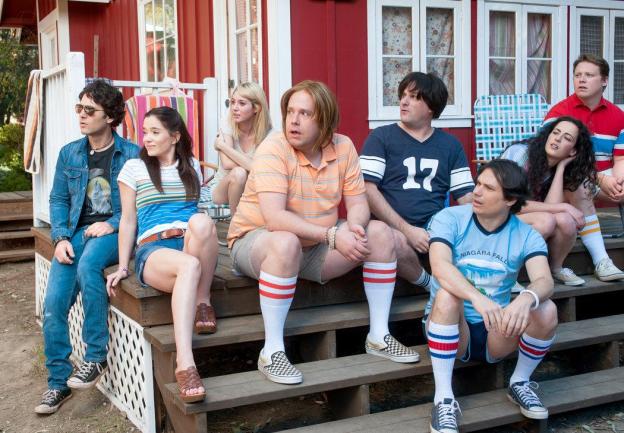 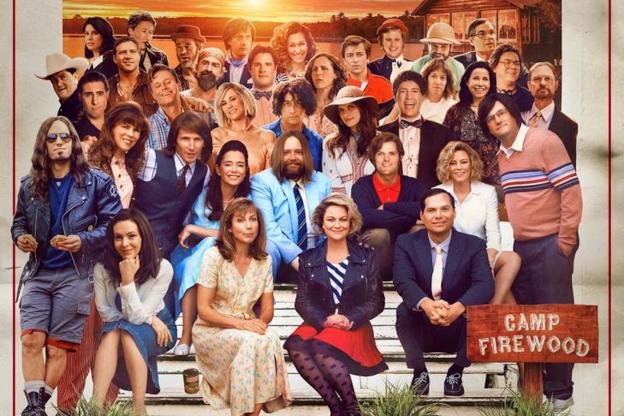 The experience has been similar to the evolution of Children’s Hospital, which started out as a fairly straight-forward Grey’s Anatomy spoof before quickly adding a complicated mythology of its own and adopting a philosophy where anything could happen at any time, no matter how insane. That always came in easily digested 11-minute bursts.

The evolution of Wet Hot, on the other hand, has transpired over one 97-minute movie and 16 half-hour episodes, which sometimes makes it a little harder to take, especially in the latest special, Ten Years Later. Luckily, the laughs are still there, such as in a running gag which sees Ian Black stresssing over whether or not his new nanny (Alyssa Milano) is crazy. However, the well for humor with these characters is starting to run dry.

First, to properly understand why they’re even still making Wet Hot American anything in 2017 you have to look back at how the film got made nearly two decades ago.

It was a three-year process for Wain and Showalter to find the funding for their script, which is loosely inspired by Wain’s own summer camp experiences. Then they had to find a cast who would work for cheaper than normal, a crew who would do the same and hope that everything would go according to plan.

They got the cast (including Janeane Garafolo, David Hyde Pierce, Paul Rudd, Christopher Meloni as well as the big screen debuts of Amy Poehler, Bradley Cooper and Elizabeth Banks), and the crew. But the only luck they enjoyed was having the right people in place to roll with the punches of an especially challenging shoot:

There was barely a budget. The actors all had to live at the camp while filming. And it rained on almost every one of their 28 shooting days, an especially big problem since the film is supposed to take place on a gorgeous sunny day without a cloud in the sky. So, the cast did the only thing they could do in that situation which is to band together to get the job done while also cracking as many jokes as possible to both lighten the mood and lessen the tension. The result is a truly hilarious film with an anarchic comedic energy which defies description, and a group of actors who emerged from it all so bonded that they spent the next 16 years repeatedly working together on various other projects, often ones directed by David Wain (such as so many Wet Hot alums reuniting for They Came Together, promoted at SF Sketchfest in the pic below). 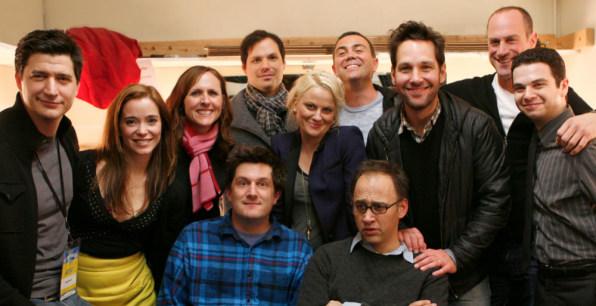 It wasn’t surprising, then, that everybody came back for the prequel series Wet Hot American Summer: First Day of Camp two years ago. Moreover, the film’s cult classic status was such that several others – like Chris Pine, Lake Bell, Kristen Wiig, John Slattery, Josh Charles, and Jason Schwartzman – joined in on the fun. The reunion series, Ten Years Later, is where schedules finally became a problem, forcing them to replace Bradley Cooper with Adam Scott (the explanation being that his character simply had a surgery to fix his deviated septum) and invent several new characters and pretend as if they’d always been around in the past, just standing off to the side all the time.

First Day of Camp, for the most part, is a worthwhile successor, maintaining the spirit of the movie while expanding the absurdity with some characteristically insane backstories for characters like Mitch and Gene. Ten Years Later, unfortunately, makes a half-hearted attempt at satirizing early 90s culture (e.g., the sight of Paul Rudd dressed as Matt Dillon from Singles is never not funny to me) as well as the cinematic DNA of reunion specials. It’s true heart, though, is in piecing together outlandish sketches built around President Reagan’s surprising cruelty, such as when he not only pisses and shits on a scale model to express his displeasure with it but also forces Bush to do the same thing.

It’s all impossibly silly, as per usual, but Ten Years Later is a little too aware of its own silliness and artifice, featuring multiple meta-moments where a character briefly references the fact that they are in a TV show. It’s also a bit more noticeable this time around that certain actors clearly couldn’t be there for very long, thus explaining why so many group shots have to cut to “oh, yeah, that guy’s also here too even though he’s not at all interacting with anyone.” Plus, the we’re-all-so-much-older-than-the-characters-we’re-playing gag is starting to feel like a joke that’s been told too many times before, even though these reunions seem to prove that Elizabeth Banks and Paul Rudd are indeed vampires.

In general, this strange little Wet Hot universe is losing its charm. These actors were bonded at transformative moments in their careers and will always love working together, and these creators have found a home at Netflix for their uniquely fluid comedy. But, maybe, it’s time to let Wet Hot go and try something different, something equally crazy with many of the same people. With the way Ten Years Later ends, they may be thinking the same thing. If so, I can’t wait to see what absurd comedic fever dream they come up with next.