Jason Blum makes it sound easy. Every time the 48-year-old Blumhouse boss describes how he goes about choosing which projects to produce it sounds so simple. He reads lots and lots of scripts, picks the ones he likes, rejects the ones he doesn’t and then turns things over to the filmmakers, even to those people who’ve never directed before or worked in the horror genre (like Jordan Peele). They get as much as $5 million to make their movie, and while Blum and his team offer notes and guidance they give every director the final cut.

Crazy, right? He backs projects he believes in, and then leaves the filmmaking part of the business to the actual filmmakers. A traditional studio, Universal, doesn’t even come into play until after the filming and editing have been completed, at which point Blum and the director screen the movie together and decide whether or not to pursue a wide release, ultra-limited release, straight-to-VOD or Netflix. If they want to put it in theaters, Universal has to agree with them and back their play. If Universal disagrees, Blum is allowed to shop the movie to another studio (a contract clause he’s only ever exercised once). If Blum and the director decide against even pursuing theatrical distribution, Universal might not ever see the movie since it’s just going to end up on some streaming service anyway.

Luckily for all involved, Blumhouse has been on an absolute tear lately. Since last fall, Get Out, Split, The Purge: Election Year and Ouija: Origin of Evil collectively grossed $664 million worldwide against a combined budget of just $27.5 million. This past weekend, Happy Death Day became the company’s third consecutive non-sequel to gross at least $25m and debut at #1. As per Blumhouse norms, it did so in the most economical fashion possible, with an opening ($26m) that both quintupled its production budget ($4.8m) and nearly equaled the amount Universal sunk into marketing and distribution (roughly $30m).

Inevitably, when someone in Hollywood is on a hot streak like this the reaction is to wonder how they’re doing it and whether or not their success can be emulated. In this case, it might be far easier to understand the success than rip it off because a) The contract Blum has with Universal is so unique; and b) He’s Jason Blum, and everyone else isn’t.

On that last point, Hollywood is often driven by a handful of higher-ups who have a preternatural eye for content and talent and always seem to have their thumb on the audience’s pulse. Think John Lasseter at Pixar/Disney. Ted Sarandos at Netflix. Kevin Feige at Marvel Studios. Those companies don’t work without them. The product would still come out, but the quality wouldn’t be the same and eventually, the audience trust would dissipate.

That’s Jason Blum right now. For example, everyone else in Hollywood could have made Get Out, The Purge or The Gift if they wanted to. Those scripts were shopped all over town, and everyone said no. Heck, The Purge’s script floated around for three years. Blum was the only one who liked it enough to produce it, and now he has a franchise which has grossed over $300m worldwide (versus a combined $22 budget) and will soon spawn a TV series.

It’s a familiar story in Blum’s career, which started in the 90s at Miramax. He has a knack for seeing potential where his peers see dead-ends, but he also learns from his mistakes.

It goes back to the very beginnings of Blumhouse, which was as a production company attached to the first Paranormal Activity. The rest of the film industry could have easily beaten Blum to it. Paranormal, a truly independent feature written, directed and produced by Oren Peli in just 7 days, arrived in town as a finished product. Peli’s agent passed it around on DVDs to every studio imaginable. They all passed (because of course they did). 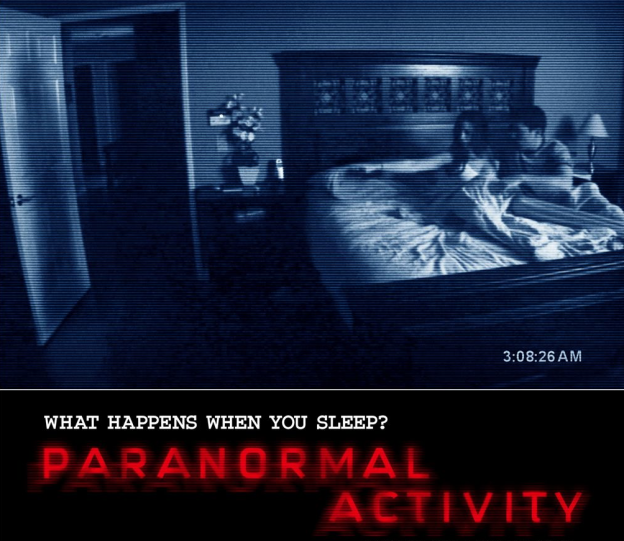 Not Blum, though. He’d passed on one too many hits during his time at Miramax to let another one get away. So, he pounced on it and worked with Peli to fine-tune the film and get it into the Sundance Film Festival, where it was picked up by DreamWorks. They planned on scrapping Peli’s footage and remaking it entirely with a bigger budget and more recognizable cast until Blum and Peli forced them to at least screen the film in front of an audience. The test screening showed them how wrong they were. The film needed a new ending and a little work here and there, sure, but what Peli had made worked. There was no need to enact the nuclear option. However, originally a big studio was just going to throw money at it because that’s what big studios do.

So, Blum remains steadfastly low budget. As he told Deadline earlier this year, by eliminating all the noise and complications that come with big budgets he has the freedom to take the type of chances that his peers can only imagine:

We said, ‘Boom, we’re making [Get Out],’ because there wasn’t a huge amount of risk involved. That allows us not to have to choose movies by using comps, which is a great thing. People complain about Hollywood movies being similar. That goes right down to the fundamental green light process, because the process involves having to compare it to three other movies. It’s not because we’re geniuses, but because we do low-budget movies, we can use the opposite process.”

In truth, his approach is not unique. As IndieWire observed earlier this year, boutique labels like A24 and Neon are currently adopting a similar low-risk, high-reward strategy targeting millennials and cinephiles with daring films which just happen to have micro-budgets. They aren’t, however, as mostly devoted to a single genre as Blumhouse is with horror which ultimately makes branding harder for them nor do they have the security blanket of a sweetheart deal with Universal more or less guaranteeing their films distribution and marketing if they want it. 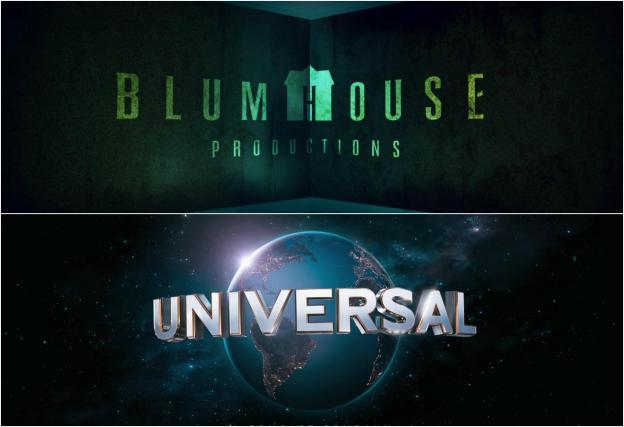 Moreover, not everyone working in Hollywood can handle living on the margins like Blumhouse demands. Every non-sequel the company produces is treated like a start-up company. The director, cast and crew work for scale or sometimes for free in exchange for equity, in this case a piece of the back end. It’s a “bet on yourself” business strategy, and the downside can be pretty severe for the below the line talent if that “bet” fails to yield a theatrical release and thus all but guarantees they won’t be seeing any profit participation. As Kim Masters found in her 2014 THR investigation, the gold rush at Blumhouse has resulted in plenty of films which end up sitting on the shelf for years and thus leave crew members cash-strapped and desperate for new work. However, if the bet pays off and the story is left open for a sequel then they’ll get more money to go make it and all involved will likely make more in the long run than if they had simply worked for their normal salary.

Blum is quick to warn prospective filmmakers that they won’t necessarily get rich making movies for him, telling Deadline,

“It depends on the quote of the creator. If they’ve never done the job before, it’s a small piece. If they’re established, it can be a very big piece. One of the misconceptions people walk in the door with is, Blumhouse makes a lot of money, so when I make a movie with them, I’m going to make a lot of money. If you are Ethan Hawke, and you have a $3 million quote and are taking $10,000, and you make Sinister or The Purge and it succeeds, you’re going to have a big participation. But if you have people, or an actor, who has never made more than scale, you’re not going to get back end on one of our movies.”

Some people can live with that, some can’t, some will just treat it as their side hustle, and others will look at it and try to figure out how to rip Blum off, maybe do what he does just, ya know, with a little more money involved. WB is certainly enjoying huge success this year with its mid-budget horror films (It, Annabelle 2), and Fox has unexpectedly taken the X-Men in a horror direction with The New Mutants. However, that’s them chasing a trend, not truly emulating a business model.

Jason Blum lives on the margins enough that he can go in for a Nerdist interview to promote Happy Death Day and come out of it with a three-picture deal with Chris Hardwick, who has not-so-secretly been harboring ambitions of writing and directing his own horror movies ever since Jordan Peele showed him it’s possible for a comedian to make that kind of leap. Maybe the rest of the industry would have given Hardwick that same deal. Maybe not. History suggests what is obvious to us is not so obvious to the studios, which are all beholden to corporate overlords and the whims of the stock market and global box office. But there’s Jason Blum kickin’ it old school, reading scripts, meeting filmmakers and making bets based on personal taste, intuition, and trust. It seems so simple. In fact, it’s just a more economically disciplined version of how all of Hollywood used to operate. What happened to that?