Basically, The Avengers and X-Men would finally get to hang out.

The above takeaway is all you might want to know about CNBC’s bombshell? stunning? overblown? report that Disney recently spoke to 21st Century Fox about potentially acquiring the company’s film (key franchises = X-Men, Alien, Kingsman) and TV divisions (including FX and National Geographic). Fox Sports and Fox News would not be part of the deal since Rupert Murdoch is reportedly more interested in pivoting toward primarily focusing on news and sports, and holding on to Fox News is central to that strategy.

If this were to happen Marvel’s major properties would finally all be under the same roof. Well, almost. Technically, Sony still owns everything Spider-Man-related are just loaning him to Marvel Studios for the Homecoming movies. However, that’s more than you can say for the X-Men right now, who are off on their own fractured adventures spread throughout various Fox movies and TV shows. A Disney buyout would change all of that and cause a seismic shift. The decades-long era of Hollywood having six big film studios would end. It’d be down to just five, with Disney turned into an even bigger behemoth than before.

But this actually has very little to do with Marvel or superhero movies. That’s just a side effect. Instead, this is likely 100% about Netflix, at least from Disney’s point of view. As pointed out by THR, “Disney’s need for content, meanwhile, has never been greater, given the streaming business it is creating with its acquisition of BAMTech in August is meant to go head-to-head with Netflix. Disney, in fact, is pulling its Pixar and Disney-branded content from Netflix so that consumers desiring those shows and movies will have the incentive to subscribe to Disney’s upcoming service, which will also include Marvel and Star Wars product and could conceivably add movies and shows from Fox at a later date.”

Purchasing Fox would turn Disney’s forthcoming Netflix competitor from a mere nuisance to a legitimate threat if it wasn’t already. Or at least that would be the goal. 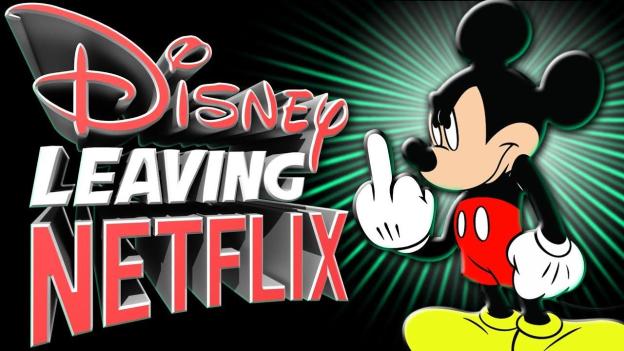 There are, inevitably, complications. Disney can’t actually purchase Fox’s broadcast channel since it already owns ABC. That’s an FCC no-no. Then again, there have been whispers of Disney prepping ABC for a sale. So, who knows. And Fox is already in the middle of talks to complete its purchase of Sky TV. What happens to that now?

Well, nothing yet. CNBC’s report indicates Disney and Fox’s talks have already cooled off and are dead for now. Recent years have brought similar reports of proposed takeovers that never took hold, like all the “China’s going to buy Paramount” or “Disney’s going to buy Netflix” rumors not to mention Rupert Murdoch’s very real effort to purchase Time Warner, a company which years later sold to AT&T instead (if the DOJ doesn’t block the deal, that is). However, sometimes these deals can come back, making this a story to keep an eye on.

It’s long been predicted that the diminishing returns in the film industry combined with the influx of new money from aggressive digital companies with more tech-based approaches to doing things are going to lead to a period of great contraction. Some film studios aren’t going to survive, or so the thinking has gone. The most likely candidates to fall or sell off were The Weinstein Co. (which was already in dire straits prior to the sex abuse scandal), Paramount and Sony. That Fox would even entertain a sale, mere years removed from leading the industry in market share, indicates the situation might be more fluid than we realize. Or, perhaps, Disney is just really freakin’ serious about making its own Netflix. As a result, the once impossible is now on the table: The Avengers and the X-Men might someday share the screen.

The strange thing is Fox is actually setting the new model for how to take on Marvel Studios in the comic book game. Rather than lazily cut corners in a half-assed imitation of the Marvel Cinematic Universe, like what WB’s first tried with its DCEU, Fox has been spinning off its X-Men properties into compelling new directions, with main continuity movies (Apocalypse last year, Dark Phoenix next year), unique, standalone spin-offs (Deadpool, Logan), a new horror-themed line (New Mutants) and TV shows that are free to be as strange (Legion) or conventional (The Gifted) as they want to be.

At the very least, unlike Disney, they’re not currently blacklisting film reviewers from newspapers they don’t like. The thought of Fox’s X-Men strategy possibly coming to an end due to a corporate takeover seems counterproductive. Maybe Disney would just leave them alone. Or, maybe, like Homecoming all prior continuity would be wiped out in favor of starting over with a Disney-branded X-Men.

For now, it’s all just speculation. This brief powwow between two giants might amount to little more than corporate foreplay. But if something does actually come of this what would you want to see happen with the X-Men?