Batgirl is caput (for now.) Flashpoint’s directors haven’t started work yet because their contract has yet to be finalized even after a month of negotiations. And Justice League continues to get trounced at the box office by Marvel. As our Lex Luthor-in-Chief would tweet: sad. It’s time to take stock of the DCEU.

So, can we just call it, already? DC Extended Universe. Time of Death: Fifteen hundred hours on February 23, 2018.

That might seem a bit melodramatic. Also, I’m pretty sure that’s not how cinematic universes are put to death nor do I have the authority to make that kind of decision. But, really, what’s the point of going on with this charade any longer when the first on-screen meeting of DC’s heavy hitters can’t even hang with Marvel’s B-squad?

Don’t get me wrong. Black Panther is a transcendent piece of pop culture which has arrived at just the right time in history, and Thor: Ragnarok is a neon-colored burst of intergalactic whimsy. They are each fantastic and entertaining films, albeit in very different ways, and they each caught fire at the box office for largely justifiable reasons in terms of quality, marketing, and fortuitous timing. But for Justice League to lag so far behind both culturally and financially, turning into a mere disposable blockbuster that makes millions ($600m worldwide, to be exact) only to then be promptly forgotten, is a complete condemnation of everything WB is doing with its superheroes.

Not to go all playground on you, but DC got here first. As a comic book company, DC got a five-year head start on Marvel, which was plenty enough time to introduces the world’s first superheroes and be forever associated with the genre; decades later, as a film studio-owned subsidiary DC managed to overwhelm the playing field with multiple Batman and Superman movies and live-action TV shows before the first Spider-Man or X-Men movie came along. Those films had to react to what DC had already done, not the other way around.

When Marvel Studios started up and launched its first movie in 2008, Iron Man punched above its weight classic both critically and financially, but it was no match for The Dark Knight, which not only made more money but broke through the critical glass ceiling, netting a posthumous Oscar for Heath Ledger and even inspiring a Best Picture category rule change. More than that, The Dark Knight showed what the superhero genre could be and how it could be used to speak to real-world concerns. 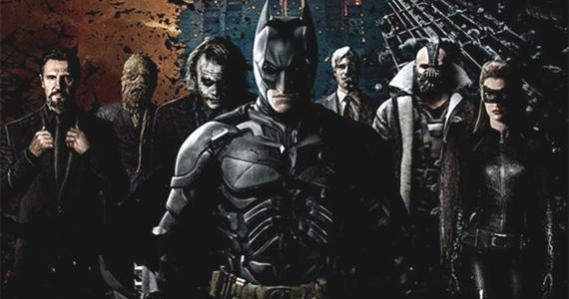 Four years later, the baton-passing was undeniable when The Avengers outgrossed The Dark Knight Rises both at home and abroad. The problem was in those four years between-Dark Knight entries Marvel Studios launched a steady stream of enjoyable superhero movies building up to the geekiest of geeky team-ups. WB, meanwhile, mostly whittled its thumbs and waited for Christopher Nolan to find the motivation/time to finish his trilogy, which resulted in the wildly ambitious Dark Knight Rises but a lot of lost time to the competition.

To be fair, WB did crap out Jonah Hex in 2010 and Green Lantern in 2011, meaning at least someone over there feared the looming superhero arms race with archrival Marvel, but Batman remained the crown jewel. After his inevitable rise and fall, there was no exit plan. Green Lantern was supposed to be that exit plan, set up its own cinematic universe and all that, but it failed, to the point of being actively mocked by the film’s own star (Ryan Reynolds) in his next superhero gig (Deadpool). 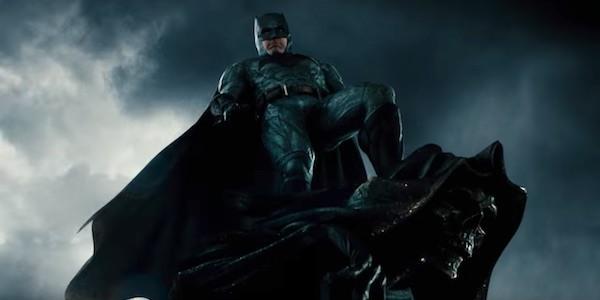 Smash cut to today and WB is over there busy hyping up the home video release of its wannabe Avengers team-up Justice League at the same time that Marvel Studios is over here showing us something new. Justice League is where we’ve been; Black Panther and Thor: Ragnarok is where we’re going.

WB, the company that had control over the longest-tenured and thus most recognizable superheroes and is only 6 years removed from a Batman trilogy that grossed over $2 billion worldwide, has, at this point, yielded the floor to Marvel. Kevin Feige (in charge of Marvel Studios) and, to a lesser degree, Simon Kinberg (in charge of X-Men at Fox) are setting the template, and WB is merely following, with the sole exception of being the first studio to take a chance on a female-directed and female-led superhero movie.

This happened largely because WB deeply, deeply misread the market and hired Zack Snyder to double down on the grit of The Dark Knight Trilogy and turn Man of Steel and Batman v Superman into joyless, leaden, grimdark marches of plot holes, wooden characterizations, groan-worthy dialogue, and nausea-inducing visuals. While Marvel was bringing fun back to superhero movies, WB entrusted its marquee characters to a director who doesn’t seem to even like Superman and doesn’t fully understand Batman. That’s not to say superhero movies can’t be serious [see: Logan], but WB misfired.

Now that that’s flamed out, WB has been caught flat-footed and is struggling to adjust on the fly, which has lead to a series of transparent knock-offs. Luckily, one of them – Wonder Woman, obviously – managed to work because even if you tell a familiar story as long as you tell it from a fresh point of view it can seem new all over again. Moreover, that movie was made by a woman with a deep passion for the material and a literal decade under her belt of lobbying for the job and thinking through how best to bring Wonder Woman to the screen. Such advanced planning and careful consideration seems to be missing in everything else they’ve done.

The result has been a steady decline at the box office. With the exception of the largely standalone Wonder Woman, every DCEU movie since Batman v Superman has made less than the film that preceded it. Even with James Wan at the helm, it’s going to be a challenge for Aquaman to change that later this year, not when this is our most recent memory of Jason Momoa as the character:

Never change, Aquaman, you bromeister you.

Now, Marvel Studios and Fox lead the way in superhero entertainment, and WB…well, apart from Wonder Woman WB has turned DC into the Michael Bay of the superhero realm. The movies make money, but they don’t exactly inspire a passionate following and can’t win with the critics.

It’s not like the studio isn’t trying to make better movies. In fact, the excessive studio meddling has been an obvious culprit in the recent creative failures. There’s been some actual accountability on that front. Producers and executives at the studio have been fired or re-assigned. New people like Geoff Johns and Jon Berg have been rotated in to oversee things, and then promptly rotated out at the first sign of trouble. At last check, Roy Hamada is in charge of DC Films, a move which excited a lot of people online last month since Hamada comes to this fresh off the success of helping launch The Conjuring universe over at New Line, WB’s genre label.

But we’re nearing two months into Hamada’s tenure and we’re still missing clarity on what exactly their plan is. Earlier this week, reports surfaced suggesting the next two DC Extended Universe movies to go in front of the camera will be Batgirl and Flashpoint. It’s now the end of the week and both of those projects hang in limbo. They are but two of the nearly 20 DCEU different projects thought to be in some stage of development. Only 3 of them have specific release dates – Aquaman, Shazam!, and Wonder Woman 2 – and we somehow still don’t know if Shazam! should even be considered a DCEU movie or a standalone entry.

We’ve previously learned the studio intends to keep making DCEU movies while also establishing a new label for non-continuity titles with lower budgets. But what’s that label going to be called? How (and when) will they decide which movies go to which label? Are they really comfortable with potentially producing a solo Joker movie starring Joaquin Phoenix while also making a Suicide Squad 2 or Harley Quinn moving starring Jared Leto’s Prison Meth Addict Joker?

To recap, these are the DCEU movies with release dates:

This is the DC movie which may or may not be set in the same Justice League universe as the Gal Gadot Wonder Woman and Henry Cavill Superman:

And these are the DCEU movies thought to be in some stage of development:

Sadly, the Booster Gold movie I was kind of excited about seems dead.

Oddly, both the DCEU and MCU are in similar positions. Instead of over-promising and announcing spoilery titles and release dates (the ole “How is there any tension if we already know the hero has an officially announced and dated sequel?” problem) both WB and Marvel Studios are holding their cards a little closer to the vest. Which Marvel movies should we expect to see after Avengers 4? A Spider-Man sequel has been confirmed, and Black Panther 2 is a slam-dunk. Beyond that, it’s all just speculation. What about the DCEU? What does that playing field look like beyond Wonder Woman 2? No idea.

The level of uncertainty is the same, but the amount of unease it causes is wildly different because we, or at least I, trust Marvel Studios. There have long since been reports that Marvel Studios has its release slate planned well into the next decade. In Kevin Feige we trust, right? WB, though, not so much. They just hired a new guy to turn things around, but they already fired the last guys with that job after just two movies (Wonder Woman, Justice League). So, the DCEU’s behind the scenes reality isn’t exactly the bastion of stability. 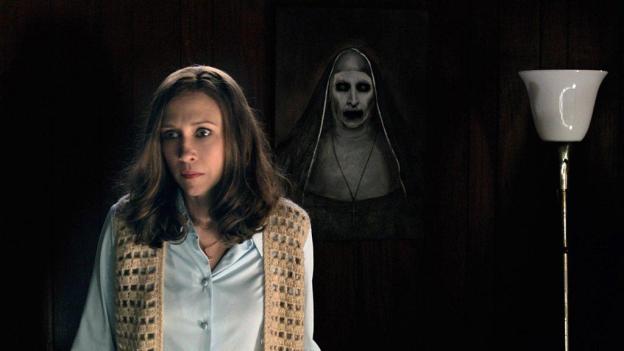 If Hamada, however, is given a little longer to succeed my guess is he uses Flashpoint to blow up the entire DCEU and pursues a more standalone-inclined release slate where the films are about as connected to each other as Wonder Woman is to Batman v Superman and Black Panther is to Civil War. A lot of those in development projects should probably just be siphoned off to DC”s upcoming streaming service and turned into original TV shows. Plus, Hamada comes from a horror background. He should lean into that. Finally find a way to crack a Sandman script. Get serious about Justice League Dark. Finally, use Wonder Woman and Black Panther’s success as a mandate to hire more diverse voices behind the scenes to bring fresh, new perspectives. Joss Whedon couldn’t find a story for Batgirl. A female writer and/or director could.

Similar to how we felt back in 2008 after The Dark Knight, everything in the superhero game feels different after Wonder Woman and Black Panther. We’ve seen what can be done with this kind of movie when the filmmakers actually get serious about the mythmaking inherent to the superhero story, and we’ve seen how well diversity and largely standalone storytelling pays off. What Hamada does with that as well as what order he brings to the DCEU’s chaos remains to be seen.

First things first, though: cut your losses and simply release Ben Affleck back into the wild. Some birds aren’t meant to be caged. Their feathers are just too bright. Or, to put it more direct terms, some actors make really stupid decisions to take soul-crushing jobs which they immediately regret. Let him off the hook.

Where do you stand on the DCEU now? Are you a Zack Snyder defender, steadfast in your belief that his version of Justice League would have been vastly superior to what we got? Or did you actually kind of like Justice League? Or are you simply waiting for the next Wonder Woman and everything else is just noise? Let me know in the comments.