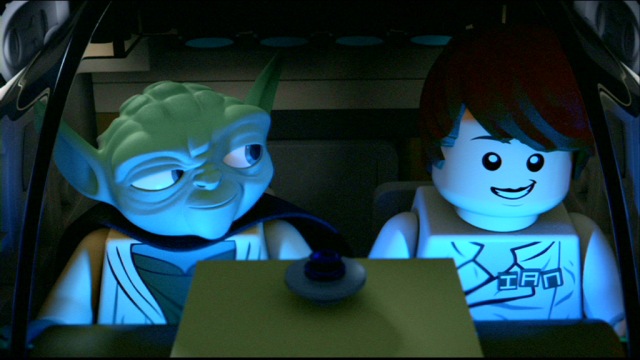 October 30, 2012, a date that will live in nerd infamy. That is the day Star Wars lost its original author. Everything Star Wars-related before that had to go through one man: George Lucas. After, it goes through Kathleen Kennedy, Alan Horn, Bob Iger, and the entire Disney apparatus. Anything in the canon which Lucas left unfinished and/or unclarified is now left to Disney to monetize. That’s how we’ve ended up with a Han Solo prequel movie. Disney went through hell and back to make it happen, but Solo is almost here to deliver us the pleasant, but reportedly ho-hum story of how Han Solo met Lando and Chewbacca and what exactly turned him into the jaded figure we meet in A New Hope. Since Lucas left Han’s backstory unfinished, Disney now gets to fill in the dots and rake in millions.

That doesn’t mean Lucas didn’t try. He almost worked a young Han into Revenge of the Sith. Take it away, Uproxx:

In the original Revenge of the Sith script from George Lucas, a 10-year-old Han would have found a transmitter on a smashed droid during the Battle of Kashyyyk. He would have presented it to Yoda, and the Wookiees would have traced that back to its source to find General Grievous. So in a way, we would have had Han to thank for Obi-Wan’s victory over the droid general. This would have also been a convoluted way to show how whip-smart and resourceful Han was even at such a young age. But making him a young orphan on Kashyyyk wouldn’t have made much sense at all, and the whole thing sounds like pointless fan service. Which is probably why the scene was cut from the script and never filmed.

What Uproxx fails to mention is this:

After that close call on Sith, Lucas couldn’t fully let go of the idea of a young Han Solo meeting Yoda during the Clone Wars years. He just passed it off to Michael Price, a former Simpsons writer who joined LucasFilm to work on the non-canonical, often highly satirical LEGO Star Wars cartoons. In 2011, Price wrote the Cartoon Network special LEGO Star Wars: The Padawan Menace which puts a young Han and Clone Wars-era Yoda on an adventure together.

Ian, a young boy, Commander Cody and Yoda must go to rescue the secret battle plans. However, when substitute teacher C-3PO and a class of padawans go too, things become more complicated….

Wow, IMDB. That’s really the best you can do? Save me, Wookipedia, you’re my only hope:

Grand Master Yoda has just arrived back on Coruscant from the Outer Rim with a group of Younglings on a field trip. They arrive at the Senate Building to take a tour, headed by C-3PO and R2-D2. As they enter, a young child who had snuck away from an orphanage by shipping himself in a box, emerges from the ship, and joins the group on their tour. Hilarity ensues. 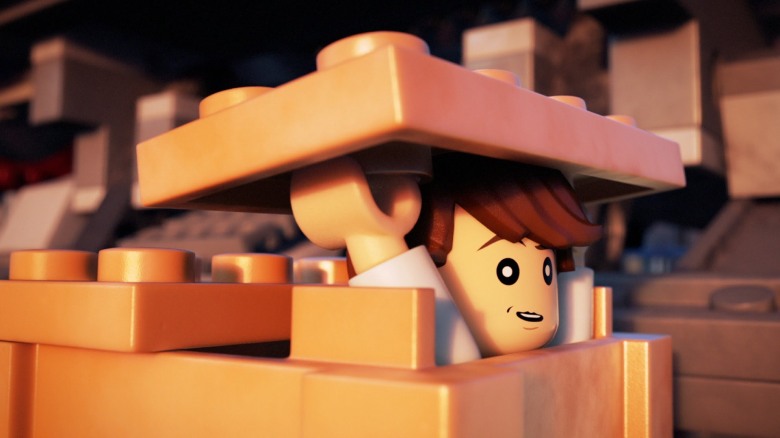 That “young child” has a name tag which reads “Ian” and he initially annoys Yoda before winning him over with his uncanny knack for adventure and preternatural mastery of machinery. The twist: Ian is actually Han. We don’t find out until the very end, at which point Ian twists the “I” from his nametag into an “H.” An adult watching the special can probably guess beforehand. Ian looks just like Han. “I”ve got a bad feeling about this” is one of his first lines. He constantly displays the signature Solo disregard for rules and authority. Still, the reveal at the end sure blew my nephew’s little mind back when we watched Padawan Menace together all those years ago.

Michael Price eventually left LucasFilm to co-create Netflix’s F is For Family but not before he wrote several more LEGO Star Wars specials. In one of them set during the Original Trilogy he even worked in a fun little Padawan Menace easter egg. At one point, an adult Han bumps into Yoda, resulting in a quick gag of Yoda faintly recognizing him and asking “Ian?” leading Han to reply “Yoyo?” (which is what “Ian” calls him throughout Padawan Menace). When the characters around them react in surprise both Han and Yoda flash “um, it’s too hard to explain” expressions and the story moves on.

Of course, none of that was ever meant to be canon. It’s just kids TV fun. Heck, Padawan Menace has a running gag where Darth Vader keeps trying to join the story even though the setting predates him, thus forcing George Lucas to walk on screen to distract Darth with the promise of donuts before eventually just throwing him off the set. So, clearly, not meant to be taken too seriously.

I doubt anyone will be calling Han “Ian” in Disney’s new canonical telling of his origin story.