It’s been a while since I’ve seen a Spike Lee joint. Based on the meager ticket sales for his recent releases, the same is probably true for everyone. As a result, it’s taking me a minute to process his big comeback, BlacKkKlansman, although he’d rather we not think of it as a comeback.

Lee, whose work here is sure to factor him into serious awards consideration for the first time in decades, has made a cop movie that doesn’t particularly care about procedure or details. It’s a historical story about the re-ascension of the KKK in the 70s, but it couldn’t be any less obvious about its true intention to flash a giant middle finger at Trump. It’s a laugh out loud comedy about the often ludicrous absurdity of those who advance hate, but it’s also a sobering drama about the danger presented by those same hate-spewing idiots. It adheres to filmic traditions like a traditional three-act structure and car chases, but also depicts a speech from Black Panther leader Kwame Ture (as played with blistering intensity by Corey Hawkins) in its entirety and has characters occasionally solemnly stare into the camera for dramatic effect. 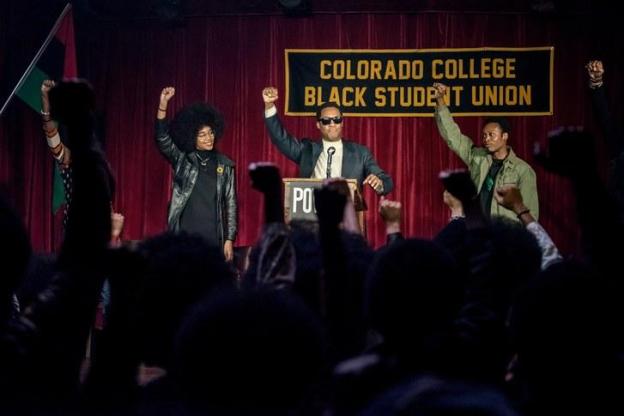 In short: BlacKkKlansman, as Lee told Film Comment, isn’t any one thing. “[My films] have many different elements, mixed into the subject matter, style, music…It’s a Spike Lee joint. It’s not just one thing.”

The background: In 1979, Ron Stallworth (a star-making turn from John David Washington) and his white partner (the always reliable Adam Driver) in the intelligence section of the Colorado Springs Police Department essentially catfished David Duke (a perfectly smug Topher Grace) and the local chapter of the KKK for 9 months. Stallworth initiated and maintained consistent contact with Duke and the KKK over the phone while his partner pretended to be him in person, the differences in their voices being initially noticed, but quickly accepted in an everyone-sounds-different-on-the-phone kind of way. Their investigation was eventually ended prematurely, buried by nervous white superiors, and has only recently come to light thanks to Stallworth’s 2014 memoir.

Another filmmaker might have taken the source material and produced a gritty, undercover cop drama with some hints of In the Heat of the Night since, like Sidney Poitier’s fictional Mister Tibbs, Stallworth was the sole black presence on the police force. Someone else might have made it a Nice Guys-style 70s cop comedy, especially since treating the KKK as a source of ridicule has been the go-to method for years now (see: O Brother Where Art Thou and Django Unchained; Mudbound is a notable recent exception).

Lee, however, sees the larger picture, which is that it’s funny how stupid those racists were in 1979 but also scary how empowered they, they’re kids and grandkids have become ever since Trump was elected. At times, Lee makes this connection so obvious it’s practically groan-inducing. I, for example, lost track of the number of times one of the KKK members says “Make America Great Again,” predicting the nationalist language later adopted by Trump.

However, it all adds up to an especially effective bit of bracing social commentary, one which also takes the time to explore the Jewish-American dilemma (via Driver’s increasing discomfort with pretending to hate Jews) on top of the duality of being black in America. Additionally, BlacKkKlansman also incorporates a commentary on police brutality in the form of a racist cop who openly gloats about being able to shoot black people punishment-free. 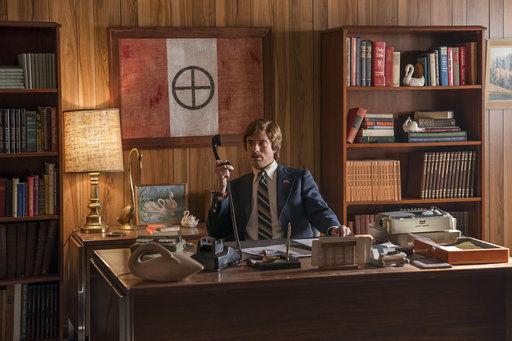 That’s a lot to take in from any single movie, but BlacKkKlansman manages to weave it all in while making us laugh and occasionally shout out our approval. When the Topher Grace version of David Duke in the film is finally told where to shove it, the audience I was with erupted into spontaneous applause. When, minutes later, BlacKkKlansman’s fictionalized version of events gives way to a coda filled with footage from the United the Right rally Charlottesville last year the moment of the real David Duke thanking Trump for his defense of the alt-right’s actions was greeted with stunned silence.

Oh, that’s right, we all remembered, these people are not only still around but more powerful now than they have been in years.

That’s why BlacKkKlansman resonates the way it does. As Film Comment told Lee, and he agreed, “You make movies that people need, but they don’t always know they need them.”

BlacKkKlansman, however, is also defiantly unruly. The plot is frequently propelled along by coincidence. A side story involving a clearly-invented-for-the-movie love interest never fully takes root. Terence Blanchard’s powerful 70s-style score seems to arrive out of nowhere a quarter of the way in rather than joining from the start. The white police captain’s allegiances seem to shift from scene to scene without explanation.

But, that’s a Spike Lee joint. The missteps and peculiar idiosyncrasies might be glaring for those who don’t totally connect with the film’s message. Personally, I found it all fairly forgivable since BlacKkKlansman includes a sequence as powerful as Harry Belafonte describing an early-1900s lynching of a black man in brutal detail while just across town Duke and his acolytes are watching and cheering for D.W. Griffith’s Birth of a Nation. That film and its disgusting celebration of white-hooded Southern gentlemen saving the country from the scourge of miscegenation and integration deeply influenced the resurgence of the KKK. A century later, we’re still waging a war against hate.

BlacKkKlansman is Spike Lee attempting to call out and laugh at the bigotry before reminding us that, basically, this shit is still happening and it’s not okay.