This October, we’re challenging ourselves to watch at least one horror movie a day. Today we’re tackling three different titles tied together by a single theme: foreign horror movies about motherhood. The later two will be published this afternoon, but we’re starting with a modern classic.

So begins the scariest pop-up book in cinematic history. With its stark, washed out imagery, and strange shadows, the pop-up book signals the film’s supernatural transition. From this point forward, we’re entering a world in which something is coming, planning to devour a character’s world from the inside.

Written and directed by Jennifer Kent, The Babadook gives us real-world horrors before it introduces the titular entity into the mix. Central protagonist Amelia (Essie Davis) lives a life of repressed grief and resentment, all of it connected to her son. She lost her husband in a car accident, suffered while he was driving her to the hospital to give birth. Now, she lives in a poorly lit home, works at a depressing job, and cares for a son, Samuel (Noah Wiseman), whose interests in magic and home-made weaponry keep her in a perpetual state of exhaustion. Davis has a wonderful face that looks more and more beaten down every time we see her, and she gives a ferocious, brilliant performance. Wiseman plays well against her, first appearing as a child of disturbing behavior and emotional outbursts only to shift to the more traditional child in peril horror role as the film proceeds.

Even though there are neighbors and occasional visits from friends, it feels like they live in isolation, because so much of the film centers on their life in that big, ominous house. It appears as though they live in a home designed by Edward Gorey by way of Jane Eyre. There’s a horror film brewing just beneath the narrative’s surface even before that horrific pop-up book arrives at the door. 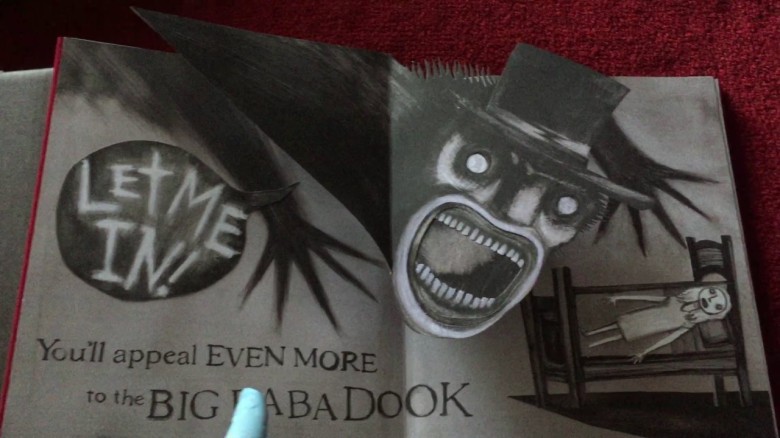 That pop-up book, though. Comprised of a terrifying children’s nursery rhyme and images that become increasingly violent and unsettling with each page turn, the book signals an oncoming monster, although whether that monster is real or just a manifestation of a mother’s unacknowledged rage is up for debate. The film is as much about buried grief and wrath becoming toxic, destructive forces as it is top-hat sporting monster wreaking havoc. That’s what gives The Babadook its power: It recognizes real-world horrors and emotions are just as terrifying as a monster at the window. 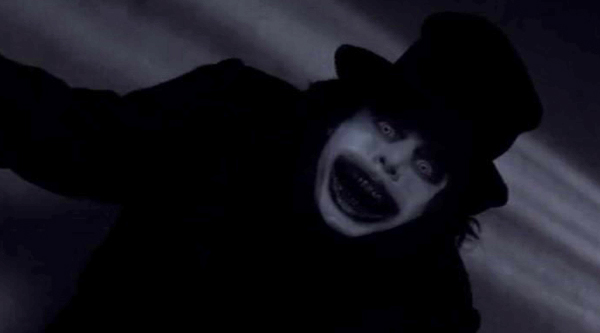 However, when the monster does appear, slinking down walls or hovering above beds, it is properly unsettling, especially considering his black hat and coat, sharp teeth inside a shadow-concealed face. He looks as though he walked off the screen of a German Expressionist film and into Australian suburbia.

The Babadook revels in this nightmare imagery and pulls out all of the supernatural stops for its big climax. It works because the film has taken so much time to establish the psychological fragility of its two leads, in the same way Roman Polanski did in films like Repulsion and Rosemary’s Baby, in which female protagonists found themselves in worlds ripping apart at the seams. It’s a masterful achievement, both for its proper scariness and its emotional rawness. The fact that is balances both, without sacrificing one, speaks to the filmmaker’s and actors’ skill, making The Babadook a film to be championed.

Later Today: Under the Shadow and Dark Water