Today is the day Disney executives formally unveil Disney+ to a group of investors and reporters. However, it’s a real deja vu moment for anyone who remembers DisneyLife, the company’s failed first foray into standalone streaming.

Disney is inching ever closer into its grand re-brand. Soon enough, the Mouse House will at least partially morph into a tech company, prioritizing subscription numbers and steady streams of new content over box office and perfection. Success in this arena might just mean directly damaging the company’s more traditional revenue streams like cable and theatrical ticket sales, but it’s a short-term pain/long-term gain situation. A successful transition toward offering a suite of streaming services like Disney+ for the family, Hulu for the adults, and ESPN+ for the sports fans might just mean billions of dollars in subscriber fees.

To that point: Morgan Stanley projects that by 2022 the subscription base for all Disney streaming services will top 70 million, 40 million in the U.S. alone. Netflix – which, to put it lightly, has had a bit of a head start in this arena – currently sits at 139 million global subscribers. So, clearly, still some work to be done, but reaching 70 million by 2022 would easily put Disney in second place. However, it will come at an operating loss of -$150 million a year, largely due to the hit they’ll take after walking away from their current Netflix deal.

Bob Iger is okay with that. Steering the company toward a successful streaming future is his stated top priority. It’s what might finally allow him to retire, an event he has postponed multiple times. The next retirement target is 2021, at which point his hand-picked successor is scheduled to take over. That man, Kevin Mayer, is already undergoing a huge test: he’s been charged with overseeing the company’s direct-to-consumer efforts.

Iger, Mayer, and their countless employees aren’t exactly flying blind, though. As residents of the UK and Ireland already know, this isn’t actually the first time Disney has launched a streaming service. They’ve already tried – and failed – in this space before, learning valuable lessons along the way. 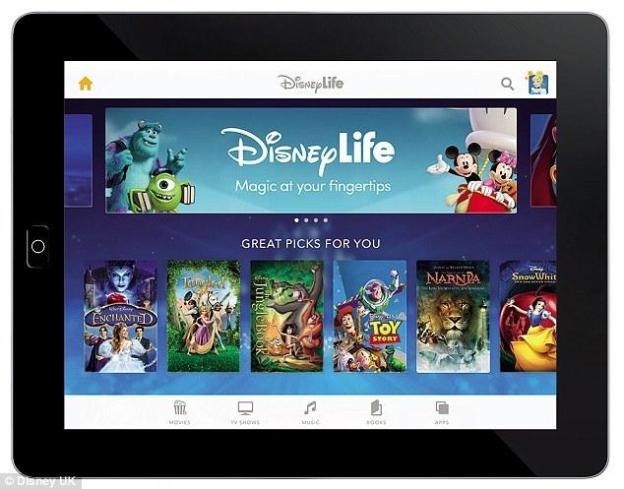 From The Wall Street Journal:

In November 2015, Disney launched in the U.K. its first effort at a stand-alone streaming service, called DisneyLife. It offers access to roughly 400 movies, 6,000 songs, 4,000 TV episodes and 250 books, initially for about £10 (about $13) a month. It used the service to cross-promote other products. It hawked new theatrical releases with exclusive clips. Subscribers were offered discounts at Disney Stores.

In reality, however, DisneyLife was a test case for Disney’s global streaming strategy. Rather than simply buy Netflix, the House that Walt Built wanted to see if it could build its own streaming service carried almost entirely by the marketing weight of the Disney name and multi-generational appeal of the Disney back catalog. It hasn’t gone well.

According to a Bernstein Research report, DisneyLife struggles mightily. Not even cutting the monthly fee in half stopped the bleeding.

An analysis of Google Trend scores showing how often people searched for various services found DisneyLife barely registered in comparison to competitors like Netflix and Now TV. On the U.K. iTunes Store, it was ranked between 30 and 40 among entertainment apps in August 2018, according to the report, while Netflix, BBC iPlayer and Amazon Prime occupied the top three spots. “In all cases, the results were bleak,” the report found. “It might even be described as a ‘failure.’”

In success or failure, DisneyLife was always going to serve the larger purpose of providing Disney with an invaluable dataset showing what works and what doesn’t when it comes to first attracting and then retaining subscribers. Everything that experience taught them has been fed directly into their Disney+ strategy:

1. Pull as many Disney titles as possible away from competitors and put them behind your paywall 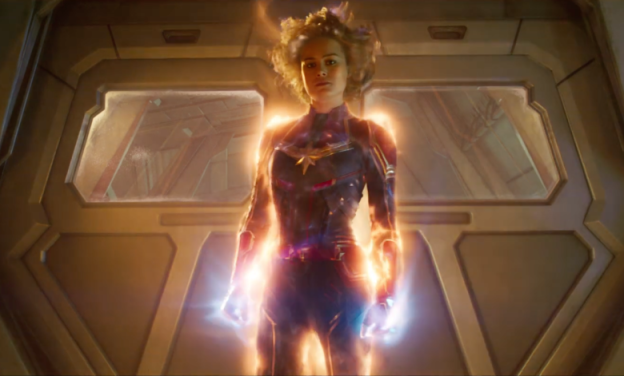 DisneyLife customers complained the service didn’t actually have some expected Disney titles, like all of the Marvel or Star Wars movies. That was a direct result of Disney’s distribution deals with other companies. For Disney +, the Journal notes, “Disney is working to regain the rights to some movies and shows that are tied up in other distribution deals so it can offer them exclusively on the new service.”

Case in point: Captain Marvel will be the first Marvel Studios movie to bypass Netflix and go straight to Disney+. Meanwhile, Disney has been fighting to get out of its Star Wars distribution deal promising the TV rights to TBS and TNT.

It might be years before the company can fully disentangle itself from all other deals like that one around the world. As a result, in public statements, Iger has already attempted to prepare consumers for the reality that upon its launch Disney+ won’t have every single recent release, although getting everything behind a Disney paywall remains the long-term goal. Opening up the cherished Disney Vault and unloading all of it on Disney+ is a pretty big band-aid, though.

2. Build up a technical infrastructure which can stand up against the competition and deliver consumers a comparable experience 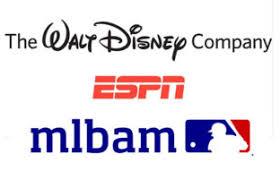 Disney+ will be powered by BAMTech, the streaming specialist company which started out as the digital arm of Major League Baseball and has since provided the tech infrastructure for HBO Now, PlayStation Vue, WWE Network and ESPN+, among others. Or, to be more accurate, Disney+ will be powered by Disney streaming Services, BAMTech’s unofficial new name ever since Iger did the Iger thing and bought the dang company in 2017. BAMTech continues to fulfill its contract with those outside companies, but it is forbidden from taking on any new customers. Disney+ is its highest priority. 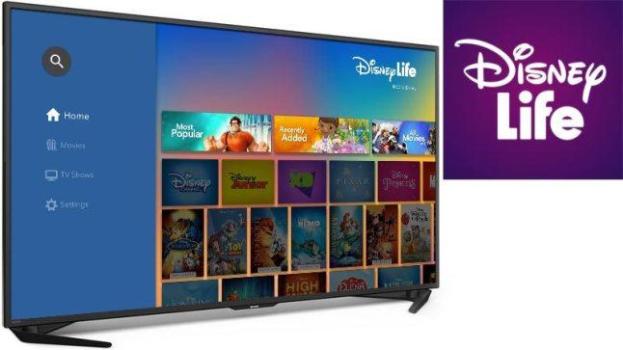 Disney has had a rocky, largely unsuccessful recent history with such tech takeovers, yet Iger’s crew still aggressively pursued BAMTech, buying a minority stake for a billion in 2016 and then upping to a 75% majority stake for an additional $1.58 billion a year later. The reason: DisneyLife. “Disney executives say the catalyst for the BAMTech deal was the streaming experiment in the U.K., which showed the company it had a lot to learn when it came to running a tech service.”

3. Be prepared to handle foreign currencies

As per the Journal: “DisneyLife expanded to Ireland so Disney could experiment with handling transactions in multiple currencies.”

4. Don’t assume a big, glitzy blockbuster movie-style marketing push will be as effective for a streaming service 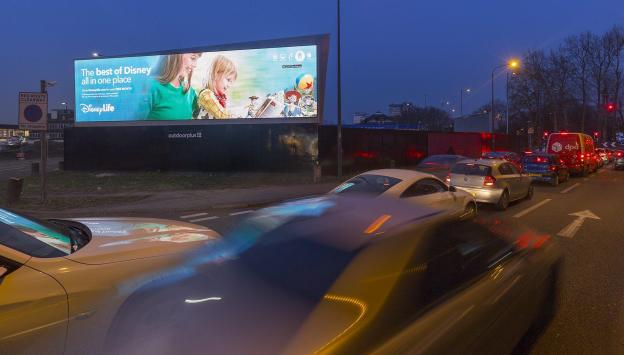 “Disney initially advertised DisneyLife with billboards and television commercials in the kind of marketing blitz it typically uses for movies like The Incredibles or The Avengers. People involved in the project say the company learned that getting subscribers to sign up for a monthly service required more pinpointed campaigns, such as promotional emails timed to land when users were most likely to sign up. The billboards came down.”

5. Customers might say they want compelling new programming, but in reality, they’ll just gravitate toward the stuff they already recognize 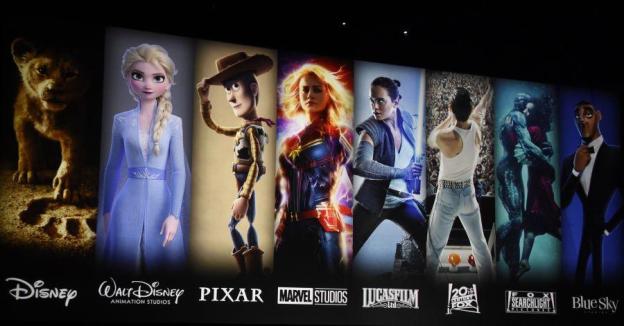 Disney executives are actively encouraging talent to pitch them mid-budget movies for Disney+. If there’s a family friendly movie which no longer makes sense for theaters but is perfect for streaming, they’re listening. They’re also throwing around generous salaries and big bonuses to those filmmakers they want to hire.  Anything to keep them away from Netflix.

Well, not completely anything. Whatever ends up on Disney+ still has to be on brand, and far more weight will be given to those projects with IP recognition over genuine originals.

“One of the lessons Disney learned in the U.K. was that subscribers say they want new programming but often just watch the old,” the Journal argues, pointing to DisneyLife data indicating subscribers streamed an exorbitant number of old Hannah Montana episodes and High School Musical movies at the expense of watching anything newer.

Other streaming services have noticed similar trends. The Office and Friends, for example, are actually Netflix’s most-watched shows. That’s why Disney is so intent on stockpiling the company’s back catalog behind a paywall, but it’s also why Disney+’s original content strategy is being built around new continuations/versions of Star Wars, High School Musical, Monsters, Inc., and individual Marvel shows for Hawkeye, Vision and Scarlet Witch, Loki, and Winter Soldier/Falcon.

In fact, “Each studio division—Pixar, Walt Disney Animation, Lucasfilm and Marvel Studios—has been ordered to produce shows and movies for the service that will be available alongside older fare.”