Melissa McCarthy has been a roll as of late with Identity Thief and The Heat, and Tammy looks like more the same – McCarthy doing the McCarthy schtick, for better or worse, playing a loud-mouthed character who goes on a road trip with her alcoholic grandmother.  However, the movie actually has a surprisingly dramatic side, and so far critics and audiences have turned on it, causing its box office forecasts to be downgraded slightly.  So, as you contemplate movies to see this July 4th holiday weekend here are 6 things worth knowing about Tammy:

McCarthy and Falone have been married for nearly a decade now, and have 2 kids together.  They first met at The Groundlings in Los Angeles when McCarthy announced to the class she was from an Illinois town (Plainsfield) no one’s ever heard of.  Falcone totally knew that town, though, because he grew up right next door to it in Carbondale, IL.  In fact, they later figured out that McCarthy, who is 3 years older than Falcone, used to regularly attend punk rock concerts hosted in a house literally one block away from Falcone’s family home. – Bullseye

5.  The story came to Ben Falcone in a dream

McCarthy and Falcone first started writing the script for Tammy six years ago, but the genesis for it actually came from a dream, as McCarthy explained to Collider:

Ben came downstairs, just having woken up, and literally said, “I had a weird dream, and I think I have to write it.  You go on a road trip with your grandmother, and she drinks and sleeps around.  I’m going to go write that movie.”  And I thought, “All right.  Why don’t you do that?”  So, he had it in a dream, and that was about six years ago.  That began the whole thing.  He says things, and I say, “That sounds great!”  I just agree with him, and it all works out.

4. They owe a debt to The Way Way Back 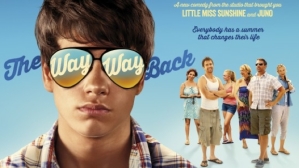 Before Tammy, Falcone had never directed before, and he didn’t really set out to change that.  The Tammy script he ultimately co-write with his wife kept getting kicked around Hollywood, with one noted director after another ultimately having to pass due to scheduling conflicts.  Then Nat Faxon and Jim Rash, friends of their’s, co-directed The Way Way Back from a screenplay they wrote.  It didn’t matter that they’d never directed before – they just did it, figuring it all out as they went.  That inspired Falcone and McCarthy, who called New Line to see if they’d let them direct Tammy.  At first, they hoped to maybe co-direct, but McCarthy’s schedule wouldn’t allow it so the task fell solely to Falcone. – Bullseye

3. Susan Sarandon is old enough to be Melissa McCarthy’s mom, not her grandma

The actual age difference between the actresses has left some annoyed even though wigs and make-up (and good genes) help actors play against their actual age all the time.  In this case, Sarandon is actually 67, McCarthy is 43, and McCarthy’s mother in the film is played by 54-year-old Allison Janney.

As Vulture argued, “This sort of thing happens all the time to actresses — once they reach a certain age, it’s like they’re filed away in a folder simply marked “old” — and it’s a problem their male counterparts rarely have to contend with.”  Vulture went on to remind us of the history of this kind of casting, Sally Field and Melissa Leo only being 11 years older than their respective on-screen sons in Forrest Gump and The Fighter, Amy Poehler only being 7 years older than her Mean Girls daughter Rachel McAdams, and Angelina Jolie showing up as Collin Farrell’s mother in Alexander despite being only 1 year older than him. – Vulture

2. It stars Kathy Bates and Sandra Oh as a lesbian couple

The central piece of the film is a “lesbian fireworks show” – that sounds dirty somehow, but, seriously, it’s just a fireworks show put on by lesbians.  McCarthy and Sarandon’s entryway to this show is through Kathy Bates, playing a cousin of Sarandon’s who managed to get out of the small town.  The role was so written with Kathy Bates in mind that over the years McCarthy and Falcone grew to referring to the character as Kathy even though her name in the script (and in the finished film) is Lenore.  They never actually thought they’d get Bates to do it, and felt that she brought such gravitas to a role which was mostly designed to serve as a goal for Tammy, i.e., grow up already and be more like Lenore.

As for Sandra Oh, she had natural chemistry with Bates since “They did actually know each other.  I think [Kathy] directed Sandra in things, so they were just comfy.  It just all really felt right.  They’re a great couple that you look at and just think, ‘What’s that magic?,’ because they just feel right together.” – Collider

1. It’s not the movie the trailers have been promising

Based on the trailers, you’d peg Tammy as being fairly similar to McCarthy’s Jason-Batemen team-up Identity Thief– McCarthy playing her typical loud character, road trip, improv galore, etc. It turns out that does roughly characterized the film’s first quarter or so, but it abruptly turns dramatic (Sarandon’s drinking and pill-popping, McCarthy’s depression) and rom-com-y (there’s a love interest played by Mark Duplass).  The critics all seem to agree that this is ultimately a shortcoming of the film: it doesn’t know what it wants to be, a common error for something coming from first-time directors and/or writers (like Falcone and McCarthy in this case).  It might also explain why Tammy only received a C+ grade from opening night audiences polled by CinemaScore – it’s not really the movie people thought they were going to get.

Have you seen Tammy yet?  If so, what did you think?  If not, did any of these 6 items change your mind, one way or another?  Let us know in the comments section.