Ever since Star Wars: The Force Awakens launched its ongoing campaign to trample every conceivable box office record in film history, it’s been easy to forget that there are actually other movies in theaters right now besides Star Wars.  Granted, none of them are even doing a third of what Star Wars is.  In fact, the combined domestic gross of the other nine movies in the most recent box office top 10 is still $100 million shy of where Force Awakens currently stands.  So, obviously your attention goes to Star Wars, but while it has been off in its own financial galaxy some notable other things have gone down at the box office:

The Chinese government released its official box office figures for 2015, reporting a year-end gross of $6.77 billion, a nearly 49% increase over the country’s gross in 2014.  At that rate of growth, China’s long-predicted day as the world’s biggest box office market might come a little sooner than expected, possibly just a little over a year from now.  The only thing that could stop China from overtaking North America to become the world’s leading film market by 2017 would be some kind of economic collapse, and that’s not going to…what do you mean the Chinese stock market plunged so hard this morning that the government stepped in and suspended trading for the rest of the day, but not before the country’s leading theater chains and film finance/production companies lost, on average, 10% of their market value? That doesn’t sound good. 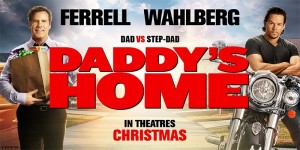 Sisters wasn’t exactly buried when it opened opposite The Force Awakens, but it’s not like it came in significantly above expectations either.  The real story is the way it has held strong ever since then, actually improving in its second weekend and declining a mere 10% in its third weekend.  With a current domestic gross of $62m, it has now surpassed Tina Fey/Amy Poehler’s prior collaboration, Baby Mama ($60m), and is Fey’s highest-grosser since 2010’s Date Night ($98m).

Daddy’s Home is similarly prospering as comedy counter-programming to Star Wars and the bunched up awards contenders.  It’s up to $93m after 10 days.  At this rate, in two weeks it will move past Ferrell/Wahlberg’s last movie, The Other Guys ($119m), and by the end of its run it will likely be one of the highest-grossing films of Will Ferrell’s career.

The experiment seemed to work: Opening The Hateful Eight as a one-week roadshow in only 100 theaters brought out more Tarantino enthusiasts than expected, grossing $4.6m, enough to crack the box office top 10, albeit just barely.  Then the Weinstein Co. expanded wide a couple days earlier than expected, putting the film into around 1,800 theaters on Wednesday instead of waiting until the weekend.  Now, its actual weekend gross of $15.7m is $5m short of what had been projected.  It now has a cumulative domestic gross of $29m, with direct competition from The Revenant on the way next weekend.

Something to keep in mind: After Pulp Fiction, Tarantino’s next four movies averaged a domestic gross of $50m.  It wasn’t until Inglorious Bastards ($120m) and Django Unchained ($162m) that his movies turned into megahits, and Hateful Eight is his first movie since 1997 to not open in at least 2,600 theaters immediately.

Among the awards contenders which have already opened wide, Joy, The Big Short and Concussion respectively finished in the #6-8 spots in the most recent box office top 10.  After ten days, Joy has a domestic haul of $38.5m, well ahead the pace of of David O. Russell’s prior Jennifer Lawrence collaborations.  American Hustle ($20m) and Silver Linings Playbook were sitting at $20m and $6m respectively by the 10-day mark.  However, it’s kind of a pointless comparison since American Hustle came out the week before Christmas and SLP the week before Thanksgiving whereas Joy came out on Christmas Day.  Moreover, SLP was an old-fashioned word-of-mouth hit which didn’t play in more than a thousand theaters until its 64th day of release; Joy’s been in nearly three thousand theaters from day one.

Hustle and SLP enjoyed extra long theatrical runs due to word-of-mouth and their onslaught of awards nominations.  That same fate might not be in the cards for Joy.  People don’t seem to like it as much, and it’s not getting nearly as many nominations (or any, depending on which awards body you’re talking about).  Instead, this year The Big Short is the one which is posting impressive week-to-week holds (it only declined 14% this weekend), and finding its audience through word-of-mouth and awards buzz.

Concussion posted the worst opening weekend of Will Smith’s career over Christmas, but it only declined 25% this past weekend.  With an Oscar nomination for Smith inevitably around the corner, it will be interesting to see if this one sticks around, especially with the NFL playoffs about to start. 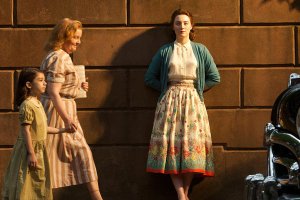 The Danish Girl, Brooklyn, Spotlight and Carol, all of which are now at least into their second month of release, all posted percentage increases (instead of decreases) this weekend, although only Brooklyn’s increase was in the double digits (+16%).  They’re all bunched up at the bottom end of the top 15, and none of them have found a particularly wide audience to this point.  Danish Girl and Carol each have domestic grosses south of $10m, and Brooklyn ($20.8m) and Spotlight ($27.1m) are in the $20m-$30m range.

The Revenant and Anomalisa are both playing in just four theaters, posting typically nice-sounding per-theater-averages.  Frankly, though, I don’t put much stock into those numbers anymore because in my years following box office statistics I’ve been burned far too often by analysts raving about per-theater-averages one weekend and then scratching their heads the next weekend when the movie expands wide and comes in under expectations.  That being said, The Revenant is almost exactly mimicking American Sniper’s release strategy, thus providing us with an obvious reference point.  Across its first two weekends, American Sniper amassed $2.2m whereas The Revenant is looking at $1.3m.  So, when Revenant expands wide next weekend American Sniper‘s record for biggest opening weekend in January is under no threat of being broken.

A Couple of Notable Milestones

Creed ($103m) and The Good Dinosaur ($114m) each reached the $100 million milestone, although that’s probably only considered good news for the former.   Warner Bros. has to be ecstatic that Creed is the first Rocky movie since 1985 to cross $100 million.  Sequel! Sequel! Sequel! No, seriously, when are they going to announce a sequel?

Disney, on the other hand, is stuck with the realization that Good Dinosaur will be the lowest-grossing Pixar movie of all-time, at least domestically.  Pixar’s prior low-water mark had been A Bug’s Life ($162m).