It’s 2017. Everything’s political. So, we can’t talk about the Oscars without first acknowledging the ongoing conversation over whether or not people like Bill Cosby or Roman Polanski should be expelled from the Academy as part of a potential “cleaning house” movement that started with the removal of Harvey Weinstein. As long as rapists are allowed to vote the Oscars are just another extension of the patriarchy, so the argument goes.

So, you can add “too morally objectionable” to the list of things which have been said to invalidate the Academy’s collective opinion on anything. It goes right alongside the Academy’s membership already being too old, too white, too male. Of course, the too-old-white-male argument goes back years, meaning the Oscars have actually been politicized for a while now, and the world has been tuning out.

Last year’s ceremony was the third-least-watched of the 21st century. In fact, the last time the Oscars actually saw a year-to-year ratings increase was from 2013 (when 40 million watched Argo beat, among others, Django Unchained, Les Miserables and Silver Linings Playbook) to 2014 (when 43 million watched 12 Years a Slave beat American Hustle and Gravity). It’s been a steady decline ever since, regardless of host or combined box office of the nominated movies. Not even nominating blockbusters like Mad Max: Fury Road, The Martian and The Revenant (combined worldwide box office: $1.54 billion) in the same year made a difference.

But as Arrested Development once put it:

I reference that quote because although it hasn’t actually worked out in the recent past the upcoming Oscars might just benefit from nominating some actual blockbusters for major awards. Departed Academy president Cheryl Boone Isaacs’ controversial diversity initiative, which seriously upped the Academy’s number of women and people of color but did so at the cost of admitting certain people who have astonishingly little film experience, likely directly resulted in Moonlight, a movie about the gay black man’s plight in America, winning Best Picture last year. 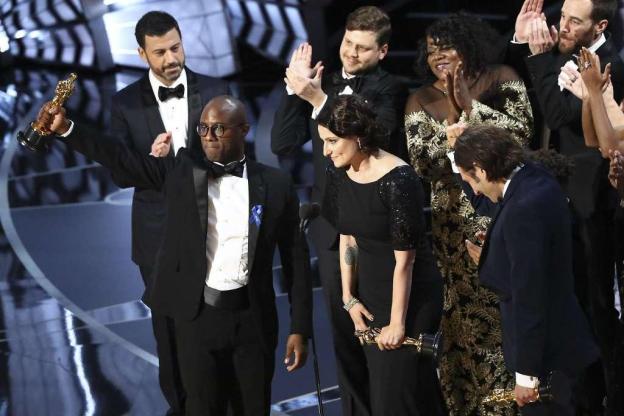 The importance of that cultural moment to a certain portion of the population should not be downplayed (I say that as the son of a gay man), and I don’t mean in any way to diminish it when I say this:

Moonlight was also only watched by around 3.1 million people (based on # of tickets sold) in theaters last year. By comparison, Wonder Woman was seen by that many people on its first night alone.

As the middle has fallen out of the film industry and what would have once been Best Picture contenders are now bypassing film altogether and instead becoming TV shows, the Oscars have been forced into honoring increasingly smaller films with increasingly smaller box office totals. It’s not great for ratings, but when Birdman (‘15 Best Picture winner), Spotlight (‘16 Best Picture winner) and Moonlight come out they deserve to be honored, regardless of ticket sales. Awarding those films at least ups the chances more people might seek them out.

I get that. The film purist in me even agrees with it (and is currently fighting back a particularly nerdy argument for why Boyhood should have beaten Birdman).

This year is different, though. This year is weird. In years past, we came out of September’s trio of film festivals – Venice, Telluride and Toronto – with a strong sense of the Best Picture frontrunners. We don’t have that this year. Pedigreed films which went into those festivals, like George Clooney’s Suburbicon and Alexander Payne’s Downsizing, with a lot of promise came out of them diminished by mixed critical and audience reaction. Guillermo Del Toro’s The Shape of Water at least emerged unscathed, and is a definite contender. As always, several smaller films came out of the festivals with heightened profiles, but the reaction wasn’t nearly as euphoric or ironclad as when people saw La La Land for the first time and were practically handing it Oscars on the spot.

Moreover, several Oscar hopefuls – Okja, First They Killed My Father, Mudbound, The Meyerowitz Stories, to name a few – are being distributed by Netflix, and unless it’s in the documentary category Netflix-distributed movies do not sit well with the Academy. Plus, awards hopefuls like Good Time, Detroit and Stronger have already made it into theaters but made no real impression at the box office, which might impact how much money their studios put into the all-too-important Oscar campaigns.

So, more so than usual, the Oscar playing field is a mess right now, and it just so happens that four of the five best-reviewed films of the year are all blockbusters, either in budget, total box office or both:

That, coming from RottenTomatoes, is also directly correlated to the number of reviews each film has received. For example, the suddenly surging-indie The Florida Project will almost definitely deliver Willem Dafoe an Oscar nomination, but at this point it’s only received 138 RT-recognized reviews.

But, screw it, let’s run with it because all five of those “best reviewed” films probably will and, more importantly, definitely deserve to be nominated:

Get Out was already nominated multiple times by the indie-leaning Gotham Awards, and has been said to be a shoe-in at the Oscars for at least Best Picture and Best Original Screenplay nods if not also Best Actor and Best Director. We already know, thanks to THR, Fox is planning a big Oscars push for Logan, gunning particularly hard to secure Patrick Stewart the Supporting Actor nomination he so richly deserves. WB is doing the same for Wonder Woman for any applicable category, especially Director, giving the Academy a chance to nominate its first female director since Kathryn Bigelow (who is a candidate again this year for Detroit) won it for The Hurt Locker.The Big Sick has the classic look of a well-liked indie which will get a screenplay nomination and nothing else, but that’s still something. The Academy’s odd Christopher Nolan-aversion notwithstanding, Dunkirk will surely pop up in the technical categories and probably Best Picture. 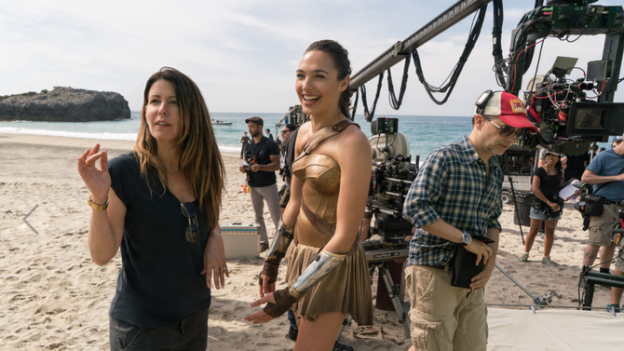 But why limit the discussion to those 5? What about Edgar Wright and Jon Hamm for Baby Driver? Andy Serkis for War for the Planet of the Apes? Pretty much everything possible for Blade Runner: 2049?

This has been a year of uncommonly good blockbusters (Logan, 2049, Dunkirk, Wonder Woman) and little indies (or indie-like movies made in the studio system) that actually found big audiences (Baby Driver, Get Out, Big Sick). At the same time, the normal Oscar bait hasn’t been cutting it so far. That can change fast, but at this point last year most everyone who’d been to the festivals knew Arrival, Moonlight, La La Land and Manchester By the Sea were Oscar-bound. A year later we don’t have the same certainty. So, really, what would be so wrong with showering the big movies everyone actually went to see with nominations?

Because then it would drown out the boost the Oscars are supposed to give small movies like The Florida Project. Movies like that need the Oscars far more than Wonder Woman does.

Sure, but at this point the Oscars might legitimately need Wonder Woman, Get Out and Logan. The ratings have been going downhill fast, and Hollywood gifted the Academy with some actually worthwhile blockbusters to nominate this year. What was that Arrested Development quote again?

Oh, yeah. This might have no impact on ratings. Maybe, then, I just want to see movies like Logan nominated because I think they legitimately deserve to be. Seriously, give Patrick Stewart his damn Oscar nomination. Maybe even Hugh Jackman too. 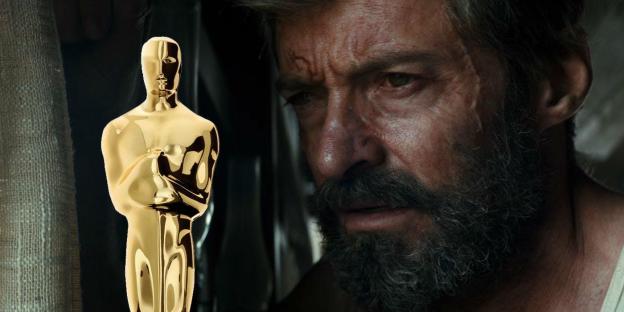 What do you think? Is all of this a waste of time since the entire Academy is a joke to you? Or do you just not get all of the love I’m showing Logan and Wonder Woman? Let me know in the comments.