Black Panther and Infinity War each soared into the rarified air of a domestic opening north of $200m. Ant-Man and the Wasp, however, just opened so low it might barely eclipse $200m across its entire theatrical run.

Welcome back down to Earth, Marvel Studios. But, as is fitting for its pint-sized titular hero, the Ant-Man franchise has always been a smaller play for Marvel -smaller budgets, smaller stories, smaller profits. Ant-Man and the Wasp might ultimately end up doing just fine for Marvel and Disney.

Going into the weekend, domestic opening weekend projections ranged from as low as $70m to as high as $85m, and after a stellar Friday Ant-Man and the Wasp seemed set to shatter expectations. However, a steeper-than-expected Friday-Saturday decline (-30%, the second biggest such decline for any MCU movie other than Avengers: Age of Ultron) brought it slightly back down to Earth.

The context: This is the fifth lowest opening weekend in Marvel Cinematic Universe history, trailing even Doctor Strange and Thor: The Dark World, both of which netted $85m debuts.

Remember, though, Ant-Man is Marvel’s lower-cost, lower-expectations palette cleanser franchise. Kevin Feige floated some more money Peyton Reed and Co.’s way for the sequel, but Deadline hears the net budget – meaning how much it cost after tax incentives – topped out at $162m. That makes this the cheapest Marvel Studios film since, well, Ant-Man back in 2015.

However, the first Ant-Man got away with grossing a modest-by-Marvel-standards $519m worldwide because it only cost $130m to make. With its bigger budget, Ant-Man and the Wasp needs to show some growth. So far, it’s done that in an acceptable fashion.

Plus, according to THR Ant-Man and the Wasp is pacing 45% ahead of its predecessor internationally. Heck, it’s already outgrossed the first Ant-Man in South Korea.

The temptation is to view all of this as a disappointment because, well, it’s all so pedestrian compared to what Black Panther and Infinity War did earlier this year. Panther, for example, equaled Ant-Man and the Wasp’s opening on its first day. Disney, however, went into this with more modest expectations and is quick to downplay any such comparisons. The studio’s new distribution chief told THR, “Ant-Man and the Wasp can’t be compared to The Avengers or a cultural phenomenon like Black Panther, and we are thrilled with where the film is.”

What’s next for Ant-Man and the Wasp: 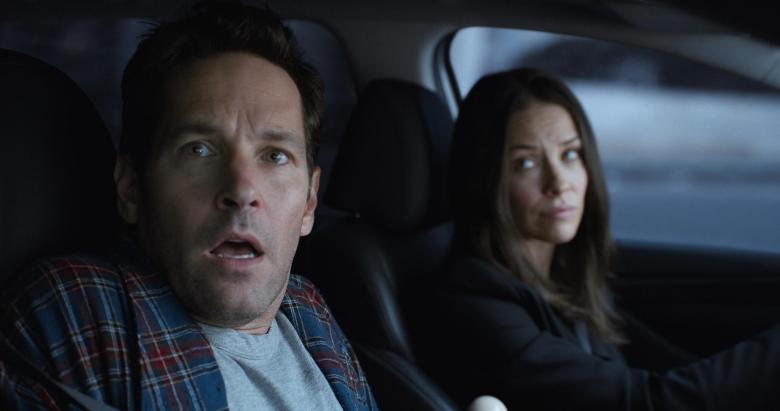 More international rollout. Disney dropped the flick into 45% of the international market this weekend but is slow-rolling its release the rest of the month, mostly due to the World Cup. So, sorry Germany (7/26) and the UK (8/3). You just have to wait a little longer.

Beyond that, as of right now Ant-Man and the Wasp doesn’t have a release date in China, which blacks out all international releases in the month of July as a strategy to promote its own homegrown product. Since the first Ant-Man grossed north of $100m in China and the country’s market has only grown since then, Disney is going to obviously do everything it can to get the sequel a release date, possibly in September or October.

Until then, Ant-Man and the Wasp has a domestic run to enjoy. The first film was one of the leggiest in Marvel history, leaning on surprisingly strong word-of-mouth to overcome a disappointing debut. Deadline and Forbes each predict Ant-Man and the Wasp won’t receive quite as big of a boost, not with Skyscraper on the way, but that it will still outgross the first Ant-Man and surpass $200m domestic and $600m worldwide, which would be high enough to turn a profit. I’m a little less certain. That Friday-Saturday drop is seriously concerning. This is the most front-loaded debut in Marvel history after Age of Ultron.

What’s next for the Ant-Man franchise:

Way, way too early to say. It wasn’t until 2 months after the release of the first Ant-Man that Marvel gave Peyton Reed the go-ahead for a sequel, but things are different this time. Now, the entire MCU is up in the air thanks to that finger-snapping Thanos. As a result, both Reed and Rudd have sounded hopeful, but also honest about how little Marvel actually tells them about these kinds of decisions. It’s an above-their-pay-grade kind of thing.

Ant-Man will be in Avengers 4 (and be hugely important to the plot). They at least know that much because it’s already been filmed. Rumors insist Avengers 4 might not only include time travel but also a time jump aging Scott’s daughter Cassie closer to the age she is in the comics when she becomes a superhero of her own. That would certainly pave the way for an Ant-Man and the Wasp sequel introducing the Young Avengers concept. Plus, they’ve only just scratched the surface of what can be done with the Quantum Realm. So, there’s certainly more material to play with here. Whether they’ll get the chance, well, we probably won’t know that for quite some time. Just ask the Doctor Strange people. That film’s director and screenwriter still have no idea if there’s going to be a Doctor Strange 2.

What’s next for Marvel Studios: