Look up the definition of awkward in the dictionary right now and it might show a picture of James Gunn sitting around a table talking to other Marvel Studios directors as part of a clearly taped-long-ago special feature for the Avengers: Infinity War home video release. One by one, the directors, including Ant-Man’s Peyton Reed, Iron Man’s Jon Favreau, and Infinity War’s own Russo Bros., heap praise upon Gunn’s unique infusion of comedy and personality into his Guardians of the Galaxy movies. At various stages throughout Marvel Studios history, certain movies have come along and changed things by expanding the definition of what we all thought was possible or acceptable. Guardians of the Galaxy was one such movie, and we’re not the only ones who noticed. Everyone who made a movie at Marvel, either before or after Gunn, noticed as well.

But now James Gunn has been kicked to the curb with hardly any hesitation over some (truly sick) jokes he made years ago, some of which he’d already apologized for. In the wake of his hasty firing, brought about by Disney quickly caving to social media pressure mounted by right wing trolls, a petition was launched to lobby for Gunn’s re-hiring. It quickly numbered over 200,000. The entire cast eventually joined and released a letter signaling their support for the man responsible for where they are today.

Though I don’t support James Gunn’s inappropriate jokes from years ago he is a good man. I’d personally love to see him reinstated as director of Volume 3. If you please, read the following statement- signed by our entire cast. pic.twitter.com/yARkC4HZ6y

If one internet mob can claim Gunn’s scalp as a trophy surely another, this time petition-signers and slippery-slope-worried entertainment journalists now headed by the actual cast members of the movies, can take that scalp right back and spare Gunn from the guillotine of corporate risk-aversion, right?

Not so, says Variety’s unnamed insiders: “I don’t see Disney re-hiring him,” an anonymous source told Variety. “Those tweets were so horrible and Disney has a different standard then other studios.”

Moreover, it’s not like the cast threatened some kind of walk out on Gunn’s behalf. Like so many of our current politicians are so fond of doing, they essentially released a strongly worded statement without promising any direct action. They’d like Gunn back, but they’re not going to go the mattresses to make it happen, mostly because they don’t exactly have good options here.

According to Variety, the actors can without their involvement from a Guardians of the Galaxy Vol. 3 but only under the sure threat of legal action since they are all obligated to appear in sequels. The cast has the leverage – without us, there is no sequel – but so does the studio – you don’t show up, we’ll sue you and we pretty much own half of Hollywood now. Good luck. 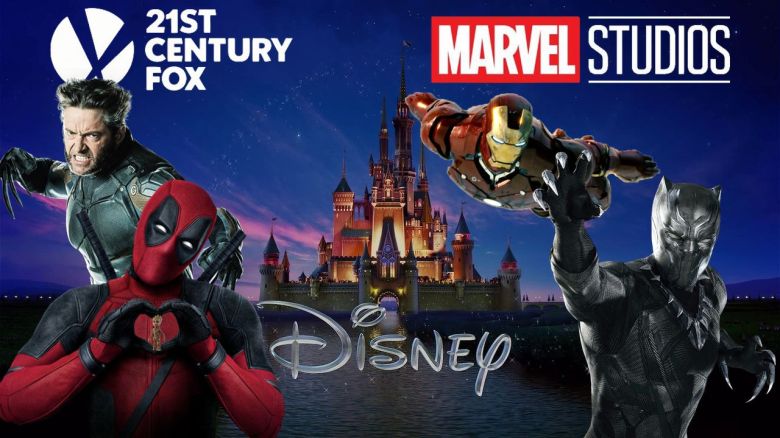 It’s highly unlikely anything so extreme will ever occur. Instead, the cast will have gone on the record as supporting their friend and the general concept of nuance in the age of rash judgment as well as their belief in people’s ability to change and better themselves. Disney will have heard them out and still decided that the guaranteed months of badgering from the alt-right and anyone else sickened by Gunn’s jokes along with steady threats of boycotts which would follow re-hiring Gun isn’t worth it. The brand, above else, must be protected.

Guardians of the Galaxy Vol. 3 ends up getting made – possibly delayed, but still made – with someone new, and as Variety reported it probably won’t be an in-house candidate like Taika Waititi or The Russos but instead someone new. If they go with someone relatively unknown, my money is on them plucking a woman out of the TV ranks, preferably someone who has worked on ensemble dramas or comedies (like someone from GLOW, perhaps); if it’s someone known, there’s always Edgar Wright.

No, seriously. It could happen.

Ok. Fine. That ship has sailed. But, this is Marvel we’re talking about. They hired the Bring It On guy to make Ant-Man, What We Do in the Shadows guy for Thor: Ragnarok, and Mississippi Grind people for Captain Marvel. Quirky, fringe, and unexpected is kind of their MO. This is such a high-profile case they might be more inclined to bring in or bring back a big name, but it’s just as probable they’ll pick someone totally obscure, like literally anyone who has made an indie movie set in the 70s or 80s over the past couple of the years (and thus in the same spirit of the Guardians soundtrack) or maybe Emily Carmichael since she’s the It Girl of the moment after writing Pacific Rim Uprising and Jurassic World 3.

Who do you think they might hire? Or do you think James Gunn still has a shot at being re-hired? Let me know in the comments.