It’s ok for things to end. We forget that sometimes in a pop culture universe where if we just wait long enough every new franchise ending is sure to be followed by a prequel, reboot or remake. However, even in this – the age of IP – some things still end.

Or, more accurately, don’t take it because Netflix won’t let you. Confirming the worst kept secret in Hollywood, the streaming giant canceled The Punisher and Jessica Jones this week, officially bringing The Defenders universe to an end. So, the next time you see Charlie Cox, Krysten Ritter, Mike Colter, Jon Bernthal, or Finn Jones on TV it’ll probably be in something totally different than the comic book roles they’ve been playing for going on 4 years now.

It hasn’t exactly been an amicable split. Netflix is very proud to brag that these shows, though canceled, will remain on the service for years to come. The stars, meanwhile, have all taken turns on social media to pledge their eventual return. Marvel TV boss Jeph Loeb sang a similar tune, promising in a post on Marvel.com, “Our Network partner may have decided they no longer want to continue telling the tales of these great characters… but you know Marvel better than that. As Matthew Murdock’s Dad once said, ‘The measure of a man is not how he gets knocked to the mat, it’s how he gets back up.’ To be continued…!”

The word is that as part of its deal with Netflix Marvel is not allowed to use these characters again for another two years, at which point who knows what will happen. Thus, we are again in that all-too-familiar space where this thing which seems to have run its course still might come back in some form because nature abhors an idle IP. 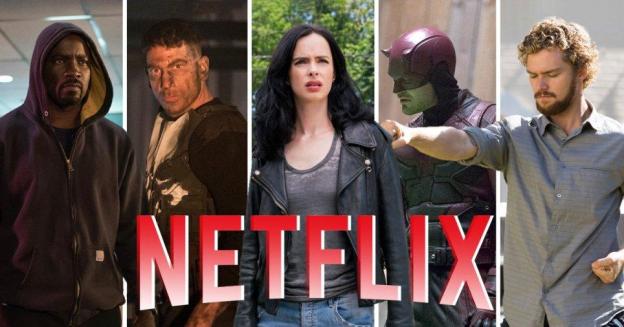 Personally, I have a bad taste in my mouth over how this all went down. Simply put, Netflix didn’t have to cancel these shows, but if they absolutely felt compelled to do so there’s no reason they had to rip off the bandaid like this and not at least extend the various showrunners the courtesy of getting to wrap things up on their own terms.

Why did this happen? According to THR, Netflix doesn’t actually own these shows and Disney does eventually want all of its Marvel properties – film, TV, or otherwise –  to be hoarded behind the Disney+ paywall. However, we can’t look at that and simply blame corporate synergy for the Netflix Marvel Universe’s demise.  There was no actual expiration date on Netflix and Marvel TV’s contract for these shows. For as long as Netflix kept renewing the shows, Marvel TV was contractually obligated to continue producing them.

So, even though they didn’t actually have to do this Netflix snapped its Marvel shows out of existence as a power move. As argued by Forbes:

“Netflix doesn’t want to be beholden to any third-party TV content, especially as Universal, Warner Bros. and Disney are gearing up their own streaming services that will cause the likes of The Office, Friends and Daredevil to vanish from the service anyway. The Thanos-worthy massacre of Marvel’s Netflix episodics was a power move, one designed to show that no show, and no IP, is more valuable to the Netflix brand than any other.”

It was once a big deal for Netflix to have Daredevil, but the power dynamic has shifted to where shows like Chilling Adventures of Sabrina, Russian Doll and Umbrella Academy aren’t important on their own – instead, they matter because they’re on Netflix and thus promoted to the service’s 140 million global subscribers.

Still, it’s worth remembering how monumental this deal with Marvel has been. The Defenders universe was first announced in 2013, a time when Netflix’s Originals consisted of House of Cards and the revived Arrested Development. The Avengers had just set box office records a year earlier. Nobody else but Netflix could or would even dare to mimic The Avengers’ “let’s make a bunch of expensive standalone movies for individual heroes and then build to them teaming up” strategy with 13-episode TV seasons overseen by completely different creative personnel. As Loeb joked in his post, “They said it couldn’t be done.”

No shit, Loeb. They said that because it had never been done before in TV history. 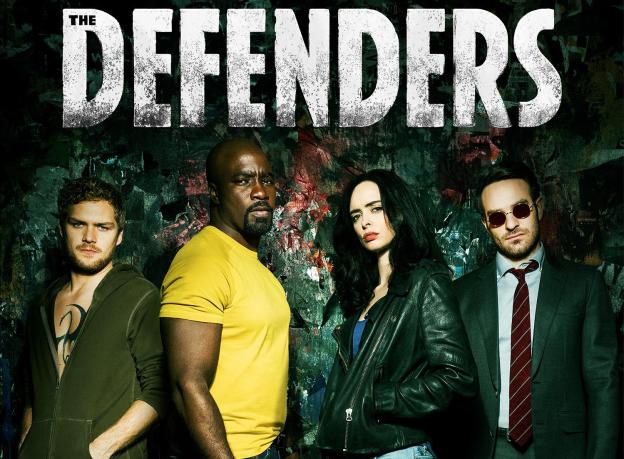 However, if we look at the Netflix Marvel universe from a critical standpoint the pain of how this all went down behind the scenes is softened by the realization that maybe now actually is the right time for all involved to simply pack up and move on.  The Netflix Marvel shows simply ran their course creatively – too much of the same formula, too many villains who were more compelling than the heroes, too many seasons that had far too many episodes, too few crossovers between shows.

Think of it this way: When The Avengers happened, it was the biggest movie of all time and the type of thing everyone wanted to talk about. Its success completely justified Marvel Studio’s wild gamble. On the flipside, when The Defenders happened and all of the Netflix Marvel characters teamed up it was one big “meh.” This little Netflix wing of the MCU was built for the express purpose of eventually crossing over together, yet The Defenders ended up being the least memorable thing any of the characters ever did, even with stunt casting Sigourney freakin’ Weaver as the nominal villain!

But we also have to remember that when this was first announced The Defenders was supposed to be it. Look back at those original press releases and you’ll find no mention of second seasons or additional spin-offs. The Punisher, for example, wasn’t part of that initial order. The only guarantee was Daredevil, Jessica Jones, Luke Cage, and Iron Fist would all get their 13-episode seasons and then team up for a special crossover series. Beyond that, nothing was promised.

In that way, then, we’ve been on borrowed time for years. I choose to be happy we got what we did. Even when the later seasons invariably disappointed, I still enjoyed revisiting these characters, writing about their latest adventures, and debating with all of you in the comments section. (Sorry I was so much harder on Daredevil: Season 3 than you.)

From those conversations, I know that for some of you this is no great loss since none of these shows ever realized their full potential. Which, fair. But let’s not forget what the superhero TV show landscape looked like before Daredevil ever rolled around. The Arrowverse was still developing. Agents of Shield hadn’t yet found its creative edge. A form-bending show like Legion wasn’t even a whisper yet. Moreover, on the film side Deadpool, Logan, and their R-rated game-changers were each years away.

The world lacked comic book movies and TV shows made for adults. (I remember EW cracked in its Daredevil review “Finally a comic book show which doesn’t seem designed to get me to put a poster of the title character on my wall.”) That’s what Daredevil and its followers first provided. Along the way, the shows managed to set various firsts for the MCU which never seemed to be fully appreciated.

We are, for example, about to celebrate the MCU’s first female superhero movie next month with Captain Marvel, yet at the same time Jessica Jones will be bowing out with her third season, making her an underappreciated MCU pioneer. Last year, Black Panther made history, yet Luke Cage had already been kicking ass in the MCU for years. Also, anyone quick to name Killmonger as the MCU’s best ever villain is forgetting Kingpin and Kilgrave (so many K’s, for some reason.)

However, that’s because the Netflix Marvel universe always did seem like its own separate thing, starring a bunch of heroes who never had a chance in hell of ever crossing over into the film universe. Maybe some of them will in a couple of years when Netflix’s exclusive window expires. Maybe we’ll get a Daredevil movie. Seems unlikely, but who knows?

For now, I’m fine with this being over even though it’s probably not truly over. After that Ben Affleck movie, the world was owed a better version of Daredevil, and Netflix was more than happy to comply. Now, Netflix is ready to move on and so am I, but it was a fun ride.