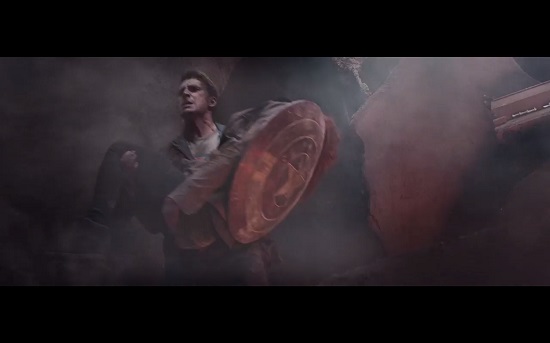 It’s official: Marvel is currently scheduled to release Captain America 3 on May 6, 2016, the same date Warner Bros’ recently claimed for Batman Vs. Superman.  No one should seriously believe that this is going to stick because someone is going to blink first, and it’s probably going to be Warner Bros.

Let’s be perfectly blunt here: it was a total dick move on Warner Bros.’ part two months ago when they delayed Batman Vs. Superman from July 17, 2015 to May 6, 2016.  Why?  Because for the past decade or so Marvel has always put out their tentpole release of the year in early May, and well before WB’s nonsense Marvel had already announced their intention to release one of their films on May 6, 2016.  In fact:

“The early May berth has been associated with Marvel since Columbia released Spider-Man in 2002. X2, the X-Men sequel from Fox, followed suit the following year. Marvel has released all of its Iron Man movies in that time frame as well as Thor and The Avengers. In fact, a Marvel-based movie has come out each May since 2006.  Additionally, that weekend is so connected to a comic book movie that retailers in North America organize a yearly Free Comic Book Day on the Saturday.”

You could see why WB wanted to challenge that status quo, though.  Recent late-summer superhero films have suffered from superhero film fatigue at the box office, but whoever gets to be first out the gate doesn’t have to deal with that.

So, when WB had to delay Batman Vs. Superman they figured they could get far away from The Avengers: Age of Ultron in 2015 and go bully a lesser title from Marvel in 2016, forcing them to reschedule when faced with the combined might of Superman and Batman.  However, in schoolyard terms, Marvel got their first, and they’re probably more amused than intimidated, offering up Captain America 3 in response.

So, suck it, WB, or at least that’s what Marvel is saying, with maybe a taunt of “Bring it on, old man!”

WB was said to be waiting to see which specific title Marvel planned on releasing as part of this game of release date chicken.  If it was something like a new property, such as Doctor Strange, then WB would stick to their guns.  If it was a sequel then they’d have to re-consider.

Well, they better find another date because while the first Captain America grossed a merely decent $371 million worldwide the Winter Soldier is projected to possibly end up somewhere around what Thor: The Dark World made: $641 million worldwide.  As a point of comparison, Man of Steel didn’t really do much better, finishing with $668 million worldwide.  So, by the time a Captain America 3 comes along Chris Evans’ Steve Rogers will have possibly become just as bankable on his own as Henry Cavill’s Superman was in Man of Steel.  On top of that, Evans will have also returned as Cap in Avengers: Age of Ultron, and his Captain America 3 will be the first Marvel film starring one of the Avengers to come out since Age of Ultron.

Here’s the problem: there isn’t a whole lot of real estate left in summer 2016 that would ensure Batman Vs. Superman healthy separation from the competition.  Fox has already claimed 5/27/16 in the name of X-Men: Apocolypse as has Sony with 6/10/16 for The Amazing Spider-Man 3.  Plus, Marvel has another, currently untitled (probably Doctor Strange) release planned for 7/8/2016.  When the superhero films bunch up like this, the studios usually prefer to space them out as much as possibly so that you don’t have big budget comic book movies opening in consecutive weekends or even two weekends apart.  The two weekends in May after Captain American 3 debut but before X-Men: Apocalypse does are both currently open, but that would be a lot of superhero films in a very short amount of time.  The wiser options would be late-June or (and more likely) very late-July, which is roughly when both WB’s The Dark Knight and The Dark Knight Rises opened.

Here’s a very rough, quick breakdown of how this has all played out:

That brings us up to today.  It’s all very amusing, in a ruthless high school kind of way.  However, they’re not stupid enough to actually have Captain America 3 and Batman Vs. Superman open head-to-head, right?  Regardless of what that would mean for their individual box office that would just be bad for comic book movies in general.  Sure, probably kind of fun for fans, but a bit too close to wearing audiences out before the summer has even started.  The summer of 2016, that is.  Yeah, that’s way down the line.  So much can and will change in the interim.