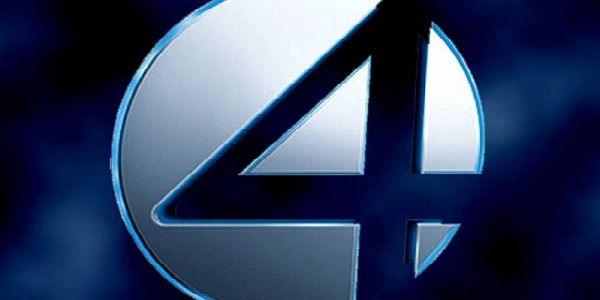 Where was The Fantastic Four?  That was the question everyone was asking after last year’s San Diego Comic-Con, the very same Comic-Con that delivered exclusive first-looks at early footage from Avengers: Age of Ultron and Ant-Man, which was all the more impressive since Ant-Man hadn’t even officially started filming yet.  By comparison, Fantastic Four was just about to wrap production, and scheduled to open in theaters a month before SDCC 2015 meaning SDCC 2014 was going to be Fox’s only chance to promote their next big comic book movie at the premiere comic book convention.  Yet no cast members showed up for a panel.  There was no exclusive first glimpse at footage nor were there even any publicity stills.  It was a complete no-show, which stunned many and instantly set off rumors of a troubled production.  I personally tried to remind everyone that Batman Begins also had a disappointing Comic-Con presence, and everything obviously turned out okay there.  However, it was undeniable that Fantastic Four‘s no-show was very strange.

Of course, everything about this movie has been kind of strange.  There was that time Fox bizarrely issued cease-and-desist orders to websites which were reporting controversial, non-comic book book-based plot rumors, and then there was the casting announcement which left everyone asking, “Wait, aren’t Sue and Johnny Storm brother and sister?  How is that going to work now that they cast a white girl (Kate Mara) and black guy (Michael B. Jordan) to play them?”  After that, Mara made the mistake of stating in an interview that their Fantastic Four wasn’t based on any particular comic, and Jordan appeared to indicate in another interview that the script was still being written as they were filming.  The film’s writer-producer Simon Kinberg seemed to go back and forth in interviews as to whether or not this Fantastic Four will share a cinematic universe with The X-Men.  Then Marvel started phasing the Fantastic Four out of the actual comics, citing poor sales and denying any, “Are you just doing this because Marvel Studios doesn’t have the film rights, and now you want to sabotage Fox’s movie?” arguments.

Cut to today, and nasty rumors are really swirling around Fantastic Four.  One anonymous Fox exec. has called the production “a mess,” members of the production crew claim they were mistreated by director Josh Trank, and Trank reportedly caused so much damage to the sets that the CEO of Fox had to fly in to personally apologize to the staff who had been responsible for building the sets to begin with.  These rumors characterized the film’s upcoming re-shoots as having been mandated by Fox executives who are worried about the production and deeply unhappy with Trank to this point.  BadAssDigest, one of the leading authorities on comic book movie news, swooped in to claim that their sources tell them there’s nothing to the rumors, and the re-shoots are simply to beef up the action for what turned out to be a very character-driven movie.  However, a big part of the reason many have been disinclined to give Trank and co. the benefit of the doubt is that it is simply highly unusual that a film of this scale has gone this deep into its production (they wrapped filming 6 months ago) without offering up any kind of promotional material along the way.  Plus, that release date has been pushed back by over a month and a half, from 6/19/2015 to 8/7/2015.  They will now get to promote the film at SDCC 2015, which is a good thing, but this all adds up to support the contention that this is a production which has not gone according to plan.

If so, they’ve done a good job of hiding any signs of that in their first teaser trailer, which was unleashed online earlier today:

One of the things Michael B. Jordan has said about this new Fantastic Four is that it won’t even really feel like a comic book movie, and this teaser definitely keeps the actual comic book powers to a minimum, offering mere glimpses of The Thing post-transformation (Jamie Bell) and Johnny Storm getting all fired up.  We don’t actually know if Sue Storm is using her powers in any of the shots in the teaser because they could have simply made her truly invisible instead of oddly translucent ala what they did with the Jessica Alba version.  There is a suggestion of Reed Richards (Miles Tellar) using his powers, but his arm reaches toward the camera and whatever stretching it does after that occurs off screen.  I’m not loving the very green screen-y environment they seem to be having a fight in toward the end of the teaser as it looks unfinished and not in keeping with the more grounded visuals populating the rest of the teaser.

Maybe they’re holding back on the powers until using them as money shots in future trailers, or they’re simply limited by where they are right now with finishing the special effects, i.e., this version of The Thing will be completely CGI ala The Hulk.  However, I like to think that it’s really more that they’re simply trying to trick audiences into forgetting that this is still a story about a guy who becomes all rocky, a guy who gets covered in flames and flies, a girl who turns invisible, and a guy who’s just really stretchy.  You could also offhandedly belittle the premise of Thor as sounding incredibly goofy.  However, there you had Marvel and Kevin Feige in which to trust, and although Fox has done well lately (X-Men: First Class and Days of Future Past) they still made Origins: Wolverine and Fantastic Four: Rise of the Silver Surfer.

There is precedent for a comic book film franchise moving from regrettable camp (Batman & Robin, the 1990 Captain America) to badass feats of serious filmmaking (Batman Begins) or at least competence (Captain America: The First Avenger).  Josh Trank (Chronicle) clearly has big plans for legitimizing the Fantastic Four as worthy film characters.  However, regardless of tonal shifts and advances in technology won’t someone like Reed “Mister Fantastic” Richards and his patented stretching ability always look kind of goofy?  Is he perhaps best either left as a cartoon character, or in more light-hearted material like the original Fantastic Four films to be enjoyed by less discriminating younger audiences?  This new teaser is ever so Christopher Nolan-y about it, but I find myself skeptical that a super serious approach will ever truly work for Fantastic Four, although it was pretty much their only option after where they went with it in the earlier live-action films.

They do at least have a fantastic cast this time.  Last time, they had a fantastic actor in a thankless role (Michael Chiklis as The Thing), an up-and-comer not yet living up to his potential (Chris Evans as Johnny Storm), and the absolutely least convincing romantic couple since Liza Minnelli and David Gest (Ioan Gruffudd as Minster Fantastic, Jessica Alba as The Invisible Woman).  They’ve gone much younger with this new iteration, landing up and comers who’ve been awards-worthy elsewhere, Michael B. Jordan (Fruitvale Station), Kate Mara (House of Cards), Miles Teller (The Spectacular Now, Whiplash), and Jamie Bell (Billy Elliott).  I don’t know that you actually get much of an indication of their acting in the teaser, but I’ve seen enough of them elsewhere (well, not so much Jamie Bell) to trust that should this film fail it will not be due to the performances.

However, I have no sentimental attachment to the Fantastic Four characters through comic books or cartoons, and just could not have cared less about the first 2 live-action films.  This is not to say those original films aren’t without some entertainment value, more so the first one than the sequel.  However, they were mostly miscast, looked relatively cheap, and have aged quite horribly.  That would seemingly make them ideal candidates for a more mature reboot, but what grand story is there really to be told about a family of superheroes and their best bud who gain kind of goofy powers through exposure to cosmic rays from outer space?  The rumors indicate that they are departing significantly from the comic books, creating their own compelling story to tell.  Simon Kinberg is as involved with this as he was with X-Men: Days of Future Past, which turned out well.  So, that’s encouraging. Plus, this teaser is far from horrible.  It actually makes this look like an at least vaguely intriguing science fixtion movie, but until I actually see what they’ve done with the powers of The Fantastic Four I remain skeptical.  Even if the powers look a bit wonky, if they make us care about the characters it might be workable.  I didn’t see enough of either of those in the teaser.  Everything about this movie to this point has suggested a train wreck.  So, they get points for making a teaser which looks competent, albeit very, very, very Interstellar-y: