There’s an odd thing about being an American sports fan: You never want the athletes to gain a sense of perspective (or at least you’re supposed to be worried once they do). The second they start saying things like, “Well, it’s just a game,” is the moment they’ve apparently lost focus. Yes, we know how silly it is to devote so much time and energy to rooting for our favorite team, but we want to believe the players are just as obsessed with winning as we are with seeing them win. When they just miss out on going to the World Series we don’t want Prince Fielder of the Detroit Tigers telling reporters afterward, “It’s not really tough for me. It’s over […] If you have responsibilities you shouldn’t take your work home, you know? I’ve got to still be a father and take care of my kids, so, you know, I’ve got to move on.” How dare he use that moment to set an example for his kids – who were apparently standing nearby at that moment – on the important of balancing your work and family life! If we’re hurting after a loss the athletes should be too. We want them to be just as fanatical about their job as we are about the team they play for.

It’s that type of fanaticism that so many of us on the internet bring to film and TV. It’s not so much that we have an odd love-hate relationship with the actors ala athletes. For example, it’s not like I’m going to become enraged if I wanted The Imitation Game to win Best Picture, and after it loses Benedict Cumberbatch says something like, “It’s not really tough for me. I just got married, and my main focus right now is just enjoying my new wife’s company.” What I’m getting at is more about how we as fans can sometimes lose perspective about films. For example, as a geeky movie blogger I am supposed to be singularly obsessed with the things I write about the most, like Batman, Arrow, The Flash, and comic book movies. It’s never supposed to occur to me that (picking a random example) maybe spending more than 2,000 words dissecting the 1 minute, 30 second Daredevil teaser is a bit much because what the flip do I care? I love Daredevil! I shouldn’t waste time constantly asking myself, “Is this really that important?” just as I should never ever undercut my passion with a throwaway phrase like, “Eh, it’s only a movie. It’s not that big of a deal.”

However, somewhere between hyper-obsessed nitpicking and totally blasé going with the flow is a more elusive territory of detaching yourself from it enough to remember to have fun with it while still being critical. That can be difficult if you live in a constant echo chamber of movie news, reviews, satirical videos, and social media chatter, which is the type of place where before you ever even saw Star Trek Into Darkness you’d already hammered out multiple debates about how angry to feel if Cumberbatch’s John Harrison turned out to be Khan as expected.

Andrew Jupin, co-host of the WeHateMovies podcast, thinks that it’s because of these kinds of things that we as an audience have kind of forgotten how to have fun with big budget movies. It came up during his recent appearance on the How Is This Movie? Podcast when the host asked him about his thoughts on The Dark Knight Rises, one of the most nitpicked blockbusters in recent memory:

“[The reaction to that movie is] part of a larger problem with big budget moviegoing in that we have kind of forgotten how to have fun at the movies. I think that comes from the fact that everyone has a blog now. Everyone’s putting movie reviews on Tumblr, using Letterbox, Tweeting, or putting stuff out on Facebook. So, we’re in this hyper-critical age right now where everybody has something to say, and everyone is looking to tear something down. I will be the first to tell you that The Dark Knight Rises isn’t a perfect movie. There are many things about it that are silly or just flat out bad. Marion Cotillard’s death shake that she has in that movie is one of the silliest things I’ve ever seen.” 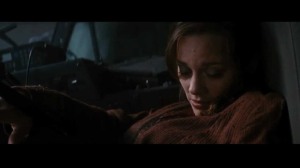 He’s not wrong – it is unintentionally funny. I would add that it’s not just the hyper-critical environment we live in which contributes to the need to tear down but also the ways Hollywood eventivizes all of its major releases, giving us months and months of build-up, cross-media marketing and licensing.  It’s also the unparallelled access to information we have, such as how sites like BoxOfficeMojo and Rentrak give us an additional but far more dubious criteria for judging films, i.e., box office gross. Jupin continued:

“But in the grand scheme of things that’s a totally fun movie, and I had a lot of fun watching it. I don’t feel the need to pick it apart. I feel the same way about Interstellar. There are people who argue that Nolan brings this on himself, that he claims to be this very heady filmmaker. But I think it’s kind of the opposite. He just happens to be a smart guy who makes these very adventurous movies, and it appears he’s this very pretentious suit-wearing so-and-so but when you look at the crop of stuff you to compare him to it’s kind of like that mentality where guys will say, ‘Oh yeah, college boy!’ I hope for a day when we’re okay with just kicking back at the movies again. It’s problematic because I am tired of the comic book movies and the sequels and the reboots and adaptations and the whatevers, but as long as that’s what’s coming out I’m not going to take it so seriously. I just enjoy being stupid in a big, dark air conditioned room for a while.”

Of course, if you have a deep, deep passion for Batman and see things wrong with The Dark Knight Rises I’d understand, but I am more drawn to his overall argument about our increasing inability to truly and simply have fun at the movies in this hyper-critical age. For example, I was recently on an Arnold Schwarzenegger kick, re-watching The Running Man and Total Recall, which was actually one of the most expensive films ever made at the time. The latter holds up far better than the former, but I found myself starting to nitpick certain things, thinking back to when I was a kid and wondering why I wasn’t more bothered by some of the gaping plot holes of The Running Man or confusing moments in Total Recall. Then I remembered that it’s because back then I didn’t care if The Running Man totally held together; I just cared if it was fun. For the most part, it still is, not amazing, but fun for exactly what it is – a cheesy 80s sci-fi action film with some prescient social commentary.

When Avengers: Age of Ultron arrives in May will I just be able to have fun with it, or will I be obsessed with the ways it both does and does not honor the most recent Iron Man/Captain America/Thor films? Will I be throwing out the standard Marvel criticisms, e.g., lazy macguffins, last act aerial battles, no one stays dead, etc.? I know that Terminator: Genisys, another summer blockbuster, is probably going to be a logical mess of confusing time travel logic, but will I let that distract me from simply having fun with it, assuming it’s not completely terrible?

Mark Hamill probably summed it up best for all of us when he was talking about the fan anticipation for Star Wars: The Force Awakens, telling The Hero Complex:

“The audience should ‘forget about it [and] look forward to all the summer movies. I’m telling you, it’s just a movie. These people that build it up in their minds like it’s going to be the second coming of, I don’t know what — they’re bound to be disappointed.”

Of course, he’s wrong.  To many, Star Wars ceased being “just a movie” a long time.  Yet, he’s also right.  The Force Awakens is quite literally just a movie.  Why does realizing the latter feel like betraying the former?

What do you think? Have we forgotten how to have fun with big budget movies? Or is part of the fun for you totally geeking out on all the little stuff, hashing out plot holes and other silly moments as well as your favorite moments? Or do you reject the entire notion of simply sitting back and having fun with a movie for two hours because that means you’re not critically engaging with it? To the comments!